Festivals celebrating and giving thanks for the bounty of the land have been observed around the world for a very long time. In the present day, Thanksgiving is celebrated in more than a dozen countries. In Germany, they call it Erntedankfest, or the Harvest Thanksgiving Festival. Japanese people celebrate Kinrō Kansha no Hi (Labor Thanksgiving Day). In Rwanda, it’s known as Umuganura (firstfruits) Day or National Harvest Day.

Here in Canada, we celebrate Thanksgiving on the second Monday of October. We gather with friends and family for a roast turkey feast celebrating the harvest and all the things we’re thankful for. This year, why not add some fun Thanksgiving jokes and riddles to your celebration? 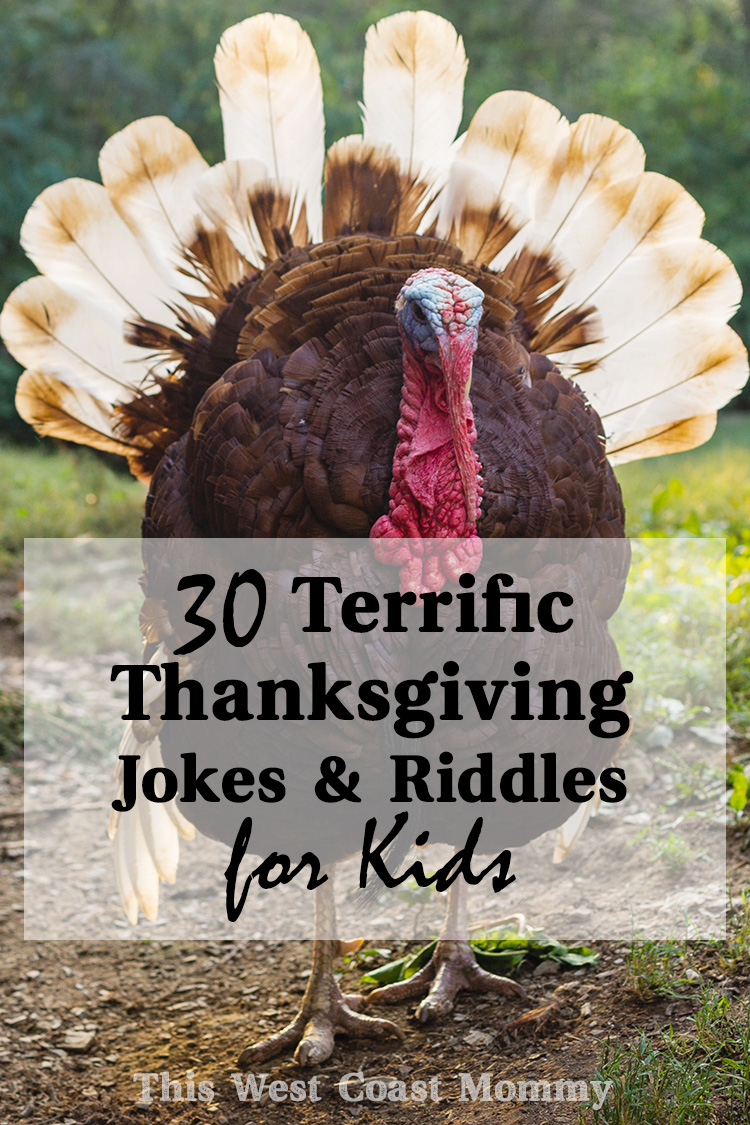 Knock, knock!
Who’s there?
Phillip.
Phillip who?
Phillip your plate and dig in!

Knock, knock!
Who’s there?
Don.
Don who?
Don eat all the stuffing please, I want some more!

Knock, knock!
Who’s there?
Possum.
Possum who?
Possum gravy on my potatoes, please. 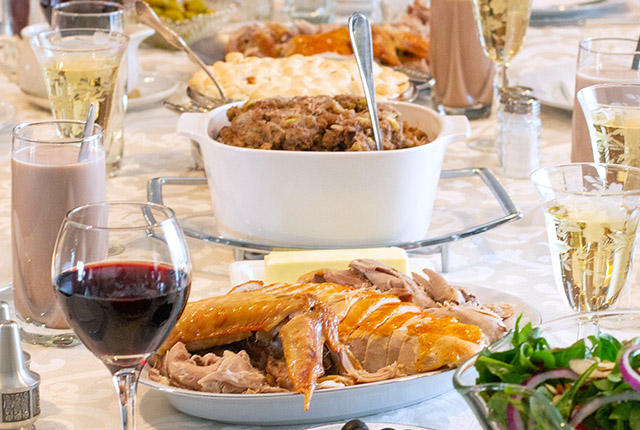 Knock, knock!
Who’s there?
Dewey.
Dewey who?
Dewey have to wait long for pie?

Knock, knock!
Who’s there?
Arthur.
Arthur who?
Arthur any leftovers?

Knock, knock!
Who’s there?
Norma Lee.
Norma Lee who?
Norma Lee I don’t eat this much! 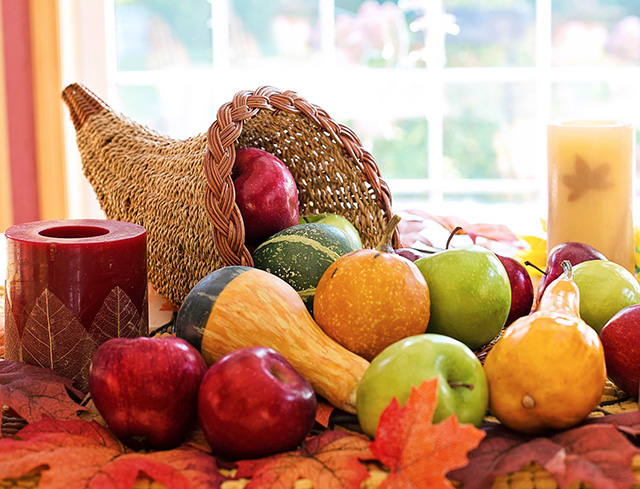 Where did the first corn come from?
The stalk brought it.

What did the corn farmer say after a good harvest?
“There’s polenta more where that came from.”

What did the turkey say to the hunter on Thanksgiving?
“Quack, Quack!”

Where do turkeys go to dance?
At the Butterball!

What did the turkey say to the computer?
“Google, google.” 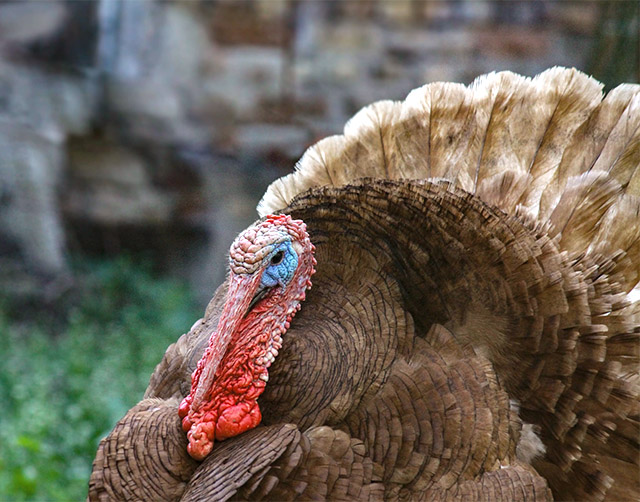 What do you get if you cross a turkey with a ghost?
A poultry-geist!

Which side of the turkey has the most feathers?
The outside.

Why was the turkey arrested?
Because the police suspected fowl play.

What kind of a key can’t open doors?
A turkey.

Why did the musicians ask the turkey to join their rock ‘n’ roll band?
Because he had his own drumsticks.

What happened to the turkey when he got into a fight?
He got the stuffing knocked out of him. 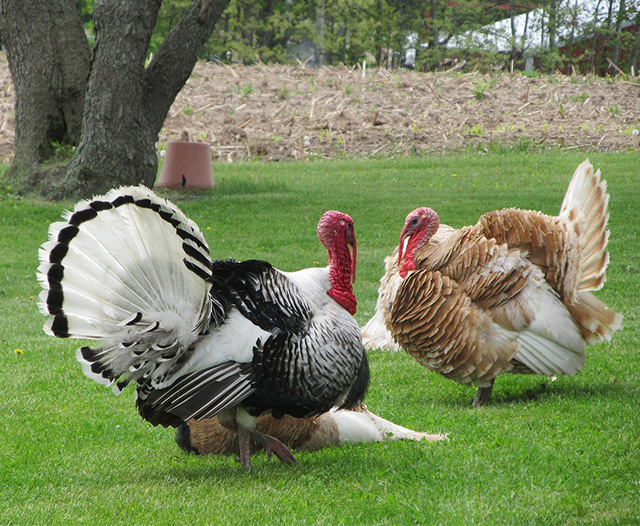 Why did the turkey cross the road?
Because he wanted people to think he was a chicken.

Why do turkeys go, “Gobble, gobble?”
Because they never learned good table manners.

Why did the turkey turn down dessert?
Because he was already stuffed.

Why did the cranberries turn red?
Because they saw the turkey dressing.

Why didn’t the cook season the Thanksgiving turkey?
Because he didn’t have enough thyme.

What smells the best at the Thanksgiving table?
Your nose! 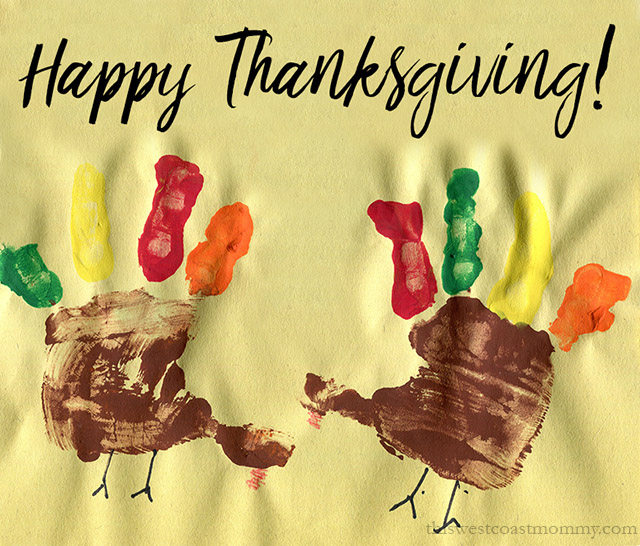