I can think of only a select few movies this year that I want to have in my personal collection. A very small number of films that I and my family will watch over and over again. Kubo and the Two Strings is one of them. 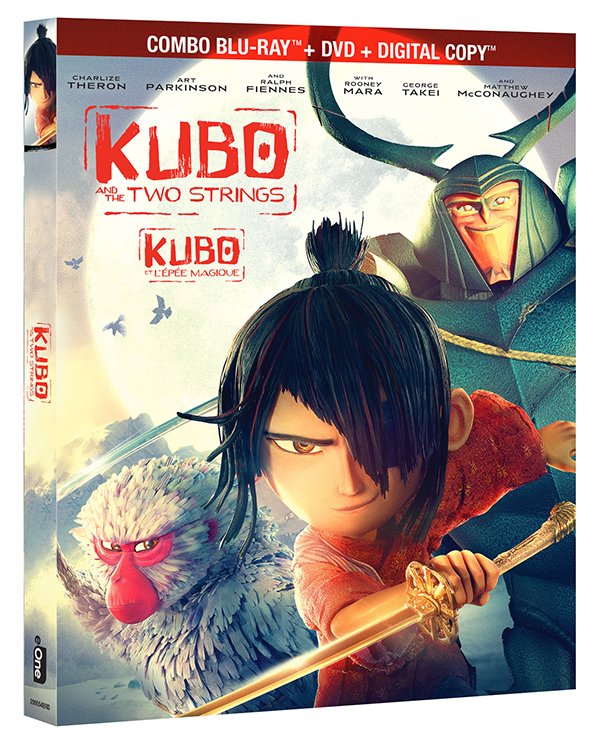 “Kubo and the Two Strings is an epic action-adventure set in a fantastical Japan from acclaimed animation studio LAIKA. Clever, kindhearted Kubo ekes out a humble living, telling stories to the people of his seaside town. But his relatively quiet existence is shattered when he accidentally summons a spirit from his past which storms down from the heavens to enforce an age-old vendetta. Now on the run, Kubo joins forces with Monkey and Beetle, and sets out on a thrilling quest to save his family and solve the mystery of his fallen father, the greatest samurai warrior the world has ever known. With the help of his shamisen, a magical musical instrument, Kubo must battle gods and monsters, including the vengeful Moon King and the evil twin Sisters, to unlock the secret of his legacy, reunite his family, and fulfill his heroic destiny.” 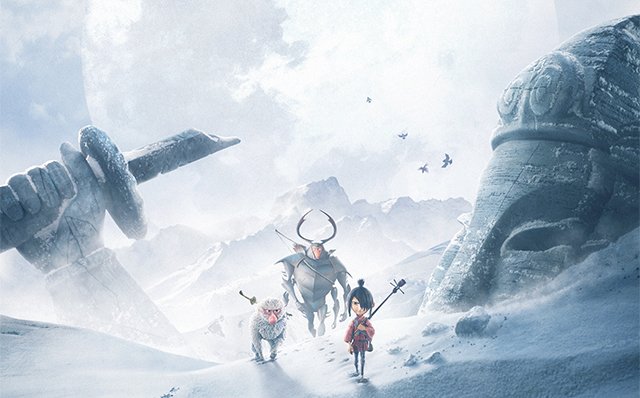 I’ve mentioned before how much I love stop motion animation. LAIKA Studio does it better than anyone, and Kubo and the Two Strings is the pinnacle of their achievement.

Kubo is such a beautiful movie, both visually and in its story, you’ll want to watch it more than once. You’ll also love going behind the scenes like this. (There are more behind the scenes goodies on the Blu-ray too.)

The Blu-ray release of Kubo and the Two Strings comes with a six-part making-of feature, two featurettes, and an audio commentary track from the Director/Producer.

Win Kubo and the Two Strings on Blu-ray

I love this movie so much, I want to share it with everyone! But for now I only have one Blu-ray copy to give away along with this limited edition collectible featuring animation faces used by LAIKA Studio during the production of Kubo and the Two Strings. Only 275 of these incredible keepsakes were made (comes with a certificate of authenticity). 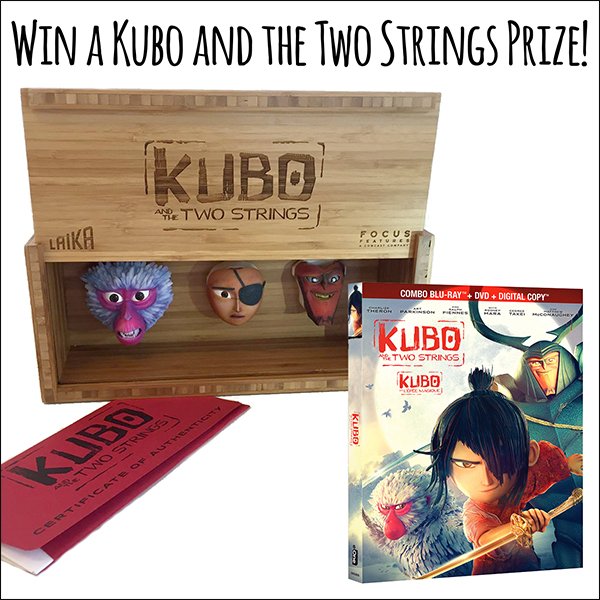 Enter in the giveaway widget below. This giveaway is open to residents of Canada only, 18+. All the winner’s entries will be verified.