This month we’re featuring Princess Merida from Brave. Unlike pretty much every other Disney Princess, Merida has no love interest. Rather, Brave is a coming of age story that focuses on the relationship between strong-willed Merida and her equally strong mother. As the mother of two determined little girls of my own, I appreciate that Merida has a spirit as vibrant as her untamed hair, determined to take the reins of life and forge her own fate.

Here’s Hasbro’s version of this fiery princess: the Disney Princess Royal Shimmer Merida Doll. With a pretty sparkly blue dress, large blue eyes, and long curly red hair, it’s clearly Merida. I did notice they’ve given her freckles though, even though Merida doesn’t actually have any in the movie. 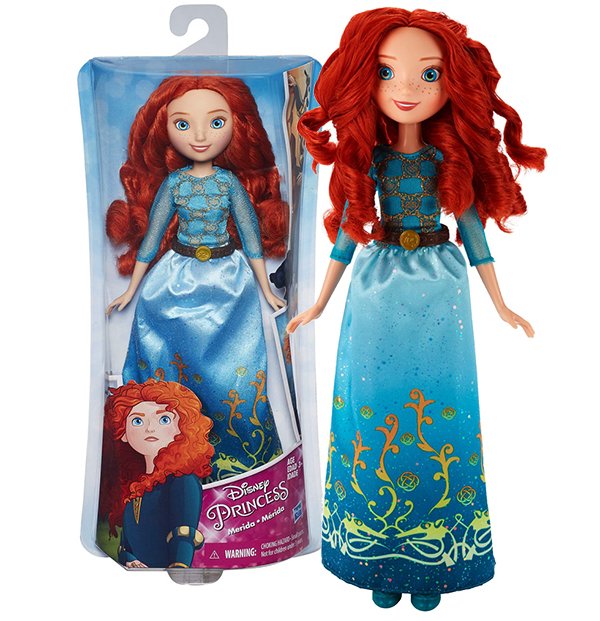 We also received this Disney Princess Merida’s Magical Story Skirt doll. It comes with a little blue Will O’ the Wisp water wand to brush on the white part of Merida’s dress revealing a secret scene of Merida shooting a bow and arrow astride her horse. I like that the hidden scene is done in a cross-stitch tapestry look which suits Merida and the medieval setting of the movie.

In case you were wondering, this is the same doll mold as Royal Shimmer Merida, just with different clothes. 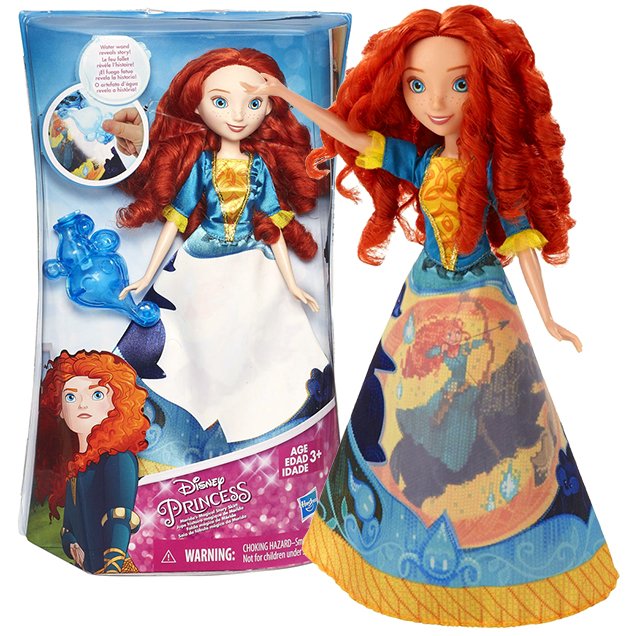 Finally, there’s this Disney Princess Little Kingdom Merida’s Playful Adventures set that captures one of the cutest moments in the movie when Merida’s little brothers raid the kitchen as baby bears. This Little Kingdom set comes with Merida in a detachable rubber skirt, peplum, and bodice, plus a bow and suction cup arrow (all one piece) and snap in bear ears. Baby Bear has a dish of stolen pastries that he can balance on his tummy. After close examination, I finally figured out that the blue translucent Snap-ins are the Will O’ the Wisps that lead her to her destiny in the movie. 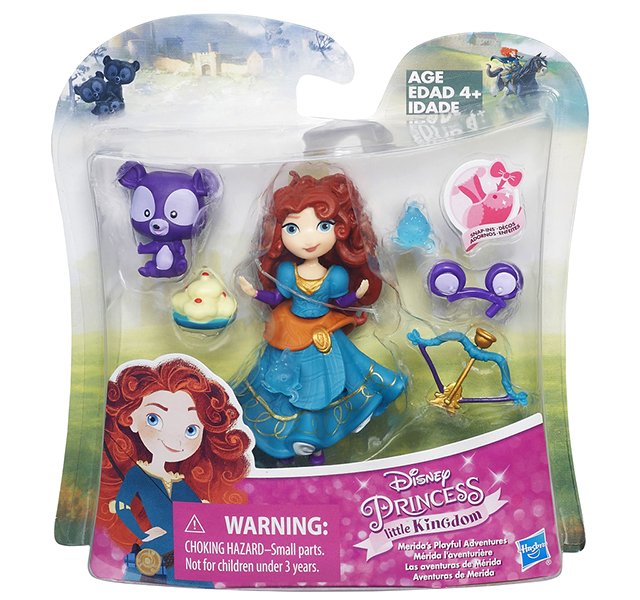 The kids just love these Little Kingdom sets. They’re tons of fun and easily stashable in pockets and backpacks to take along in the car or out to dinner. Just be really careful with the tiny Snap-ins as they’re very likely to go missing along the way. 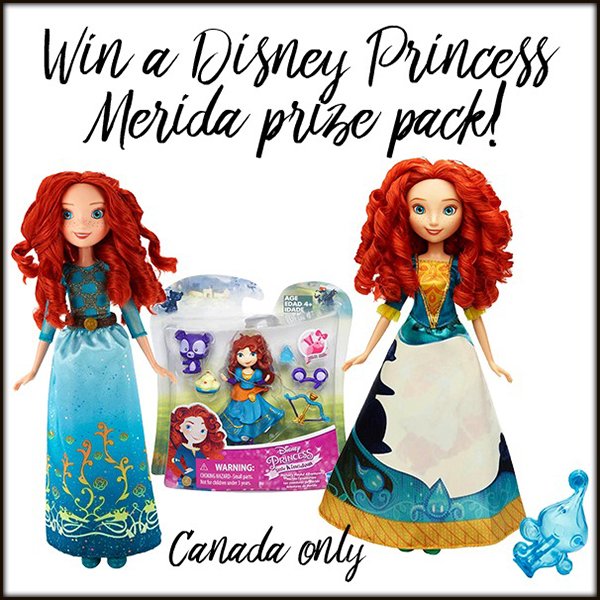 One of my Canadian readers will win the same assortment of Disney Princess Merida toys that we reviewed! Enter in the giveaway widget below. This giveaway is open to residents of Canada, 18+. All entries will be verified.

Disclosure: I received sample items for review. All opinions expressed are completely honest and my own, based on my personal experience. Your experience may differ. This post contains affiliate links. This West Coast Mommy is a participant in the Amazon Services LLC Associates Program, an affiliate advertising program designed to provide a means for sites to earn advertising fees by advertising and linking to Amazon.com. I will receive a small commission if you purchase through my link, at no additional cost to you. This income helps pay for the operating costs of my website – thank you for your support!