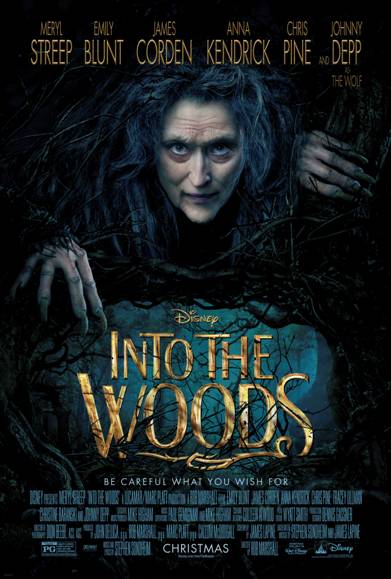 Hubs and I had a movie date last week thanks to my BFF who entertained the girls at her house for the evening. I was invited to attend the advance screening of Into the Woods, and I jumped at the chance! This movie is based on the Stephen Sondheim musical of the same name, so this was a no brainer for me. Yes, this heavy metal girl loves musicals!

“Into the Woods is a modern twist on several of the beloved Brothers Grimm fairy tales, intertwining the plots of a few choice stories and exploring the consequences of the characters’ wishes and quests. This humorous and heartfelt musical follows the classic tales of Cinderella (Anna Kendrick), Little Red Riding Hood (Lilla Crawford), Jack and the Beanstalk (Daniel Huttlestone), and Rapunzel (MacKenzie Mauzy)—all tied together by an original story involving a baker and his wife (James Corden & Emily Blunt), their wish to begin a family and their interaction with the witch (Meryl Streep) who has put a curse on them.” 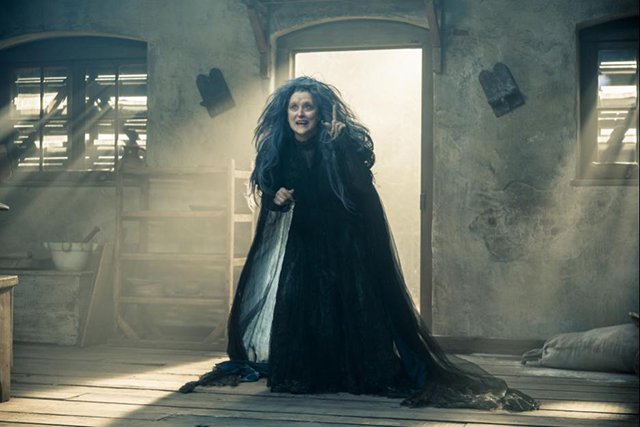 Meryl Streep as The Witch

I liked Johnny Depp as the Wolf, but I think Meryl Streep and Emily Blunt were the real stars here. The actors in this movie are known for their acting, not their singing, but overall they did a remarkably good job. I didn’t know Streep could sing like that! Back in the day, they used to dub over actor’s voices with “real” singers. Having seen West Side Story (one of Sondheim’s best) with Marni Nixon dubbed over Natalie Wood’s voice, I much prefer hearing the actors’ authentic voices.

The music itself was marvelous, some of Sondheim’s best, and I found myself humming pieces and singing snatches of songs all the next day. 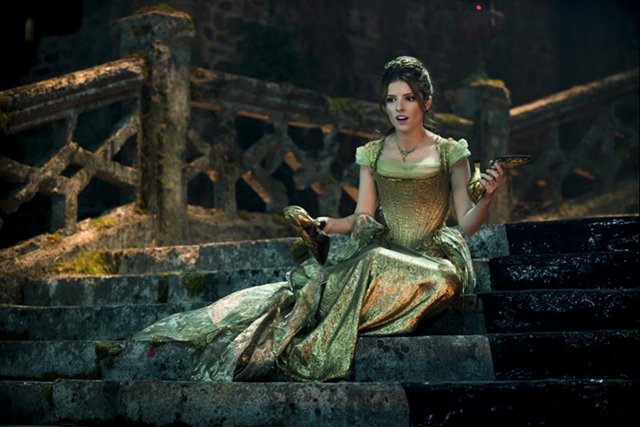 Anna Kendrick as Cinderella singing “Steps of the Palace”

The audience’s favourite scene – and mine – was the “Agony” duet sung by the two princes (Chris Pine and Billy Magnussen), where they compare notes about their respective unrequited loves and try to top each other’s melodrama. They do a stellar job of providing some comic relief, even if Pine’s character is smarmy and ultimately unlikeable in his treatment of both the Baker’s Wife and Cinderella.

I also really enjoyed the relationship between the Baker and his Wife. I’d never heard of James Corden before this, and Emily Blunt was another nice surprise for me. They both played their roles with a lot of character and complexity that moved them beyond their fairy tale stereotypes. 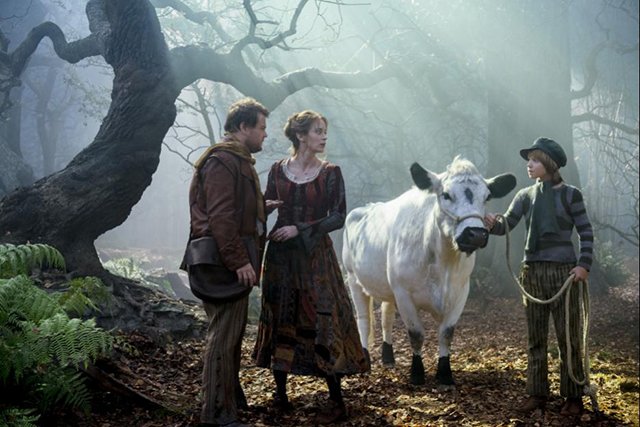 James Corden as The Baker, Emily Blunt as The Baker’s Wife, and Daniel Huttlestone as Jack

I love the original Grimm’s fairy tales and their gothic and sinister undercurrents. Most of those darker elements from the Broadway play remain in this movie. Cinderella’s stepsisters still cut pieces off their feet in an effort to fit the shoe, the birds still peck out their eyes, and Rapunzel’s prince still has his eyes put out by the thorns (the Brothers Grimm seemed to have had something against good vision!), but the mutilations themselves happen off screen.

The sexual tension between Red and the Wolf is downplayed but still present, mainly in the song lyrics. “Look at that flesh, pink and plump. Hello, little girl…” 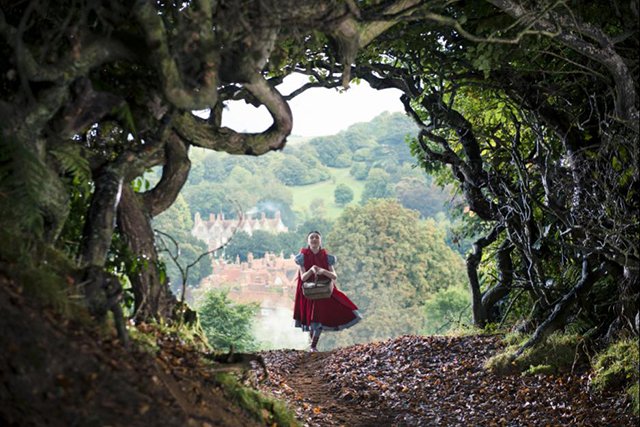 There are some significant edits made in the movie version though. Most notably, Rapunzel does not have twins, and she doesn’t die. Rapunzel’s kind of forgettable here actually, and her story feels like an afterthought. The changes make the movie more “family-friendly”, but the dichotomy is still present between the first and second halves (acts) of the movie. Even if you haven’t seen the the original Broadway version, the themes, the feel, the music is still there. The dramatic shift in mood and thematic focus on personal responsibility and consequences in the second half show us that happy endings are only real in fairy tales, and probably not even then.

For lovers of musicals and fairy tales alike, Into the Woods is a must see this holiday season. I can’t wait to get it on Blu-ray next year so I can enjoy this over and over, and introduce my girls when they’re a wee bit older. Into the Woods will be released in theatres on December 25, 2014.