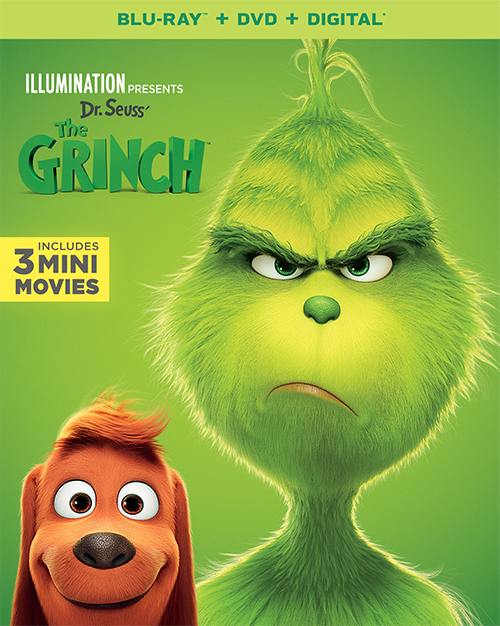 Dr. Seuss’ The Grinch is available now on Digital and on 4K Ultra HD, 3D Blu-ray, Blu-ray, and DVD on February 5.

Pick up your copy of Dr. Seuss’ The Grinch on Amazon!

You’re a mean one, Mr. Grinch,
You really are a heel.
You’re as cuddly as a cactus,
You’re as charming as an eel,
Mr. Grinch! 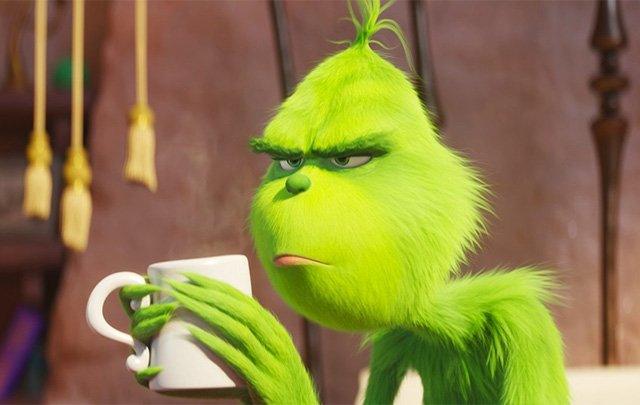 You already know the story…

The Grinch and his loyal dog, Max, live a solitary existence inside a cave on Mount Crumpit. His main source of aggravation comes during Christmastime when his neighbors in Whoville celebrate the holidays with a bang.

When the Whos decide to make Christmas bigger and brighter, the disgruntled Grinch realizes there is one way to gain peace and quiet. With help from Max, the green grump hatches a scheme to pose as Santa Claus, steal Christmas and silence the Whos’ holiday cheer once and for all. 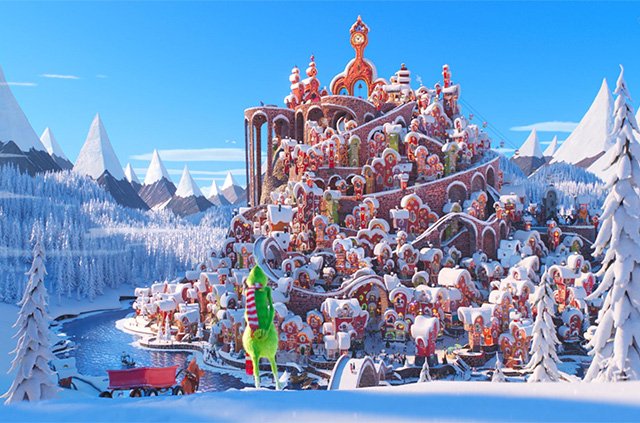 In the most recent incarnation of everyone’s favourite green villain, the Grinch is more of a grouch than a criminal mastermind. We get to learn a little bit more of the Grinch’s backstory which I appreciate. There’s also a secondary story line involves Cindy-Lou Who (who is a great deal more than two) plotting to catch Santa on Christmas Eve, which is what leads to the pair coming face-to-face mid-caper.

My kids’ favourite scenes (and mine too!) are when the Grinch is racing the clock to steal all the Christmas gifts and decorations in the town before sunrise. It turns out that somewhere in the Grinch’s misspent youth, he picked up advanced engineering skills that allow him to invent fantastic gadgets to help him along the way. We’re talking retractable sled runners, go-go-gadget extendable legs, and multi-purpose candy canes!

The new home entertainment edition contains more than 60 minutes of bonus content, including three mini-movies: “Dog Days of Winter” starring the Grinch and his heroically loyal dog Max; and “Yellow is the New Black” and “Santa’s Little Helpers,” both starring the lovable Minions. It also includes stunning featurettes, a how-to-draw tutorial, and much more. 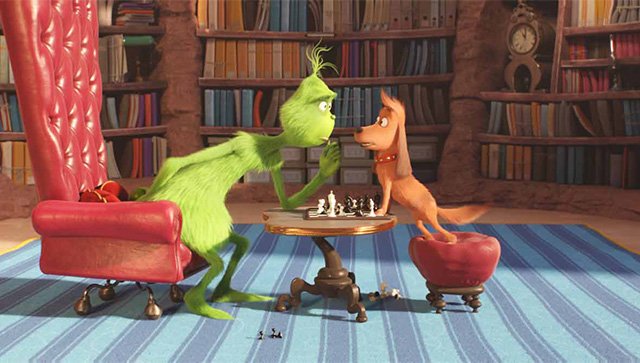 I’ve got a Grinch prize pack to give away including a copy of Dr. Seuss’ The Grinch on Blu-ray, this awesome Grinch beanie, and a mini box of Grinch Valentine’s Day candy conversation hearts. 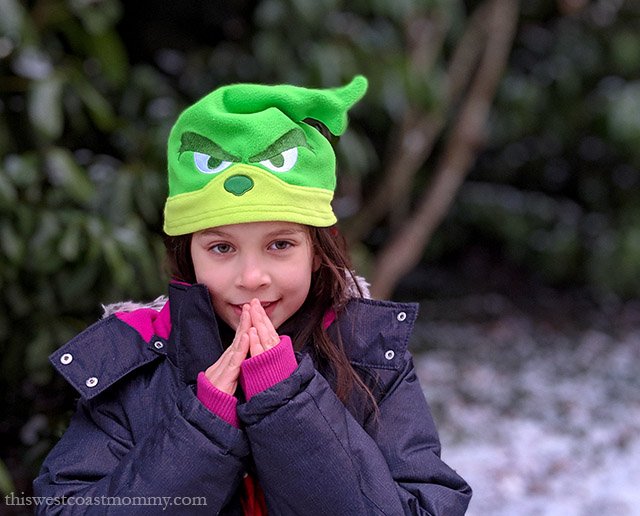 Enter in the giveaway widget below. This giveaway is open to residents of Canada and the U.S., 18+. All the winner’s entries will be verified.

Disclosure: I received a sample item to facilitate this review. All opinions expressed are completely honest and my own, based on my personal experience. Your experience may differ. This post contains affiliate links. As an Amazon Associate I earn from qualifying purchases, at no additional cost to you.