I was 13 when I first saw Edward Scissorhands. Like pretty much every other girl in my high school, I watched 21 Jump Street every single week and had a huge crush on TV heartthrob Johnny Depp. When I saw a trailer for a new movie starring Johnny, of course my then BFF Gail and I had to go see it in the theatre. One cold December day after school, we took a bus downtown and bought our tickets to see Edward Scissorhands. We weren’t exactly sure what it was about, but Johnny was in it, and that was enough for us. We both ended up loving this quirky and unlikely love story. It’s hard to believe it’s been 25 years since then! 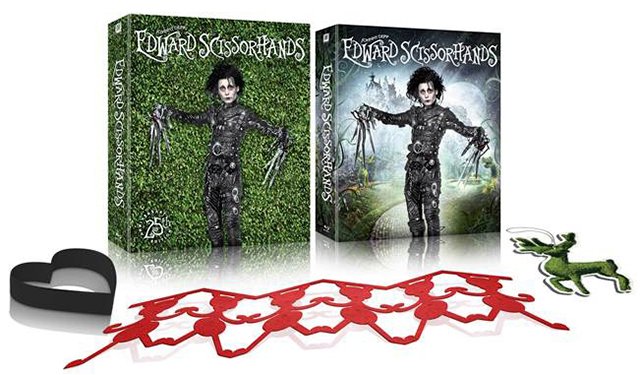 Johnny Depp delivers the performance of a lifetime as Edward, an irresistibly charming creation with razor-sharp metal hands and a heart of gold. Edward’s lonely life in a Gothic castle changes forever when he meets a kindhearted Avon Lady (Dianne Wiest), who takes him to a pastel paradise known as Suburbia. Thanks to his fantastic talents, Edward becomes a neighborhood sensation, but when he falls in love with Kim (Winona Ryder), he must go to extraordinary lengths to protect her.

The beautifully restored Edward Scissorhands: 25th Anniversary Blu-ray showcases Burton’s magical use of color, light and shadow, with clear, rich detail in even the darkest scenes. Considered Burton’s most personal and favorite work, Edward Scissorhands is one of Twentieth Century Fox Home Entertainment’s most successful films. Nominated for an Academy Award® for Best Makeup, the romantic dark fantasy film is recognized as a quintessential icon for Goth subculture. 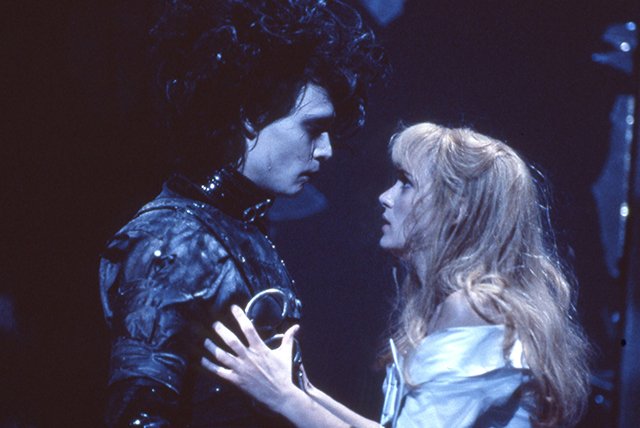 This remastered, all-new 4k Blu-ray and Digital HD version of Edward Scissorhands comes packaged with custom paper dolls like the ones Edward Scissorhands created for show and tell at Kevin’s school, a heart shaped cookie cutter, and a topiary air freshener that smells like fresh cut grass.

Disclosure: I received a sample item for review. All opinions expressed are completely honest and my own, based on my personal experience. Your experience may differ. This post contains affiliate links. This West Coast Mommy is a participant in the Amazon.com, Inc. Associates Program, an affiliate advertising program designed to provide a means for sites to earn advertising fees by advertising and linking to Amazon.com.