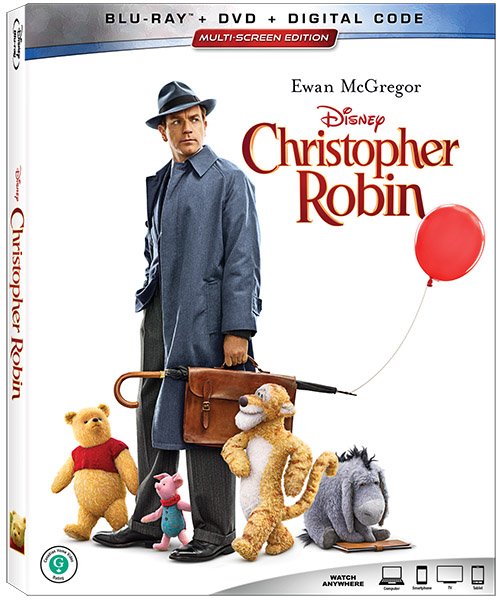 Disney’s Christopher Robin, a heartwarming, live-action adventure for the whole family, is coming home just in time for the holidays on Digital and Blu-ray. Embark on a spirited adventure with grown-up Christopher Robin, Winnie the Pooh, and friends, and go behind the scenes to discover how Disney’s beloved characters are brought to life.

This fun-filled tale features A.A. Milne’s timeless characters from the Hundred Acre Wood — Pooh, Tigger, Piglet, Eeyore, Kanga, Roo, Rabbit and Owl — making their first appearance as three-dimensional characters who remind Christopher Robin, and viewers of all ages, to appreciate the simple pleasures in life. This entirely new take on the Winnie the Pooh stories will transport parents back to the imaginative, carefree days of childhood and allow them to share their love of Pooh and friends with their own children.

The vintage visual design of the characters is inspired by Christopher Robin’s original stuffed animals, and the mix of live action and computer animation is fantastically well done. I really believed that Pooh and Eeyore were real, live, stuffed toys walking around in London. Who knew a toy could show so much emotion with just a subtle shift in stuffing?

My daughters loved seeing all their favourite characters come to life. Jim Cummings’ voice work shines as he reprises his roles as Pooh and Tigger, and Brad Garrett’s Eeyore is spot on. But for the grown-ups, this serves as a gentle invitation to remember the simplicity and joy of childhood, the power of friendship, and most of all, the importance of family. At its heart, this movie is about Christopher Robin’s relationships. His relationship with Pooh, and his relationship with his daughter most of all. Fittingly, Christopher Robin feels like running into an old friend after many years apart – curiously strange yet familiar at the same time.

Bonus features provide a heartfelt look at the making of Christopher Robin, showcasing the magical artistry that brings the classic characters to life, the human actors’ techniques for interacting with stuffed animals, and the filmmakers’ passion for their project. Bronte Carmichael, who plays Christopher Robin’s daughter Madeline, takes viewers on an exciting journey from the drawing board to film locations throughout the United Kingdom.

Features flash back to highlight Walt Disney’s fondness for Winnie the Pooh and recall the voice actors who lovingly portrayed the unforgettable voice of the iconic character. An exclusive digital bonus feature explores the actual teddy bear, given to Christopher Robin Milne 98 years ago, which inspired the original Pooh stories that have been shared and adored by families around the globe. 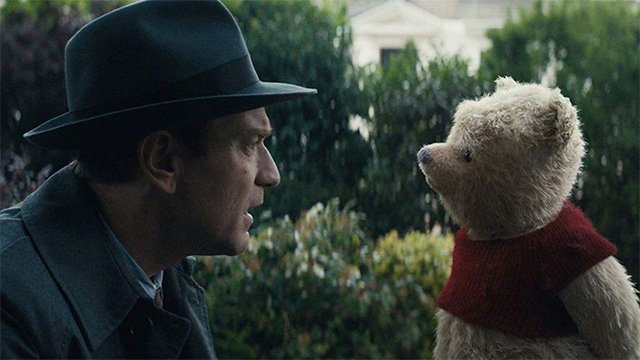 I’ve got a copy of Christopher Robin on Blu-ray to give away to one lucky reader. Enter in the giveaway widget below. This giveaway is open to residents of Canada, 18+. All the winner’s entries will be verified.