Childhood Tics: What Happened When We Tried 30 Days Without Electronics | This West Coast Mommy

Is your child living with tics?

This is the first time I’ve talked about this on the blog, because until now I didn’t have Kay’s permission. But now that she’s feeling in control of her body again, she’s given the go ahead for me to share her story and the intervention that helped her. She decided that if her story might help another kid like her, she wanted me to write about it. 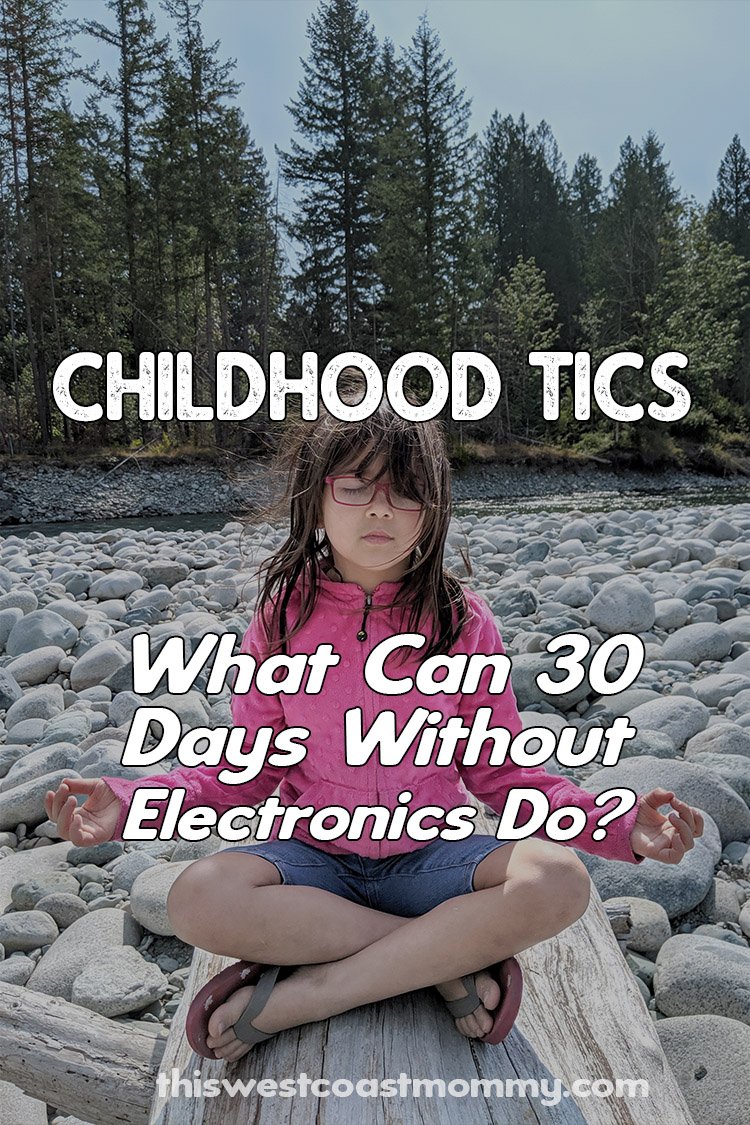 It started with a cold and a sore throat two years ago in kindergarten. As you would expect with a cold, Kay was sniffling and coughing and clearing her throat a lot. A week, two weeks, three weeks later, and she was still clearing her throat despite not being sick anymore. And then I noticed her flicking her tongue out every time she cleared her throat. The throat clearing and tongue flicking became more frequent (and louder), and it was soon very apparent she couldn’t stop.

Kay saw an ENT (ear nose throat) specialist and had allergy testing done to check for any potential physical causes for the throat clearing. Testing found nothing, so we got a referral to a pediatrician who diagnosed her with transient tic disorder. Did you know that an estimated 10% of kids experience some kind of tic during childhood? It’s a lot more common than most people think. Fortunately, most kids outgrow their childhood tics without any treatment, so the pediatrician advised we just ignore them as much as possible.

The first weeks after Kay’s diagnosis were pretty stressful for me. I cried a few times and tortured myself imagining worst case scenarios and all the ways that her tics might hold her back or negatively impact her life. But in reality, things went along reasonably well for a while. The tongue thing faded away after a couple of months, and most of the kids in her kindergarten class didn’t seem to notice her throat clearing that much. She tried to do her tics quietly in the corner of the room, and she continued to play with all her friends like she had before. But it was always on my mind that things might be different once she started elementary school.

And then it was grade one in a new school. Kay’s Montessori class was made up of kids in grades one, two, and three, and the older kids definitely noticed. More than once, she came home upset and frustrated that her classmates told her to stop making noises and didn’t believe her when she told them she couldn’t. With the support of her teacher, she practiced taking a walk, chewing gum, or having a drink of water to better manage her tics. Over the next few months, her throat clearing gradually got less frequent and slowly faded away. She was virtually tic-free for about four months and finished the school year feeling really good. 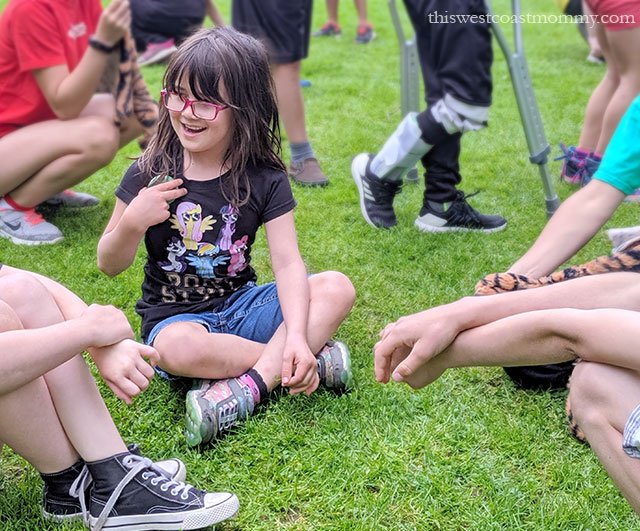 Unfortunately, near the beginning of summer, she started throat clearing again. Well, we had learned to live with it before and we could do it again, I thought. But within a couple of weeks her throat clearing morphed (as tics often do) into a new vocal tic. Instead of throat clearing, she began making a sort of squeaking noise.

At first it wasn’t that bad. It was only a few times a day and mostly under her breath. But it got louder and louder, and dramatically more frequent as the summer progressed. She got looks from passers by, and we stopped going to movie theatres and restaurants. As August drew to an end and we neared the first day of school, I didn’t see how she could handle being in a regular classroom. By that time she was basically shrieking out loud as often as two or three times a minute. I was terrified she would be bullied at school and ostracized from all her friends.

After scouring the internet for ideas, we stumbled over old forum posts from the early 2000s written by parents who had seen a difference in their children’s tics when they removed TV and video games. Of course back then, TV sets were mostly CRTs, a very different technology from today’s LED and LCD screens. Some parents speculated that it could be the refresh rate of those old CRT screens triggering tics, so we weren’t sure if eliminating modern screens would help, but anything was worth trying. 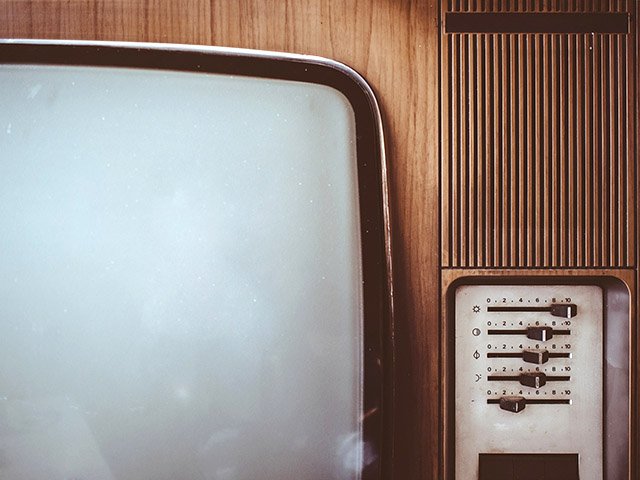 We instituted a complete ban on all electronics and screens for 30 days. Zero screen time. None. Nada. Zip. Zilch. No TV, no computers, no tablets, no peeking at my phone.

We were lucky enough to have Kay’s cooperation for this. She was very self-conscious about her squeaking and knew that she would have problems in school if things continued as they had been. Of course she grumbled about not being allowed to watch TV, but when we reminded her why we were doing it she was able to see the reasoning. It helped that it was still summer so we spent a lot of time playing outside instead.

READ MORE: 10 ways to encourage your kids to put down their screens.

Within four days we started to notice a difference in the frequency of her tics, but they were still quite loud. The first few days of school she did face annoyed looks and comments from her classmates. With the support of her teacher, my brave little girl stood up in front of the room and told her entire class of 20 children about tics and explained that she couldn’t help it, and that the more they paid attention to her tic, the more it would happen.

The longer Kay went without electronics, the better her tics got. By three weeks in, Kay’s tics were almost completely gone. She went from very loud, disruptive squeaking literally hundreds of times a day down to four or five times a day. The electronics ban was so successful we extended it another month, and by early October she had stopped ticcing entirely. 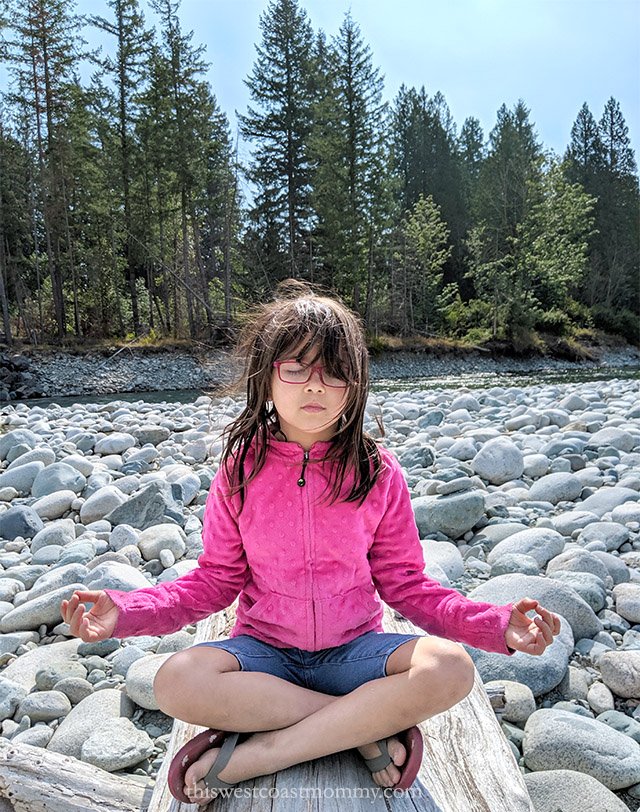 But of course it’s pretty hard to live modern life with no screens whatsoever. TVs, tablets, laptops, and smart phones are everywhere, including in Kay’s classroom. To be honest, I was very nervous about reintroducing screens. The electronics “fast” had made such a big difference, I worried that the tics would come back the minute she watched TV again.

So we started very, very slowly. Kay’s class typically starts each school day with a short warm-up activity on the Go Noodle app. So we started by having her join the class for this (she had been going to the support room to colour instead). After a week of this and no sign of her tics, we allowed Kay to watch 30 minutes of TV on the weekend. We slowly increased her allowed screen time, paying very close attention to any signs of her tics coming back. So far they’ve stayed away completely, and it’s been such a relief for all of us.

Our current routine is no screen time at all during the week, but Kay gets a couple of hours of screen time and a movie night with the whole family on the weekend. Her tics haven’t come back, but we still limit her screen use just in case. Either way, it’s better for her to be reading, playing games, building LEGO, or playing outside than staring at a screen, so we’re good with keeping this schedule for now. 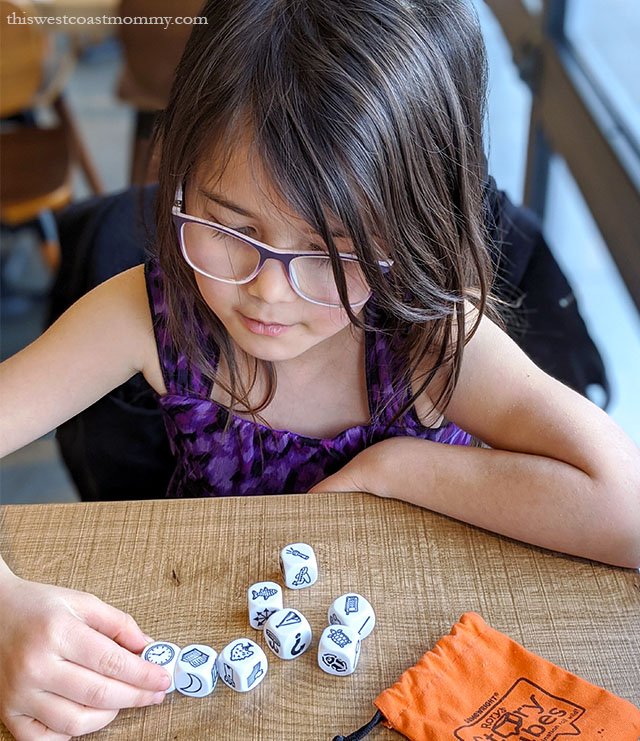 We still don’t understand the exact relationship between electronics/screens and tics. One theory relates to dopamine, a neurotransmitter in the brain linked to motivation and motor control. Without getting into the complex science behind it, too much dopamine is associated with a host of disorders including tic disorders (like Tourette’s), obsessive compulsive disorder, and schizophrenia. Along with other brain and genetic factors, tics are believed to be caused by overly sensitive dopamine receptors in certain parts of the brain. Since electronic media use increases the production of dopamine, removing screens may also help reduce dopaminergic activity and associated tics.

If your child is struggling with tics, try eliminating screen time for 30 days. I can’t say if you’ll have as much success as we’ve had, but compared to specialized therapy or medications that could have serious side effects, this is a simple intervention that produced almost miraculous results for my daughter. What do you have to lose?