With most of us still staying close to home right now, some new games are just the thing to break up the boredom and liven up family game night again. Asmodee Canada offers a fantastic range of adventure and strategy-style board games for the whole family. Take a peek at some of Asmodee’s bestselling games and let me know which ones you’d like to add to your game closet!

We’ve also teamed up with Asmodee to give away some of these games to one lucky reader. Be sure to scroll all the way down to the bottom of this post to enter the giveaway. 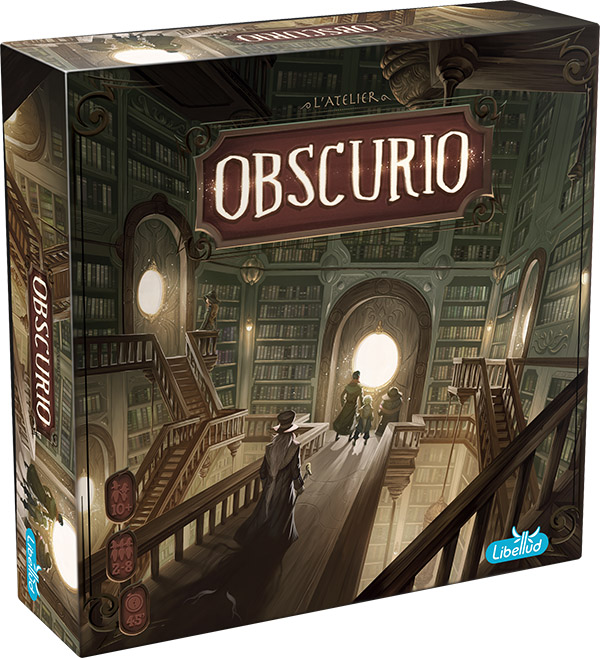 In Obscurio, the lure of a mysterious library was too great for you and your fellow wizards, and now you’re on the run with a valuable Grimoire under your arm and a vengeful sorcerer in hot pursuit! The Grimoire knows the way out of the library, but can you interpret its clues or will you be lost in the stacks forever?

Each round, the Grimoire will give clues to identify an Exit card, but it can only communicate by identifying elements of Illusion cards that relate. Once the clues have been given, you may openly discuss with your fellow wizards which door you want to try to escape through. But be careful! One of your fellow wizards is a traitor and will work to mislead you and the rest of the group. 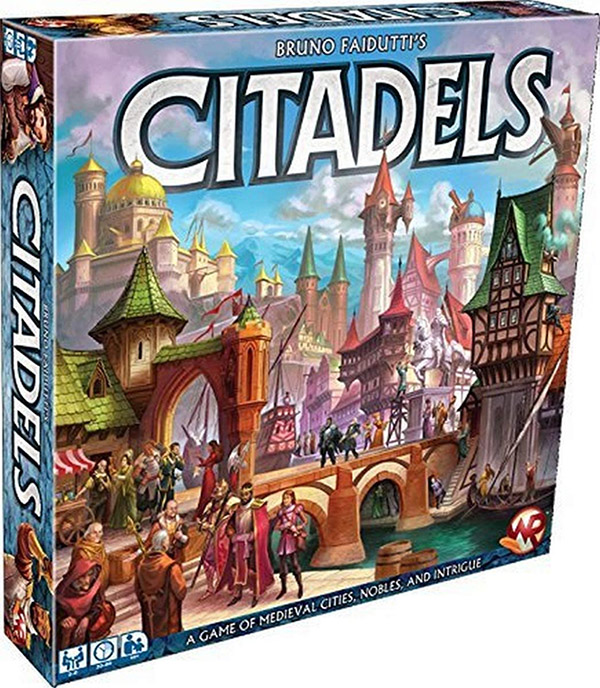 Plot, scheme, and deceive as you build fantastical cities in Citadels, Bruno Faidutti’ s classic game of card drafting, intrigue, and cunning characters. Become the new Master Builder of the Kingdom by constructing powerful edifices that stand the test of time. Get assistance from some of the kingdom’s experts like the Architect, the Merchant, and the Warlord. But watch out for the Assassin and the Thief!

This edition includes all the content from the previous editions by Fantasy Flight Games, along with new characters and districts developed by the original designer. Updated graphic design and all-new art brings to life an inviting realm rich in diversity and filled with possibilities. 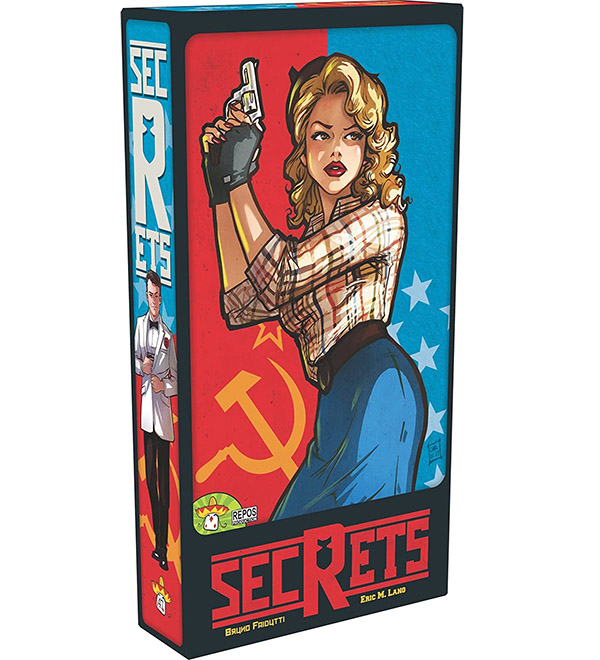 Secrets is the secret identity game of hidden teams, bluff, and influence set in the 1960s Cold War. As the head of a spy agency, you must try to recruit the best elements. Players are either members of the CIA or KGB, or hippies. Your team is defined at the beginning of the game, but affiliations change during gameplay so it’s hard to know who your allies are.

Each turn, secretly send a character to an opposing agency. The other player is free to take them in or send them back to you. Find your teammates, fool your enemies, and become the most influential agency. But beware the hippies. They could very well save the world! 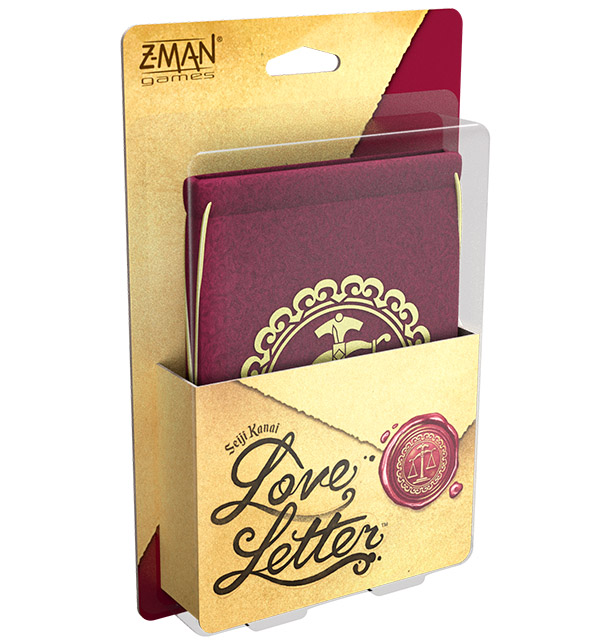 In Love Letter, a noble Princess is looking for an ideal partner and confidant to help with her royal duties when she one day assumes the throne. You must prove your worth and gain her trust by enlisting allies, friends, and family of the Princess to carry a letter of intent to her, while keeping other players’ letters away.

Successfully carry your letter to the Princess before your opponents catch you in order to obtain her affection and win her heart in this game of risk, deduction, and luck. This 2019 edition of Love Letter features new artwork by Citadels artist Andrew Bosley, screen-printed tokens, and two new characters that allow for games with up to six players. 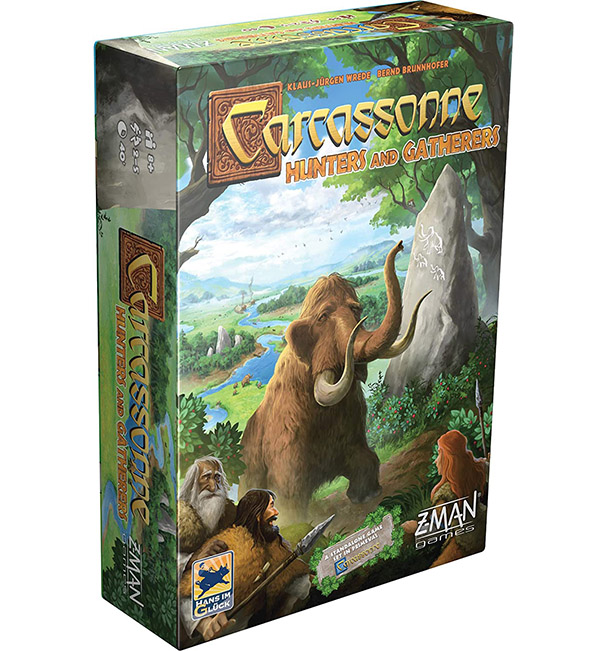 Carcassonne Hunters & Gatherers combines the classic tile-laying gameplay of the original Carcassonne with new thematic features and adjusted scoring rules for an all-new challenge. Thousands of years before the first bricks were laid to build the medieval city of Carcassonne, the area was settled by a prehistoric people who hunted wild animals, gathered berries, and caught fish to ensure their survival.

Just like in the original game, players take turns placing tiles and meeples to score points from a growing landscape. But instead of cities, roads, farms, and monasteries, you’ll build forests, rivers, lakes, and meadows, and then place hunters, gatherers, and fisher meeples for points. 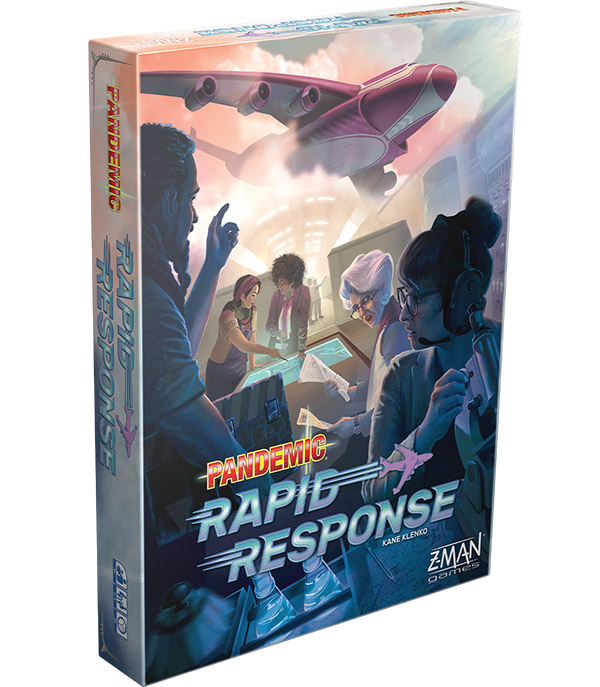 Pandemic: Rapid Response is a real-time cooperative game the whole family can play together. Natural disasters have struck cities around the globe, and your elite team, the Crisis Response Unit (CRU), is uniquely equipped to respond!

Roll dice to create supplies, fly the plane, and make deliveries to cities in need. As the timer counts down, you must race against time to coordinate and work together to react to new disasters. Will you and your team be able to respond in time?

Could you use some new games for your family? Enter in the giveaway widget below for your chance to win 3 Asmodee games of your choosing from the ones we featured in this post. This giveaway is open to residents of Canada, 18+. All the winner’s entries will be verified.