We received two Star Wars 3.75″ action figures. Merumeru, a Wookiee Chieftain who fought during the Clone Wars, comes with a removable helmet and a battle staff. Mara Jade, Jedi master, comes with a purple lightsaber, a blaster, and a removable holster. Tee immediately got down on the floor and started playing with them. 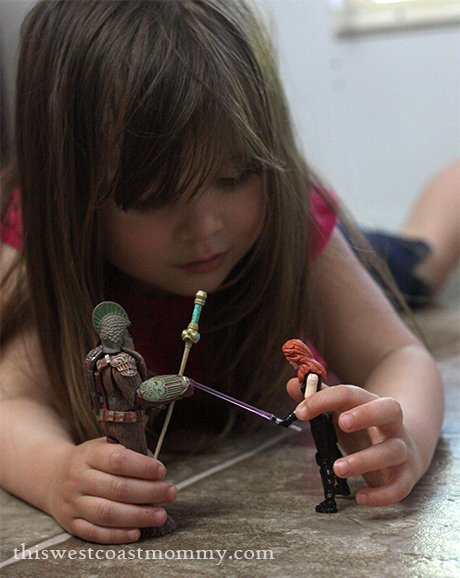 We also got to check out two of Hasbro’s 6″ scale figures. Hubs was really excited to see the figures we received. He says the Imperial Stormtrooper and Luke Skywalker in Bespin fatigues are really hard to find in stores. Here’s a pic of the unboxing. They both seem so serious! 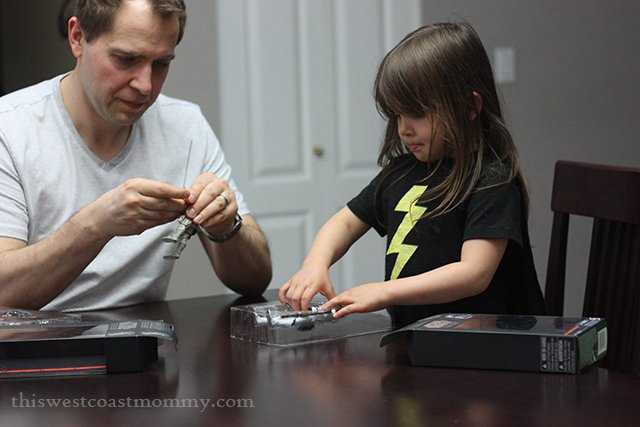 But once the figures and their accessories are out of the box, they start to play. 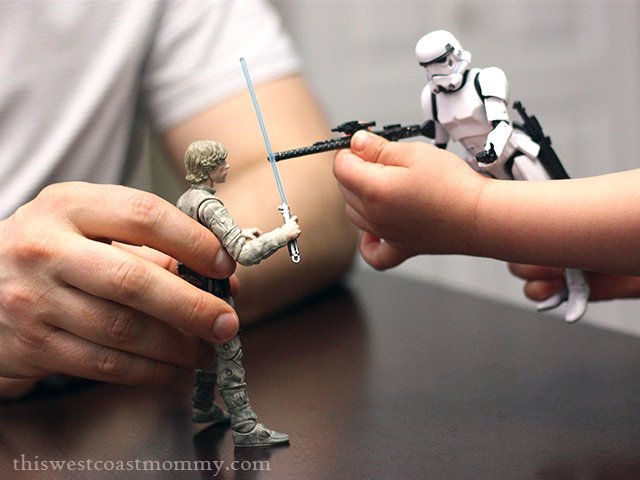 These 6″ figures really are beautifully detailed. Luke comes with a lightsaber and a blaster, and the Stormtrooper comes with a blaster, blaster rifle, and soft holster. I could see the cloth texture on Luke’s outfit, and he even has veins on the backs of his hands. This is one of the few Luke figures I’ve seen that actually looks like Mark Hamill. Luke has 17 movable joints, and the Stormtrooper boasts 23 points of articulation!

Tee insisted on taking the Stormtrooper to school for show and tell, and even Kay loved on the figures. I would say the 6″ figures with their level of detail and small pieces are more suitable for adult collectors, but despite that, Tee was all over them. Really, any Star Wars fan would love to get these figures. 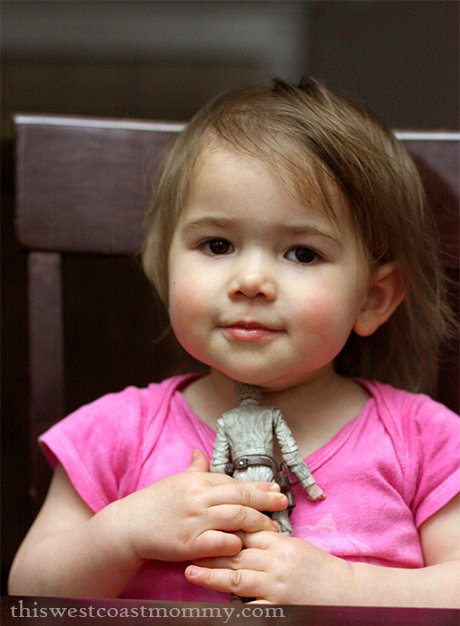 These and other Star Wars toys can be found over at Hasbro Canada. You can buy them at most major toy retailers.

Disclosure: I received sample items for review. All opinions expressed are completely honest and my own, based on my personal experience.Your experience may differ.