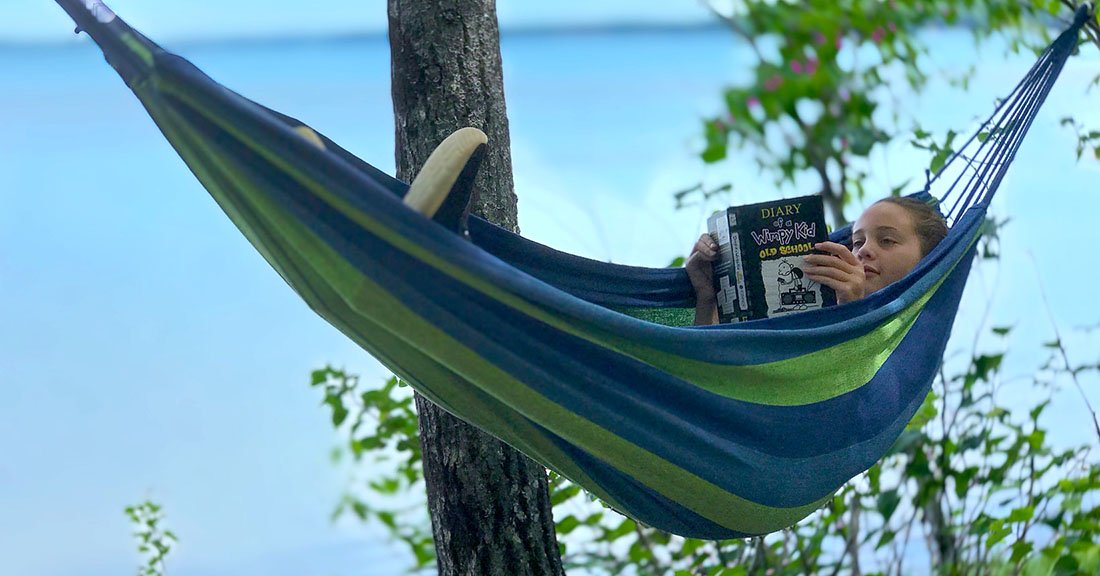 One silver lining during this pandemic is that my kids have gotten a whole lot more time to read. Some of their reading is for school of course, but mostly they’re just getting to read for the sheer pleasure of reading. Having plenty of interesting, engaging books available is a key ingredient in raising kids who love to read.

Raincoast Books sent us a selection of some of their newest and most popular middle grade reads to share with you. Whether your tween is into mysteries, graphic eco-novels, or underground mole kingdoms, find your child’s next favourite series here!

The Mystery of Black Hollow Lane
by Julia Nobel 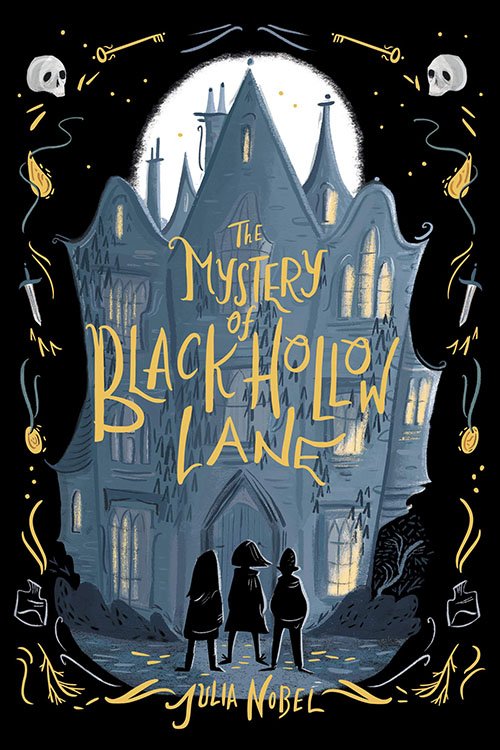 First up is a new mystery series from Canadian author, Julia Nobel, and winner of a 2020 Forest of Reading award.

12-year-old Emmy’s father is missing and her psychologist mother is starring in a new reality TV show, so Emmy is sent to Wellsworth, a prestigious boarding school in England. In between fighting with her spoiled roommate and joining the football (soccer) team against her mother’s wishes, Emmy discovers her father used to be a student at Wellsworth. What happened to him, and how is he related to the mysterious Order of Black Hollow Lane? If only Emmy knew who to trust!

Kay just finished reading this one and she’s excited to continue the story in book 2. (Ages 9-12.)

The Secret of White Stone Gate
by Julia Nobel 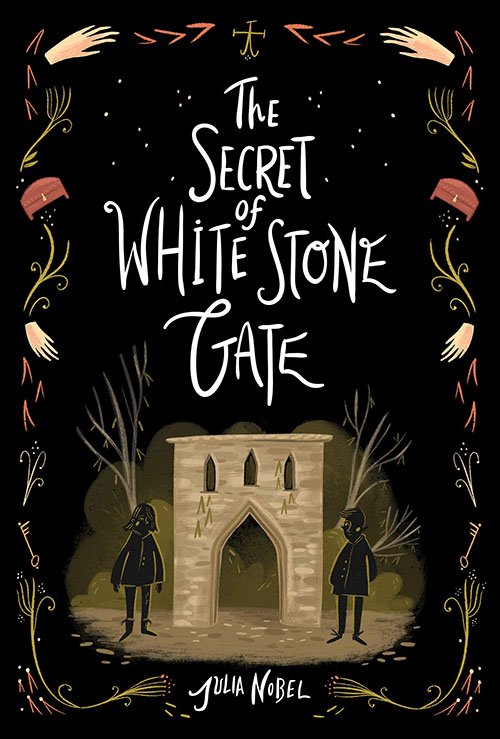 In this sequel to The Mystery of Black Hollow Lane, Emmy returns to Wellsworth and reunites with her best friends, Jack and Lola. But when Lola is expelled for stealing, Emmy learns that she still has something the Order of Black Hollow Lane wants – information about her father. Emmy and her friends need to find a way to clear Lola’s name without giving in to the Order’s demands or letting snooty Aunt Lucy ruin their friendship. (Ages 9-12.)

King of the Mole People
by Paul Gilligan 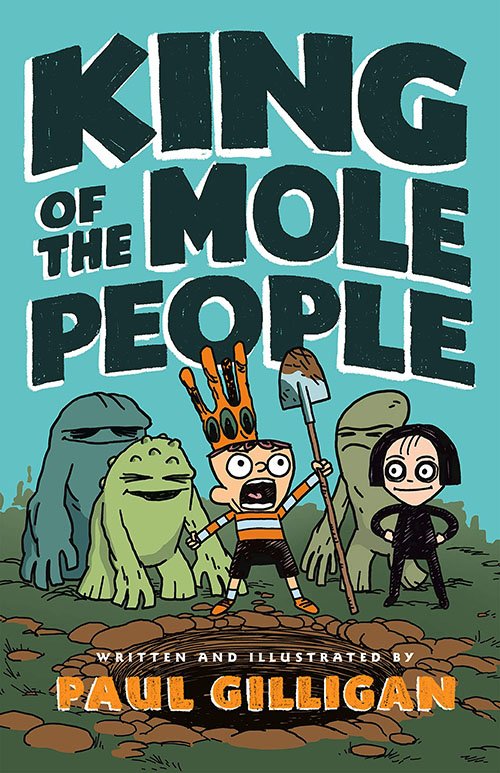 This next book is written and illustrated by another talented Canadian, Toronto author/illustrator Paul Gilligan. Doug Underbelly is the new kid at Cross Creek Middle School. He just wants to be normal and boring, but his life is anything but. When he tries to join the rocket club, school play, and soccer team, something always goes epically wrong. But when students start falling into giant holes, Doug knows things are seriously not right.

At first glance this might seem to be just another book about trying to fit into middle school, but all Doug’s plans are complicated by his secret identity as King of the Mole People. Hand drawn illustrations, goofy plot points, and a cast of wacky subterranean characters will keep young readers up turning pages long past bedtime.

I have two kids who can’t wait to read more about Doug, his weird friend Magda, the Mole People, Slug People, Mushroom Folk, Stone Goons, and Mega-Worms, not to mention the Sentient Slimes and Angry Skeletons. Luckily, the second book in the series will be published in August 2020. (Ages 7-11.)

AstroNuts Mission One: The Plant Planet
by Jon Scieszka 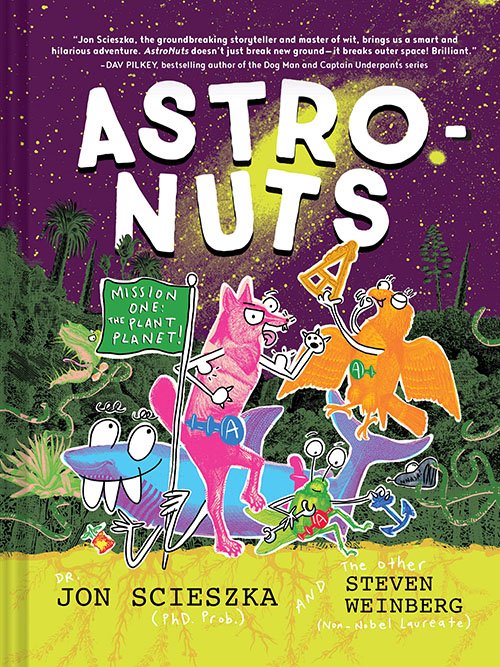 Narrated by the planet Earth, this new graphic adventure from the author of The Stinky Cheese Man starts with a secret nose-shaped rocket hidden on Mount Rushmore and a team of hybrid animal AstroNuts named AstroWolf, LaserShark, SmartHawk, and StinkBug.

Their goal is to find a new home suitable for humans so they blast off to the Plant Planet. Everyone knows green is good, right? But what if a planet only has plants? Kids won’t even realize they’re also learning about food webs, ecosystems, the carbon cycle, plant biology, and climate change science.

Illustrated with engaging collage-style illustrations adapted from public domain images at the Rijksmuseum National Museum in Amsterdam, AstroNuts Mission One is fun, silly, and educational all at the same time. Includes a wildly colourful gatefold picture and fun wordplay kids will giggle about over and over. This is the perfect graphic novel to draw in reluctant readers!

Kids will also love the how-to pages in the back that will inspire them to create their own collage-style comic book or graphic novel. And check out a useful teacher’s guide for AstroNuts Mission One here. We can’t wait for the AstroNuts’ second mission due to blast off in August 2020! (Ages 9-12.)

Winterborne Home for Vengeance and Valor
by Ally Carter 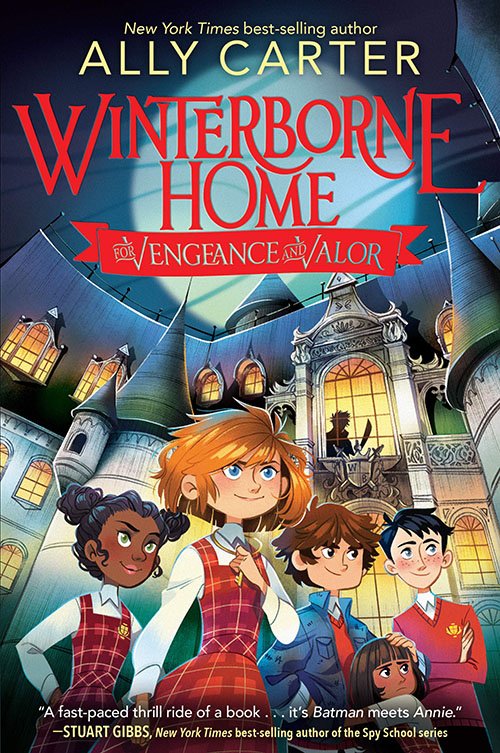 An old creepy mansion, hidden passageways, a missing heir, a legendary superhero, and five orphaned children. This book has all the ingredients to keep middle grade mystery fans engaged until the last page. 12-year-old April has been bounced from foster home to foster home since she was abandoned as a baby with only a mysterious key to call her own. Will her mother ever return for her? Who is her father?

When April is sent to live at Winterborne House with artsy Violet, her older brother Tim, technologically-minded Sadie, and street smart Colin, the children find themselves in the middle of a twenty-year-old mystery. Where is Gabriel Winterborne, and what does April’s key have to do with anything? With the help of her new friends, quick-thinking April survives thrills, chills, and several brushes with death to solve this fast-paced mystery.

Win Book One of These New Middle Grade Series

Raincoast Books is generously sending one of our readers the first books of three new middle grade series. Enter in the giveaway widget below to win The Mystery of Black Hollow Lane, King of the Mole People, and AstroNuts Mission One: The Plant Planet. This giveaway is open to residents of Canada, 18+. All the winner’s entries will be verified. 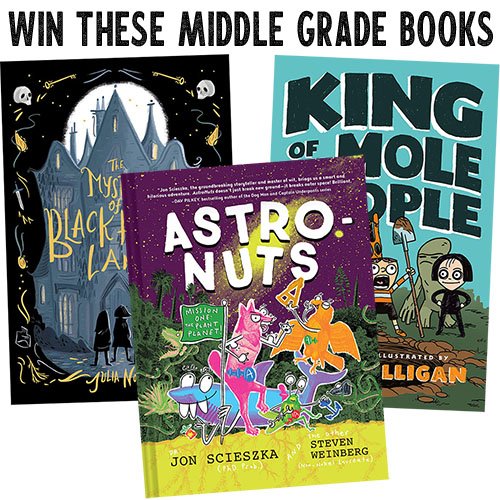