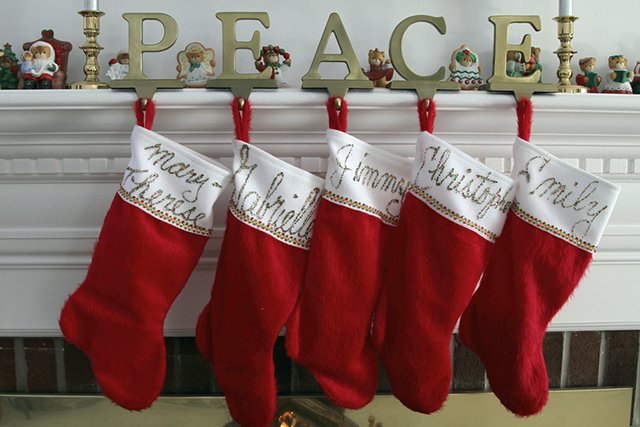 Christmas stockings have been a holiday tradition for at least 200 years. Stockings are mentioned twice in that holiday classic “A Visit from Saint Nicholas” (also known as “‘Twas the Night Before Christmas”) published anonymously by Clement Clarke Moore in 1823.

‘Twas the night before Christmas, when all through the house
Not a creature was stirring, not even a mouse;
The stockings were hung by the chimney with care,
In hopes that St. Nicholas soon would be there;

But have you ever wondered how that tradition started?

The most common legend behind the origin of Christmas stockings features Nicholas of Myra, a 4th century Bishop of Myra later known as Saint Nicholas, believed to be the inspiration for Santa Claus. In this story, Nicholas is travelling through a small village when he overhears some villagers talking about a recently widowed man and his three daughters who have fallen on hard times. Being destitute, this father cannot pay dowries for his daughters which at that time would have meant they would not be able to get married and would have nobody to support them.

Knowing that this father would not accept outright charity, Nicholas drops three bags of gold down the chimney. They just so happen to fall into the daughters’ freshly washed stockings that have been hung by the fire to dry. His gift saves the family from ruin and assures their futures. As the story spread across the land, children began hanging their own stockings by the fireplace, hoping for a visit from Saint Nicholas.

Sometimes the story is told with gold balls instead of bags of gold, which some suggest is the origin for the tradition of putting an orange in the toe of the stocking.

Christmas Stockings Around the World

Children all over the world have similar traditions. In the Netherlands, Sinterklaas and his assistant Zwarte Piet, or Black Pete, arrive from Spain in mid-November. They travel all over the country with Sinterklaas riding on a fine white horse and Black Pete on a mule. On the Eve of Saint Nicholas Day (December 6th), children leave carrots and hay in their clogs for the horse and mule, and in exchange Sinterklaas fills the shoes with small gifts. 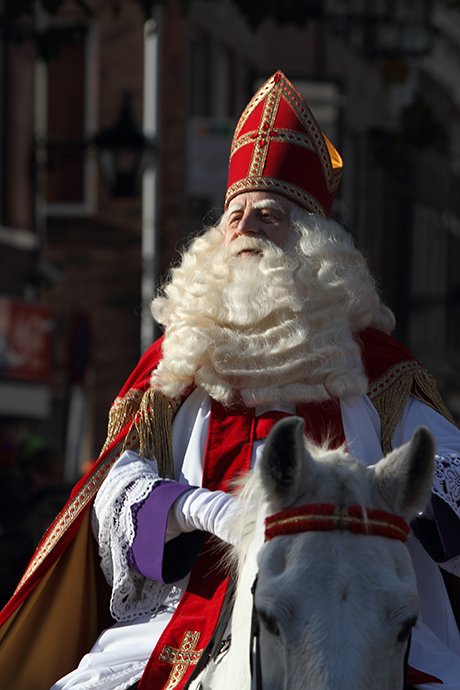 In Hungary, children put a boot on a windowsill on the eve of Saint Nicholas Day (December 6th) for Mikulás to fill.

Italian children leave their stockings or shoes out on the night before Epiphany (January 6th) for La Befana the good witch to come down the chimney and fill with toys and candy. She rides a broomstick and carries a bag full of candy and gifts for good children. 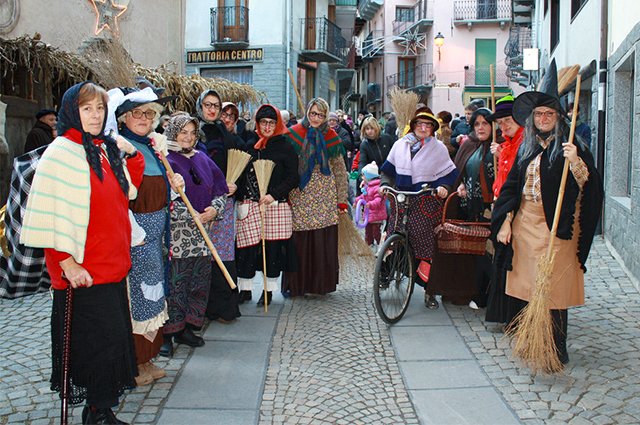 French children place their shoes by the fireplace with a carrot or treat in it for Père Noël‘s donkey. They wake to find candy, money, or small toys in its place.

And in Puerto Rico, children put cut grass in a shoebox under their bed on La Víspera de Reyes, the night before Three Kings Day (January 6th), for the Three Kings or Three Wise Men’s camels. The next morning they find a small toy in the box.

In my family, we always put an orange in the toe, a little bit of chocolate for a sweet year, and small toys and trinkets. We fill them the night before and lay them on the children’s beds while they’re asleep so they’ll find them in the morning.

What stocking traditions does your family celebrate?