I saw a simple recipe last year over at Breastfeed.Babywear.ClothDiaper.Naturally! for Spicy Maple Pecans. I thought it looked interesting so I bookmarked the recipe but then forgot all about it until recently. I found that bookmark a little while ago, and since I had a bag of pecans in my fridge, I decided to give it a try with a couple additions of my own. I love a hint of vanilla so I added some to the maple syrup. The cayenne pepper and a little black pepper give these maple cinnamon pecans a nice kick (but not too spicy for my toddler).

Great googly moogly! These are a-ma-zing! 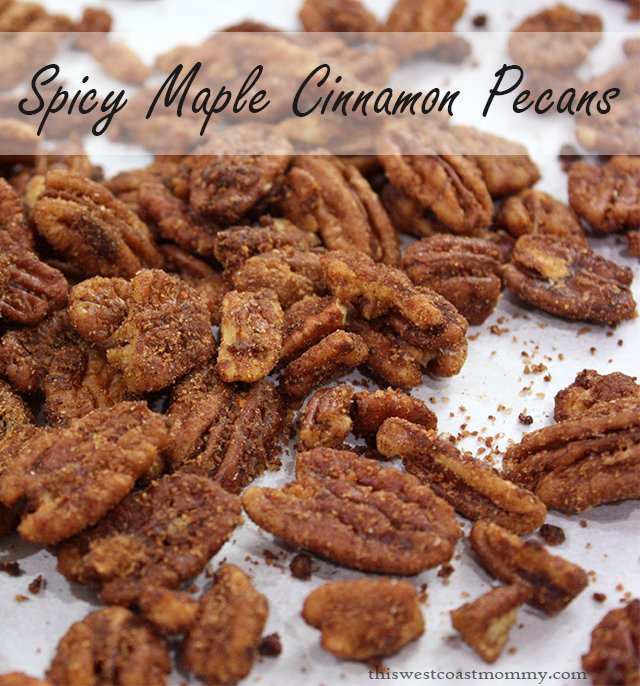 I’ve looked at other recipes for candied nuts before, but they all seem to use so much sugar – whether honey, syrup, brown sugar, or other sweetener. This recipe uses only 3 tablespoons of maple syrup, so it doesn’t shoot my sugar levels through the roof (which is a good thing because I could eat the whole batch myself!). It’s exactly as sweet as it needs to be though – you won’t feel deprived. While not exactly paleo, the moderate sugar content makes it a perfectly acceptable treat once in a while. 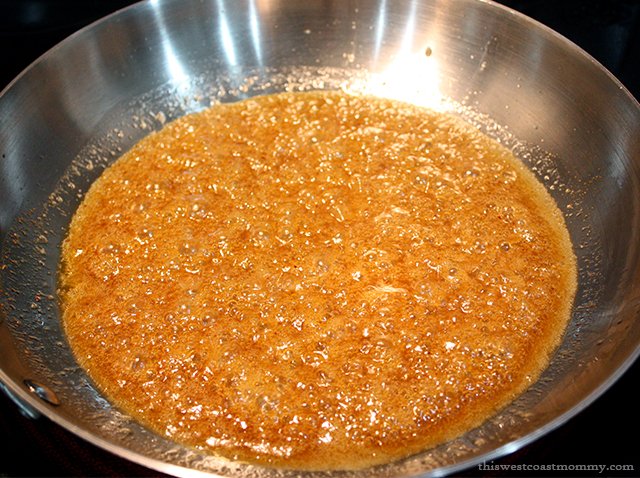 Once the mixture starts to bubble, add two cups of pecan halves. Stir the nuts around so they’re well-coated and cook for about five minutes, stirring constantly. Watch them closely to make sure they don’t burn! 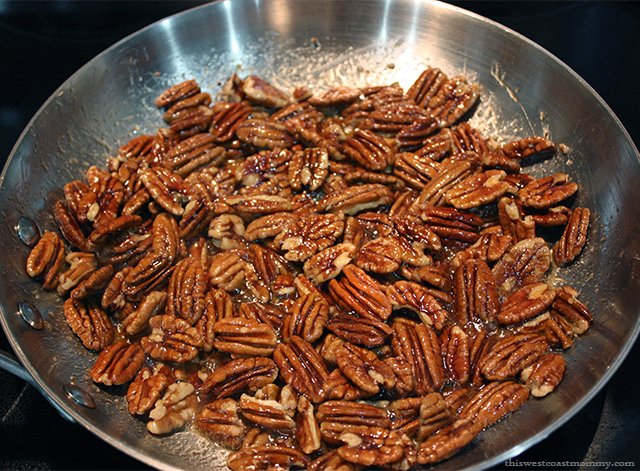 Pecans are my favourite, but I’ve made this with raw almonds, walnuts, and cashews as well, so feel free to substitute other nuts as you like. Whole almonds will need about ten minutes to toast all the way through though, so just taste test to see when they’re done.

Once the nuts are nicely toasted (but not burnt!), take the pan off the heat and add three teaspoons of cinnamon, half a teaspoon of sea salt, and half a teaspoon of freshly ground black pepper. Toss the pecans well so they’re evenly coated in the spices. Transfer the pecans onto a piece of wax paper or parchment paper to cool before serving. 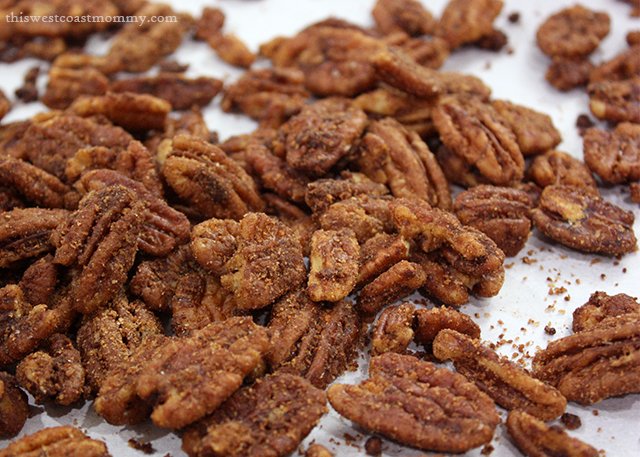 Pour some into a mason jar for a nice homemade present, or layer them with warm apple sauce on vanilla ice cream. Heaven on earth, I tell you!

Other nuts work well too. Raw cashews and walnuts can be subbed in with no changes. Whole almonds need a few more minutes to toast all the way through. Adapted from Breastfeed.Babywear.ClothDiaper.Naturally!
This post is linked up to some fantastic recipe link parties. Check out my Link Parties page to see where I’m linking up and to find some wonderful blogs and more amazing recipes!