Am I Raising My Daughter to Be a Victim? | This West Coast Mommy 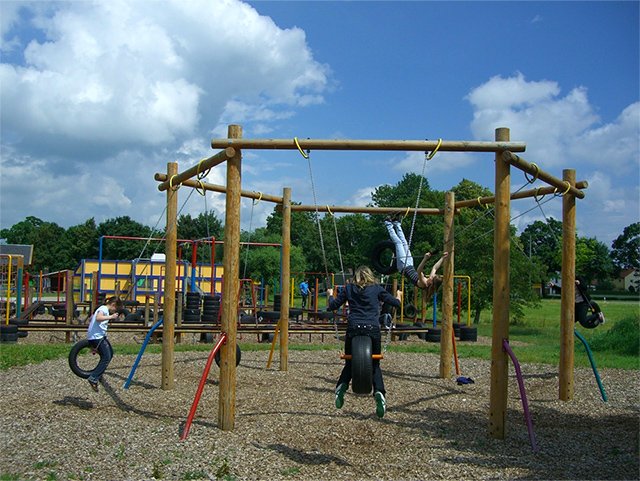 Nobody ever said that parenting is easy. We all know that being a mom comes with sleep deprivation, no privacy, and worrying about everything, but sometimes things come up that you least expect, and they throw you for a loop even more than usual. Like when you’re trying to do the right thing and it comes back to bite you in the ass.

Since starting grade two at her new school, Tee has been telling me all about the other kids in her class and her new friends. As you would expect, 20 kids generate their fair share of drama, and Tee has talked to me a bunch of times about another girl with whom she butts heads on a not infrequent basis. Let’s call her Alice (not her real name of course).

I only have Tee’s perspective to go on, but from what she’s told me, the two of them just can’t seem to get along for more than a day. They argue and bicker, and get into what I thought were minor playground spats. Once Tee told me about Alice pushing her out of the way to get to the markers, and not long ago, she laughingly told me that Alice was her “frenemy”. To be clear, I’m not one of those moms who thinks my baby couldn’t possibly do anything wrong. Tee and her sister fight all the time, and Tee can be bossy with her friends just like I was at her age. When she talked to me about Alice, I’d say, “You don’t have to be best friends, but you have to be kind.”

I’ve always tried to encourage my kids to be kind and friendly with everyone. We talk a lot about empathy and compassion and doing the right thing. Raising compassionate children who treat others as they want to be treated – that’s good parenting, right?

A couple of days ago, when I arrived to pick her up from school, Tee’s teacher asked me to stay behind to discuss something. Naturally, while we were waiting for her to finish dismissing the class, I asked Tee what had happened. “Better tell me now!”

So Tee told me that she and her classmates were chasing each other and splashing water on each other at recess that day. Tee thought she was playing with Alice, but apparently Alice didn’t agree because she pinned Tee to the wall by the neck and choked her – leaving red marks on her neck – until Tee was able to push her off.

I was angry and horrified, but Tee kept talking… and it got worse. Somehow Tee forgave her for choking her, and they began playing together again after lunch, at which point Alice got upset again and shoved her down hard enough to bounce her head off the ground (thankfully it was wood chips and not concrete). Tee’s teacher confirmed every word she said.

Tee must have seen the look on my face as I listened to her teacher describe Alice strangling her, because she quickly reassured me that she and Alice were friends again, so everything was okay. When she told me that, my heart sank. My beautiful little girl thought it wasn’t a big deal to be hurt like that, because being friends was the most important thing.

Later that night as I tried to talk to her about what had happened, Tee was confused when I encouraged her to avoid Alice for the time being. “But you told me to be friendly. I want to be a good friend.” She was really upset by the idea of not playing with this girl. She said, “I don’t want to hurt her feelings.” And as we talked, I realized that this wasn’t the first time Tee’s put up with other kids being mean to her in the name of friendship, just the most obvious.

I feel like, despite my best intentions, I’ve fallen into the trap of raising my daughter to prioritize being “nice” over keeping herself safe. I’ve failed to walk that line between teaching her to be kind and teaching her to stand up for herself. Somehow, “being a good friend” has turned into valuing someone else’s feelings over her own feelings and rights. I’ve let her down. I’m not exactly sure how to fix this, but I have to. This little girl deserves better.