Hubby and I first saw The Lion King five years ago at the Queen Elizabeth Theatre. It was my first time away from my new baby, then five months old, and I remember being very impressed with the spectacle, but I’d forgotten some of the details and the sheer wonder of it all.

Last Friday night, I had the chance to revisit The Lion King. The moment I heard Rafiki’s first dramatic call out into the audience and the answering chant from the antelope singers in the balcony, goosebumps broke out on my skin. 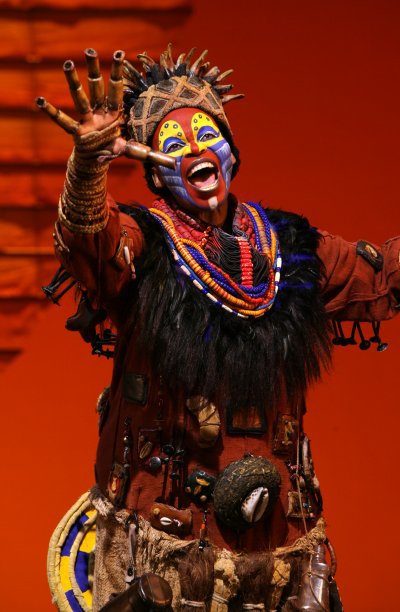 Tshidi Manye as “Rafiki” in the opening number “The Circle of Life” from THE LION KING National Tour. ©Disney. Photo Credit: Joan Marcus.

I brought my five-year-old to the show, and when the animals paraded down the aisles of the Queen Elizabeth Theatre for the opening number “The Circle of Life”, her mouth was literally agape with astonishment. Performers stiltwalking on all fours with four-foot-long giraffe necks balanced on their heads. A ten-foot-tall mama elephant with her baby gamboling behind. White fluttering birds, leaping gazelles, and a slinking cheetah. We knew this would be a phenomenal show from the get go.

Standouts for me were Tre Jones as young Simba and Mikari Tarpley as young Nala. Their stage presence and voices were impressive for anyone twice their age. “I Just Can’t Wait to Be King” sung on top of stylized giant ostriches was almost as much fun as the spectacular animated sequence in the movie.

My personal favourite number was “Be Prepared” sung by a deliciously sardonic Scar (Patrick R. Brown) and a chorus of menacing hyenas, but Jelani Remy’s smooth tenor as adult Simba was a joy to hear also. 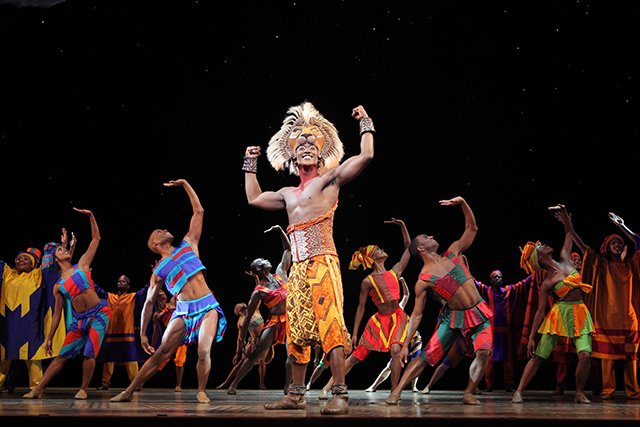 Jelani Remy as “Simba” and the ensemble in “He Lives in You” from THE LION KING National Tour. ©Disney. Photo Credit: Joan Marcus.

Drew Hirshfield and Robbie Swift, the puppeteers who performed Zazu and Timon respectively, were remarkable. Both brought so much emotion and personality to their puppets that after just a few minutes I didn’t even see the human performers anymore.

Tee’s favourite part? In the second act, Scar orders Zazu to lighten up: “Sing something with a little bounce in it.” In the movie, Zazu sings “It’s a Small World”, but on Friday he belted out Frozen‘s iconic “Let It Go” to the delight of the entire audience.

As much as I have a special place in my heart for the Disney movie, the stage adaptation is grander than the movie on which it’s based. The musical includes all the Elton John and Tim Rice songs we know and love from the movie, and adds more grown-up African-inspired elements and numbers that deepen the story and make it feel more connected to its source material. 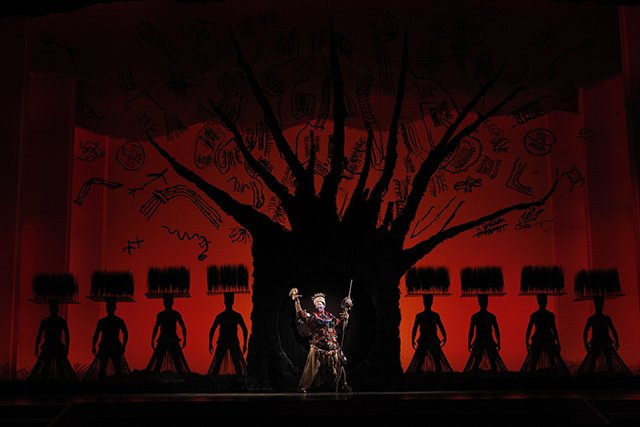 The show runs two hours and 45 minutes with a 15 minute intermission, which is a very long time for young children to sit still. There are a couple of scenes that might be rather intense or frightening for younger viewers (specifically the cubs facing down the hyenas in the elephant graveyard, and Mufasa’s death scene). You know your child best, but I suggest six years and up.

The Lion King is now playing at the Queen Elizabeth Theatre through Sunday, July 12, 2015. Matinee performances on Saturday and Sunday. Tickets start at $35. Tickets are on sale now at all Ticketmaster outlets, online at www.ticketmaster.ca, or call toll-free 1-855-985-5000.

Disclosure: I received media tickets to this event for review purposes.