Editor’s note: We believe that all birth stories and all birth experiences matter. This post is part of an ongoing series of birth stories submitted by readers and fellow bloggers, featuring a diverse range of women and their birth experiences. This week I’m honoured to share Stephanie’s story. She was diagnosed with HELLP syndrome at 29 weeks and had to deliver her baby early to save her life. If you would like to share your own birth story, please visit this post to learn how. ~Olivia

It all started on April 16, 2014. A normal day at work for myself and a check in with my midwife at the hospital at 11:30 am. A few days prior I had gone into Labor and Delivery because I had extreme pain in the right quadrant of my abdomen. I was discharged and they gave me medication for acid reflux. I discussed the short hospital stay with my midwife and explained that I still felt like something was wrong and that it was not acid reflux. My midwife said she would run a complete blood panel and find out what was going on with me.

Later that day, I got a call from my midwife. She asked me to sit down and stay calm. She said that I need to go to Labor and Delivery as soon as possible because my test results came back and my body was shutting down so I needed to stay in the hospital until I gave birth. My heart dropped and at that moment my life changed forever. I called my husband and told him what was going on and that we needed to go to the hospital right away.

When I arrived at the hospital I was not prepared to hear what I was told. I was told that I needed to have two steroid shots, 48 hours apart, to help my son’s lungs develop. I had to start an IV of magnesium sulfate right away to reduce my blood pressure and the chances of me having a seizure or a stroke. I was handed off from the midwives to the high risk OB/GYNs to prepare for an early delivery due to having a condition called HELLP syndrome (Hemolysis. Elevated Liver enzymes. Low Platelet count), a rare form of preeclampsia. 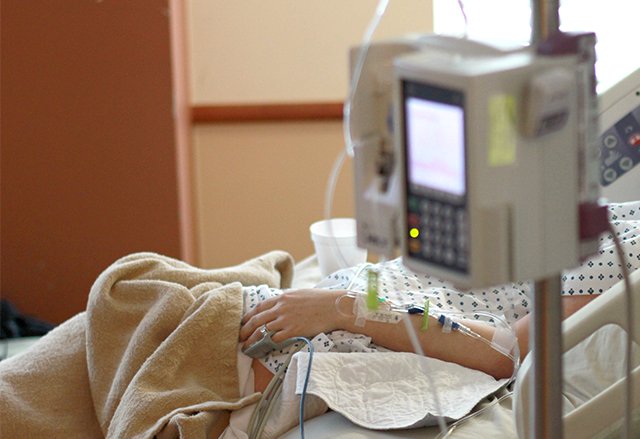 I could not sleep the entire night. The magnesium sulfate was putting my body through the wringer. I could not stop crying and my mind could not grasp exactly what was happening and why. In two hours I lost all of my independence. I could not walk on my own due to the magnesium sulfate, my birth plan went from having a water birth to having the safest delivery for the baby and myself. I was told the dangers of my condition and what my son could possibly endure. It was a ton to take in, and I do not think I absorbed it all because I was in complete shock.

The very next day I was wheeled into the NICU unit for a tour. I do not think anything in this world could have prepared me for that. I was taken into Pod 6 where the NICU nurse wanted to show me the approximate size my son would be when he was delivered. The baby was so tiny and delicate and hooked up to so many machines! There were alarms going off everywhere with nurses assisting the babies in need. I held my breath to hold back the tears. When I was wheeled into my room I lost it. I was inconsolable.

After the tour I was determined to hold my baby in as long as I possibly could. I was 28 almost 29 weeks and was determined to get to 34 weeks. I was ready to battle. As horrible as the magnesium sulfate was, I told myself this is helping me and my son and I need to get through this no matter how awful it is.

I had a PIC line placed in order to get my many blood draws that I got each day. I was so swollen that getting an IV in me was almost impossible. I felt the worst I have ever felt in my life, but I kept telling myself I have to push through this day. My water broke on April 20, 2014 which happened to be Easter, and we thought he would be an Easter baby.

On April 24, 2014, I woke up and I felt the worst I had ever felt in my life. My vision was blurry to the point it was almost impossible to see and my headache was severe. I could barely move. I asked my nurse what time my labs would be drawn and she responded that they would not be for another 4 hours. I looked at her and told her to please rush them I feel like I am dying.

An hour after my labs were drawn, I had every doctor in my room and they started to brief me on getting ready to deliver. My platelet count was at a dangerously low level and they started a pitocin IV on the lowest dose. My son was not doing well with the contractions, and his heartbeat started to drop.

The anesthesiologist briefed us as I was preparing for a c-section birth. The epidural was placed in, and I was wheeled back to the operating room. The epidural failed and a spinal had to be done. I was scared and my husband was trying to remain calm. At this point all that mattered to me was hearing my son cry when he was born. I laid there in hopes to hear it. When the doctor said she was taking out the baby, I heard the tiniest, yet mightiest cry, and at 9:07 pm on April 24th, my miracle son Uriah was born at 30 weeks old. 2 pounds, 1 oz and 14″ long. At that point I felt my body relax for the first time in a long time.

I was unable to see my son. The NICU nurses did wheel him over to me in the c-section recovery room, but I was too weak to even lift my head up. I had to wait 48 hours to go down to the NICU unit due to the magnesium sulfate drip. Those 48 hours were the longest of my life. I was terrified wondering if he was doing okay and I was so afraid that something would happen and I was never going to see him. I sent my husband to the NICU unit to take photos of him for me. Never in a million years did I ever think I would have to see a photo of my son before getting to meet him in person and hold him.

After a long 48 hours, I was able to see my son for the very first time. I was scared, overjoyed, and overwhelmed with all these emotions. I could not hold him due to his central line and all the tubing. After visiting him for 10 minutes his alarm sounded and I screamed for his nurse. I was terrified because he wasn’t breathing and they had to assist him.

I stayed in the hospital for 4 days and was discharged. I remember the panic of not being in the same building as him and being 20 minutes away. It was hard and terrifying. On the last day he had his central line taken out, and I was able to hold him for the very first time. He was so tiny and I could not tell which iv lines were mine or his, but I got to hold Uriah for the first time ever. 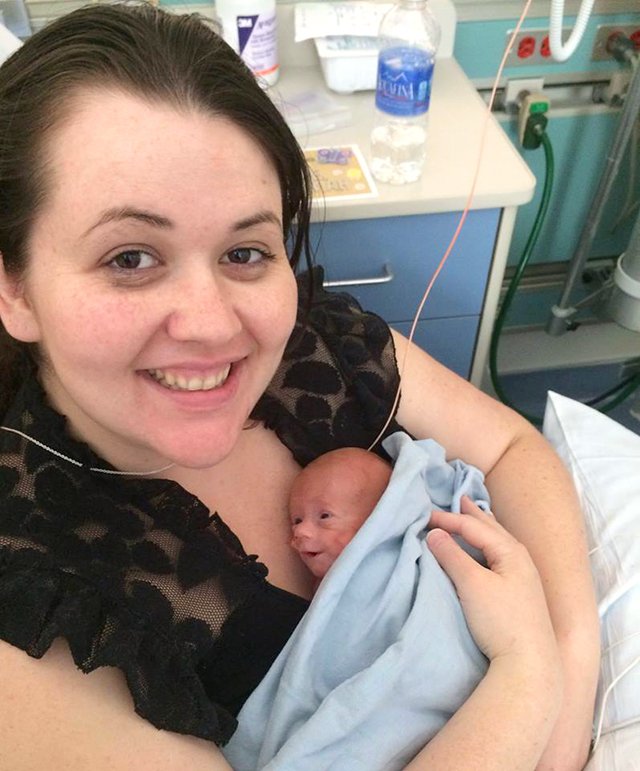 Nothing can prepare you for the NICU unit. It is a roller coaster ride that tugs at your heart and changes you completely. I lived my life by his side in the NICU unit three hours at a time. We took three steps forward at times and then five steps back. It’s a challenge of your strength and emotions.

Uriah spent seven weeks in the NICU unit. I was scared for him to be discharged, as crazy as that sounds. I was scared that I was not going to have the help and guidance of medical professionals watching him 24/7. As ready as I was not to spend 12-hour days in the hospital and have him come home and sleep in our house, I was doubting myself as a mom.

On June 19th, 2014, we were being discharged and I told my husband I would like for him to get a wheelchair so I could hold Uriah as we got wheeled out, just like how people do when they give birth without a NICU experience. But as we were saying our goodbyes at the front desk, the fire alarm started to go off. The staff had to lock the doors so we darted out the NICU doors before they locked us in and took the stairs to the car. So much for my pretend normal! Not to mention on the way to our car, an elderly couple accidentally set off their car alarm which woke up and terrified Uriah into hysterical crying.

I struggled with my birth story. I went through a lot physically and mentally, and although my birth story was not written as I wanted it to be, it is my story and I am grateful that I get to share my experience with you. My story has shaped me into the person who I am today and changed me. I never thought I would ever stop hearing the alarms or the random checks to see if Uriah was breathing, but with time I was able to overcome that.

I stepped out of this experience more thankful, more humble, and with a real sense of what really matters in life. Some people never meet their hero, but I could not be more proud to say that I gave birth to my hero. Uriah overcame so many obstacles and fought so hard. He was tiny and brave and now has grown into a independent, sweet, sneaky, and loving two and a half year old. I appreciate our journey and thank you for letting me share a chapter of my life with you. 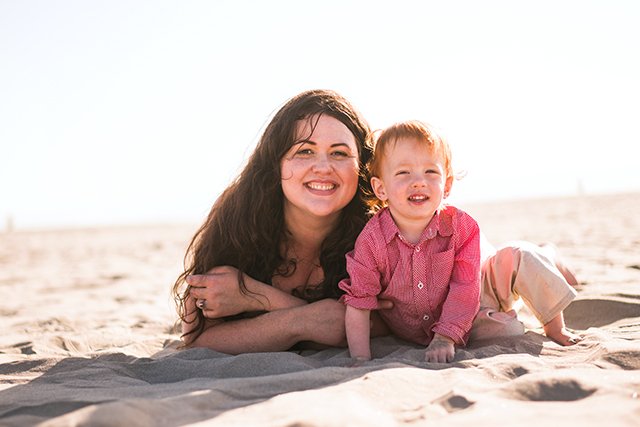