After Kelsey read Emma’s birth story last week, she couldn’t stop thinking about the birth of her own baby and how she missed his birth too. But reading Emma’s story also helped her feel less alone, which led Kelsey to share her own story in hopes of helping another mom out there.

I had a great third pregnancy. No morning sickness, no heartburn. The usual tiredness and achy body after working a 12-hour shift as nurse on a busy dementia unit, but in general it was pretty good. I had midwives with my first two pregnancies, so naturally I chose to have them again even though this pregnancy was supposed to be a planned c-section delivery.

I had a c-section with my first baby due to a partial cord prolapse and late heart decelerations 12 hours into labour. I tried for a VBAC with my second baby, but he wasn’t dropping into the birth canal which meant there was risk of yet another cord prolapse if my water broke so we decided to go ahead with another c-section. It turned out the cord was wrapped around his neck three times so it was for the best anyway.

But this time would be different! I was excited at the thought of not labouring and being well rested for my planned c-section. My c-section was scheduled at 39 weeks. I went overdue with my first two pregnancies, so I didn’t really think I might go into labour before my scheduled date. But as I neared the end of my pregnancy, I started having this gut feeling I would go into labour beforehand. My midwives reassured me that if I did, I would just head to the hospital and the on-call OB would do my c-section.

Well, it happened. I went into labour two days before my scheduled date at 38 weeks and 5 days. This is when my nightmare began.

I paged my midwife around 10:00 pm to tell her I was having contractions. They weren’t super intense but didn’t feel at all like Braxton Hicks. I asked her if I should be heading to the hospital. She said to have a bath, relax and see if they go away since they weren’t regular enough to be true contractions. Well, they didn’t go away and they were getting stronger so I called her back. Again, she told me they were probably Braxton Hicks contractions because of the irregularity.

“There is no pattern,” is what she told me. She also told me, “The hospital doesn’t like midwives very much, and they will be really upset with me if I send you and you aren’t in true labour.” My initial thought was, “Well I’m sorry. This isn’t about you!” I continued to labour at home until 2:00 am when I called her yet again and basically said I’m going to the hospital whether you like it or not. She agreed to meet me at the midwifery clinic to check me to see if I was in fact in labour. She also told me, “The hospital doesn’t consider it true labour until you’re 5 centimeters dilated.” In my head I was yelling at her, “I DON’T WANT TO BE 5 CENTIMETERS DILATED! I’M HAVING A C-SECTION!”

Anyway, my husband and I met her at the clinic where she checked me. Guess what? I was in labour. I was 3 cm dilated and 100% effaced. So we headed to the hospital. By this point I was 3-4 cm dilated and contracting every 2-3 minutes. I asked for pain medication multiple times and was denied every time since the OB said it would relax me and make me dilate faster. I remember yelling, “This is torture!” a few times.

The on-call OB was busy doing a forceps delivery in an OR elsewhere in the hospital so we had to wait and wait and wait some more. With every single contraction I had, I was terrified of tearing my previous uterine scar, and it left me wondering who was going to save my life and my baby’s life if it happened when the OB was busy.

It was now 5:00 am and I remember saying, “I feel wet. I think my water broke.” Not even 5 minutes later I felt a strong urge to push. I was checked again, and I was 10 cm dilated. I was quickly wheeled from triage to a delivery room where I finally got to use the gas twice until the OB (who looked no older then twenty) magically appeared and said, “Given your history, I think it’s best if we go ahead with a c-section.” I wasn’t given the option to push even though that’s what my body wanted to do.

As quickly as I was wheeled into the delivery room, I was wheeled out again and brought to the OR. My husband was told to wait outside, and they told me if I couldn’t sit still enough for a spinal I would be put under general anesthetic and my husband wouldn’t be allowed in. Everything happened so fast I didn’t even get to kiss him goodbye.

Once I was in the OR, I laid down on a cold hard table. The urge to push was so intense at this point I couldn’t help but bear down while everyone said, “Don’t push!” Do you know how hard that is? Well, I do! Everyone worked so fast I didn’t have time to think about anything. I felt a nurse shove my catheter in at the same time I was asked if I could sit still for a spinal. As soon as I answered, “No,” I was out. I remember nothing else after that. 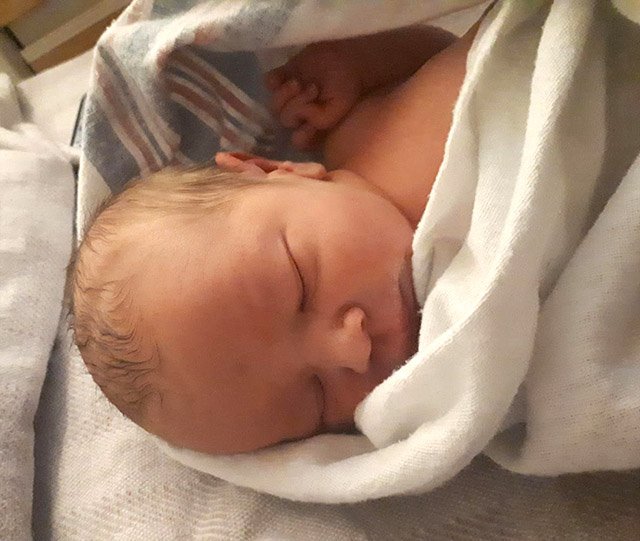 I woke up in recovery feeling like my stomach was ripped open (a feeling I didn’t have after my last two c-sections since those times I was numb from the waist down) almost 3 hours after my precious boy was born. The very first voice I heard was a nurse asking, “Oh, did they nick her bladder?” In my head I was saying, “Great! Just great!” It turns out they didn’t (thank goodness) but they thought they might have so they put a special blue dye in my catheter bag to rule that out.

I was brought to my room where my husband and now 3-hour-old baby boy waited for me, but I don’t remember it. I have no recollection of my husband placing our son in my arms. I really don’t have many memories of the first 24 hours or so after his birth. The one thing I do remember is dozing off frequently from the pain medications. I know I called people to inform them of his arrival, but I don’t have a clue what I said to anyone. 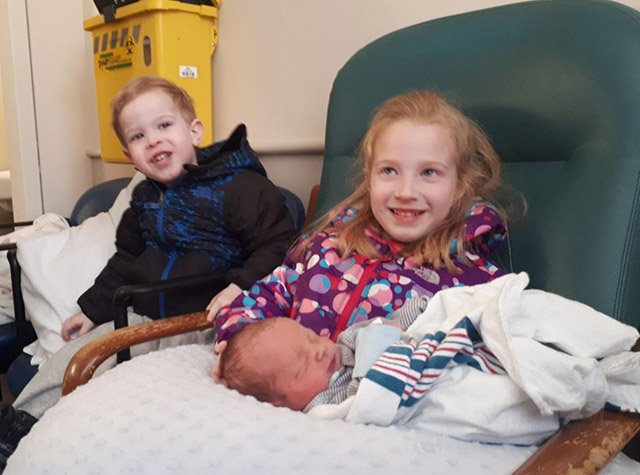 I went to my two-week follow-up appointment feeling so much anxiety because I wasn’t ready to face her yet. Thankfully, I had another midwife that day who never asked a single question about how I felt about my delivery. I found myself becoming more and more anxious about my last two appointments. I cancelled my four-week follow-up because my baby had just been released from a six day admission in the hospital for RSV, and I didn’t feel he needed to be seen again. When I cancelled, I was given the option to discharge myself and I pretty much jumped at the chance. I no longer had to feel anxious about having that dreaded conversation with my midwife.

I’ve often thought about contacting her now because I feel I need some closure, but I don’t know if I’m ready. I still think on a daily basis about all the “what ifs”. Should I have gone to the hospital when I said I was in labour the first time? Maybe then I could have been awake for my c-section because I wouldn’t have been 10 cm and ready to push at that stage. Should I have asked to try pushing and have the vaginal delivery I wanted with my first and second babies?

My last baby’s birth was far from what I wanted or planned, and it’s still very fresh in my mind. I didn’t get to do the planned skin-to-skin in the OR that I so badly wanted. I didn’t hear his first cry. I didn’t get to see the joy on my husband’s face when the doctor pulled him out. I missed everything. I also can’t help but feel sad that my husband also missed everything. I know one day I won’t feel so angry or sad about my last baby’s birth, but that day is not today. For now, I just feel blessed to have a healthy and happy 5-month-old boy. I’m a work in progress and writing this has certainly helped in my healing. 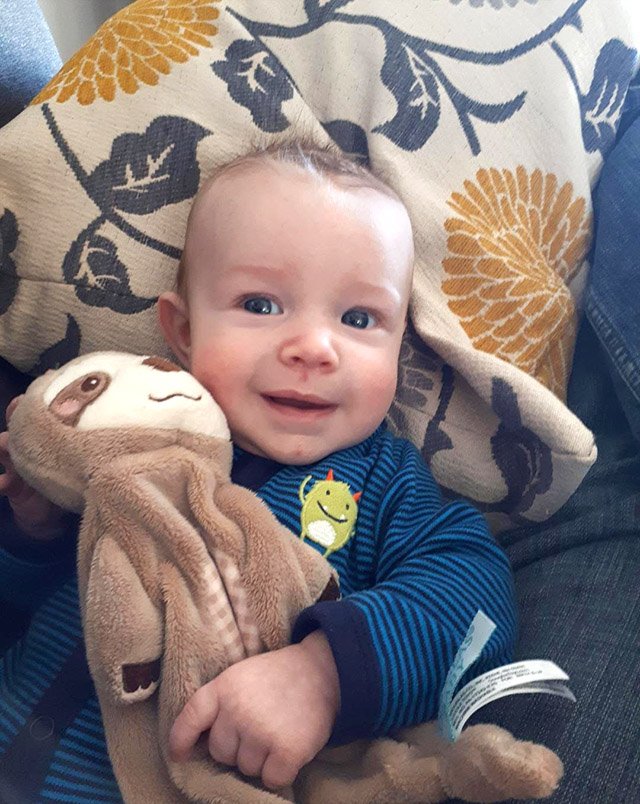