Yvette's Birth Story: Why I Chose a Repeat C-Section Instead of a VBAC | This West Coast Mommy

Editor’s note: We believe that all birth stories and all birth experiences matter. This post is part of an ongoing series of birth stories submitted by readers and fellow bloggers, featuring a diverse range of women and their birth experiences. Today’s story was submitted by Yvette, though it’s more of a pre-birth story than the story of her actual delivery. This is an account of her personal struggle to come to the decision to choose a repeat c-section over a VBAC. If you would like to share your own birth story, please visit this post to learn how. ~Olivia

I wanted to write this birth story in hopes that someone planning their repeat c-section (RCS) would read it and find peace. I scoured the internet for stories of support for planning my second c-section but all I really found were articles that described 1) ways to prevent a c-section, 2) how they were bad unless they were necessary, or 3) why you shouldn’t feel bad about your necessary c-section. None of these were helpful since I had already had one (that was “necessary”) and I was planning my next one that could be considered “unnecessary”. I hated that term. 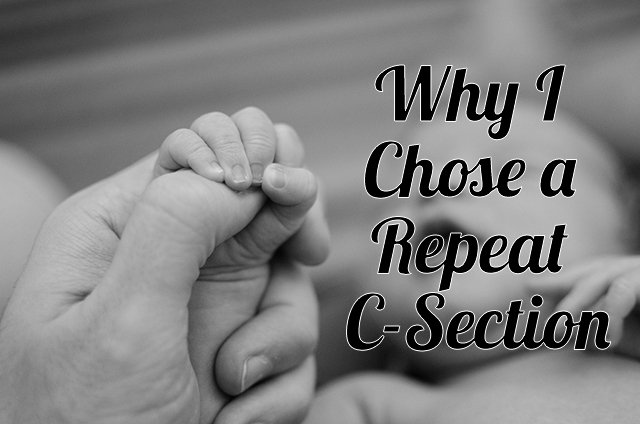 I am not writing about my c-section experience with my first because I feel there are plenty of those stories. In summary, I did everything “right”. I had the midwife. I went into labour on my own. I didn’t have any drugs. I pushed and pushed in every possible position for 3 hours. I was done. He was stuck. He had a giant head. I was devastated. After that I was raw with pain and emotions, even though I chose what was best for my son. I had people tell me “be thankful that your baby is healthy” when I reached out for support. Ouch. I was determined that my next one would be a vaginal birth after a caesarean (VBAC). I would need that experience to heal. Even after he was born the nurses and doctors told me they do VBACs at that hospital for the right candidates.

Fast forward to my second pregnancy. Since I am a person that likes evidence, facts… things that are scientific in general, I started researching VBAC success rates and potential issues. I joined a Facebook group that was immensely helpful – an evidence based VBAC and birth after caesarean group that would give me exactly what I wanted. Or so I thought. This is where things got muddy. Even though I was given the green light as low-risk being 1/200 chance of my uterus rupturing, I couldn’t get over that “what if”. What if it does?

I started researching my hospital. There were no actual stats on their success rate, just some quoted number from the OB and the midwife. There were no stats on rupture. There was no guarantee that they could get the baby out in less than 10 minutes (the absolute maximum amount of time before there is some sort of damage to the baby). There was no dedicated OR for c-sections. No dedicated OR staff. The OBs were all on-call. The anesthetist might be busy in another surgery or even on-call if after hours! This was a VBAC FRIENDLY HOSPITAL. I knew too much.

People in my Facebook group said there was no way they would attempt a VBAC if all those things were true. I was assured by my doula that this hospital was on the ball for VBACs. But what does that mean? They do their best? Even though my risk was 1/200 for my uterus rupturing, the risk of my baby dying if that happened was much greater (I was told 16%). I know people take greater risks in life. I know that 1/200 is statistically insignificant. I know “people give birth at home all the time” or “our bodies were made to do this”. I hated hearing that. I heard it a lot.

I do realize the risks of having surgery. I knew them all too well. I studied the infographic of VBAC vs RCS over and over. I read countless articles. There were greater risks to me. But that was OK. Risking my unborn child over me was just not acceptable, no matter how unlikely. The chance of me dying in surgery was far less likely than my baby dying if my uterus ruptured.

I agonized over this decision for months. It ate away at me day after day, into the nights, and in my dreams. I scheduled my RSC with my OB just to secure a date. I put it as close to 40 weeks as possible. I wanted a VBAC the minute after I decided to have the first c-section… how could I doubt this now? There is a 99% chance that everything will be OK. But what if… what if….

In the end making the final decision was what was killing me. I ended up deciding to keep my scheduled date and if I went into labour I would maybe give the VBAC a shot, but I also might not. It would depend on my state of mind at the time. The closure of that decision allowed me to enjoy the last month of my pregnancy. The RCS date came and I went ahead with it.

The birth was peaceful. My midwives were there supporting me. It happened without complication. The hospital I delivered in was still fantastic with birth. My husband saw our baby and announced the sex. The nurses and doctors cleaned her off and I got to hold her. She was with me in recovery the whole time, nursing like a champ. My recovery was exponentially easier – both physically and mentally. 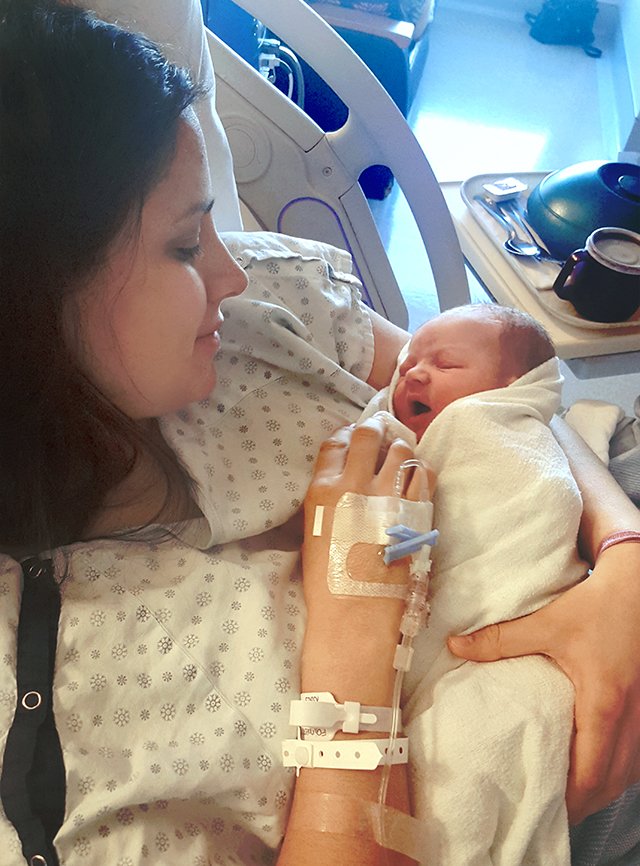 Do I regret the decision? No. Not really. There are days that I wonder – and I’ll always have that slight ache that it never happened; that I never had that so-called euphoric feeling of pushing my baby out and having them placed on my chest since it was once my dream… my plan. But what I do know isthe euphoric feeling that comes from seeing my baby the first time and knowing they are OK – seeing what I made for the last 9+ months. Turns out a lot of my feelings of resentment towards my first c-section were from outside sources.

My first thoughts when I saw my daughter were not of sadness. They were euphoric. I was in awe at how beautiful she was and how she looked like her brother. In the end I made the decisions for both my babies as best as I could. They are here, they are alive, and I couldn’t be happier.