Last Friday evening I fed the kids dinner early, packed the diaper bag with mittens and extra snacks, and loaded the kids into the car. Then we were off to the Pacific Coliseum for Disney Live! Mickey’s Rockin’ Road Show. Tee had been on pins and needles all day, periodically announcing to anyone who would listen, “We’re seeing Mickey tonight!” Here she is with her sister impatiently waiting for the show to start. 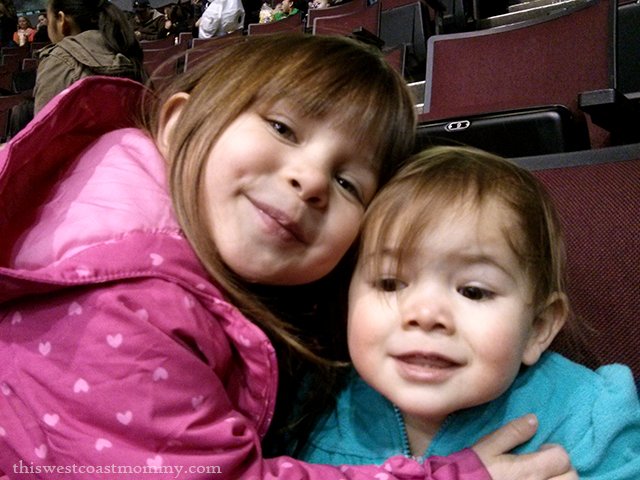 The basic premise of Mickey’s Rockin’ Road Show features Mickey, Minnie, Goofy, and Donald putting on a talent show. But a talent show needs talent, so off they go on a road trip to find performers. 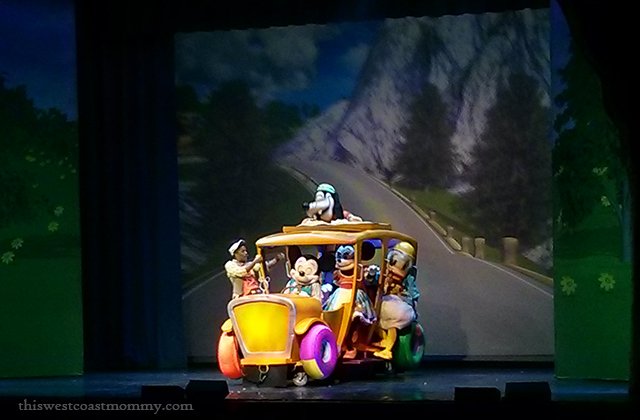 Along the way, the gang meets Cinderella and her stepsisters; Woody, Jessie, and Buzz Lightyear from Toy Story; and Tigger who helps them out with a spare tire. 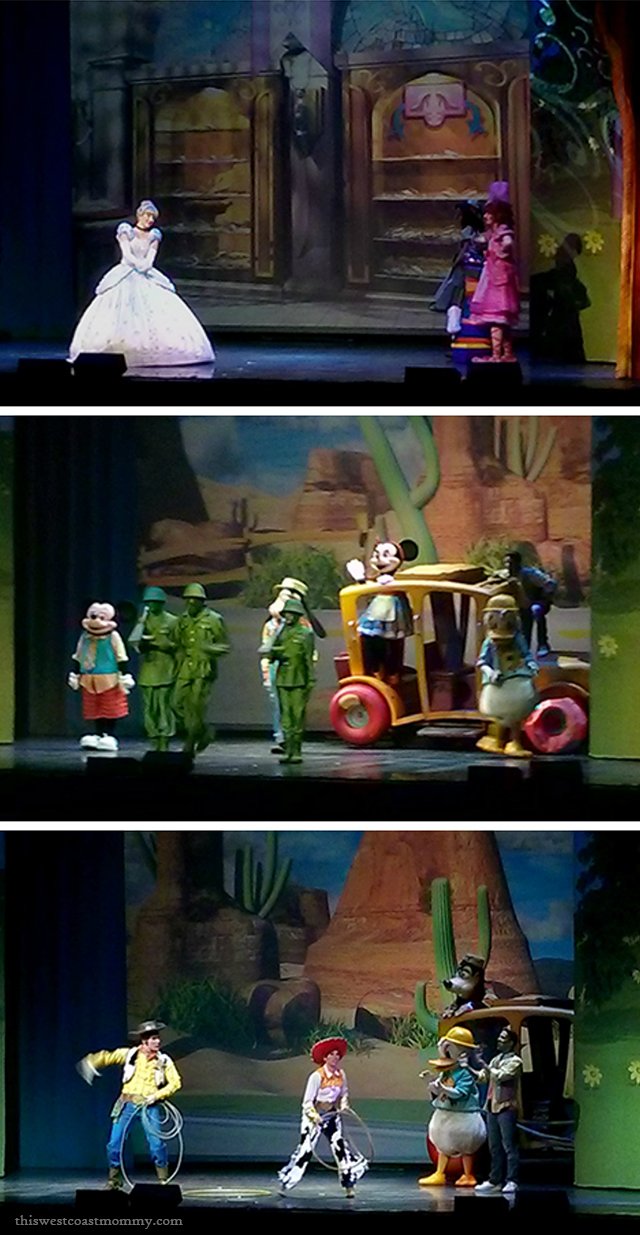 After a 15 minute intermission, the second half opened with a cute musical interlude that brought parents from the audience up on the stage to play air band while their little ones danced.

And now everyone is back and the talent show can begin! The first act starred Cinderella’s fairy godmother singing the classic “Bibbidi Bobbidi Boo” and magically transforming Cinderella’s dress before her “A Dream is a Wish Your Heart Makes” number. Both these songs were on the slow side, and the girls started getting a bit restless here.

The gang from Toy Story arrived next. Woody showed off his lariat skills, Jessie was a hula hoop whiz, and Buzz Lightyear dropped in on a wire to do some juggling! Tee has watched all the Toy Story movies, and she excitedly pointed out all the characters and shouted out their names.

The girls’ favourite part was Tigger’s “Bounce Bounce” hip hop song and dance number. Just like Tigger, the whole thing was full of fun and energy. Like the rest of the kids in the audience, they both jumped up and danced along with huge grins on their faces. (That was my favourite part.) 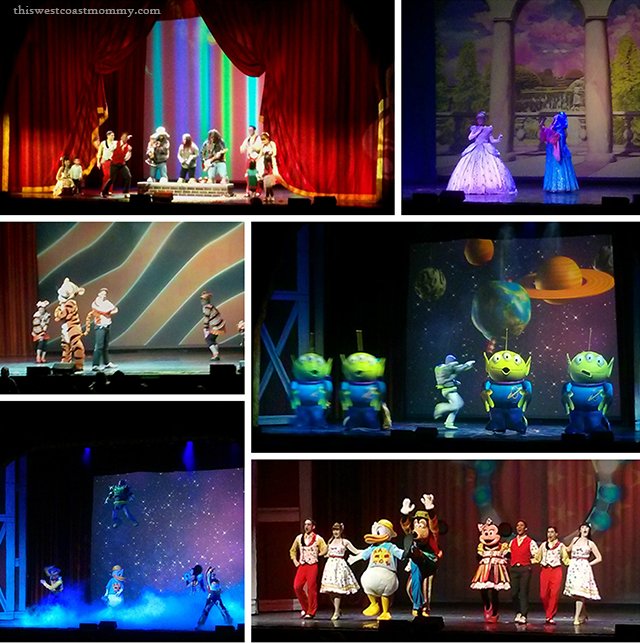 The grand finale brought all the characters on stage. After numerous failed attempts to get his cannon working throughout the show and all the characters haranguing him, “Bigger, Donald!”, Donald Duck finally succeeded in creating the fantastic celebration everyone was waiting for. 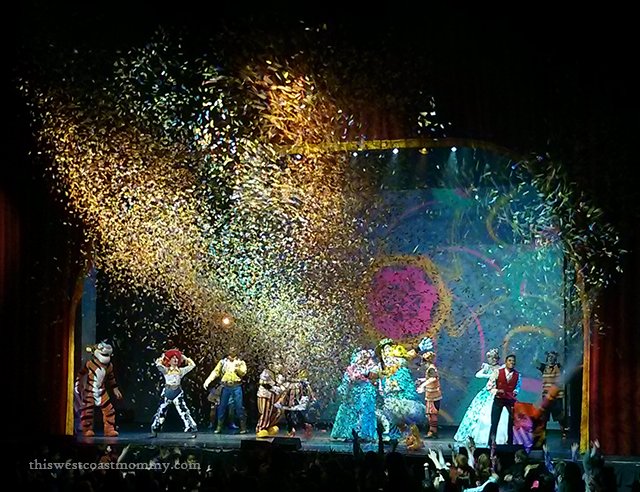 From a production standpoint, the character costumes’ moving mouths and blinking eyes went a long way towards making them seem more realistic. I appreciated the way Woody, Jessie, and Buzz Lightyear’s costumes were cleverly made to give them the look of plastic dolls. The audio was clear, and the timing of the live audio mixed with the pre-recorded character voices was seamless.

We always enjoy Disney productions, though I wish there had been a few more uptempo songs in this show. Tee and Kay are huge fans of Mickey and the gang, but they did get a bit antsy in the slower, dialogue-heavy parts. Older children with longer attention spans will probably enjoy the show even more.

Disclosure: I received media tickets for the purpose of writing this review.  All opinions expressed are completely honest and my own, based on my personal experience. Your experience may differ.