Bad blogger! Somehow I forgot my DSLR camera at home when we jetted off to Las Vegas for our tenth wedding anniversary a couple of weeks ago, which meant I had to make do with my cell phone on our trip. Photo ops abound in Las Vegas though, so even though they’re not quite the quality I’d like, I still wanted to share a few of the photos I got. If you’re planning your own Vegas getaway soon, check out my tips for saving money in Las Vegas.

We stayed at the New York, New York Hotel & Casino. The hotel exterior recreates the New York skyline with miniature versions of the Empire State Building, Chrysler Building, Grand Central Station, and a 150 foot tall replica of the Statue of Liberty. Yep, that is a roller coaster on top! 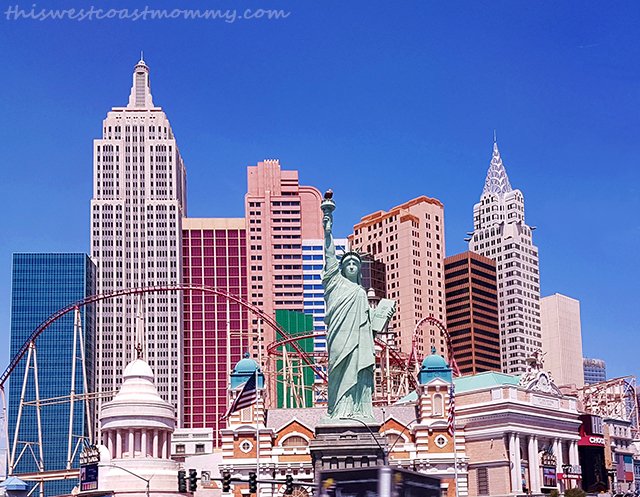 It’s an older hotel, but still well-maintained. The inside is designed to look like a New York City street scene with a replica of the Times Square electronic billboard above the storefronts. 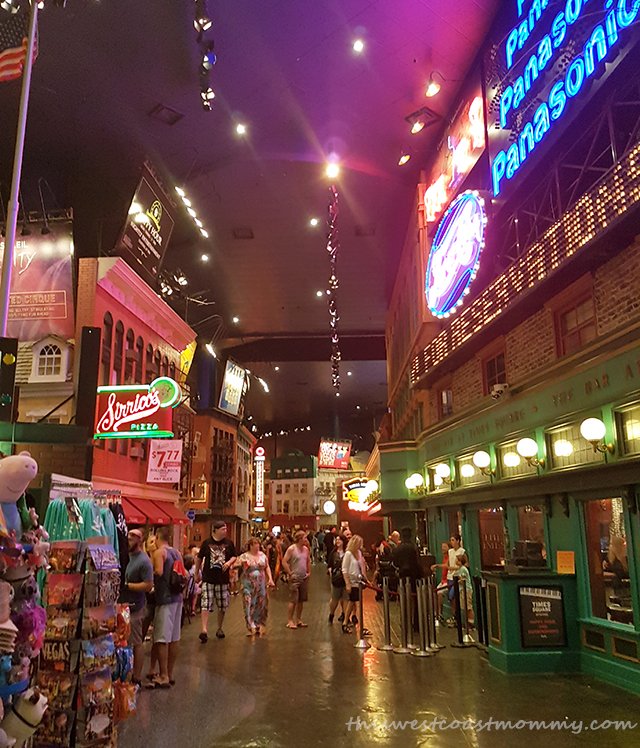 The one major drawback was the location of the hotel itself. On the map it looks like it’s fairly central on the Las Vegas Strip, but it’s NOT. The entire time we were there, we kept being fooled by how long it took to walk what looked like just a couple of blocks. It was a blistering 43 degrees (109F) during the day when we were there, so that 45 minute walk down the street was brutal. Thankfully nighttime walks were cooler, and we could enjoy the bright lights on the Strip.

On our first night we caught an Uber over to the Fremont Street Experience, party central in downtown Las Vegas. Every block boasted a live band on stage, and we saw dozens of performers in the crowd, making a few bucks by taking photos with tourists. We saw not one, not two, but three different KISS bands, one of which was done up stripper style. Viva Las Vegas! 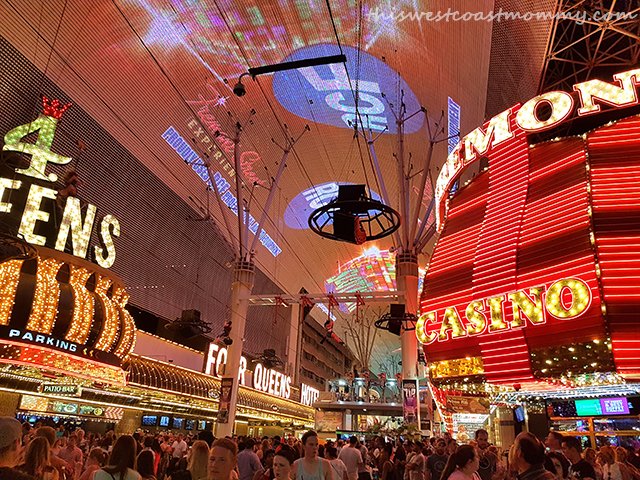 The next night, hubby and I attended Le Rêve (French for Dream), a stunning aquatic dance and acrobatic show performed in an amazing aquatic theater-in-the-round. Thrilling high dives and aerial work, the juxtaposition of fire and water, and the incredible dancing and water effects made this far and away the highlight of our trip. I understand why Le Rêve has been voted “Best Production Show” in Las Vegas six years in a row. Hubby and I were both completely blown away. 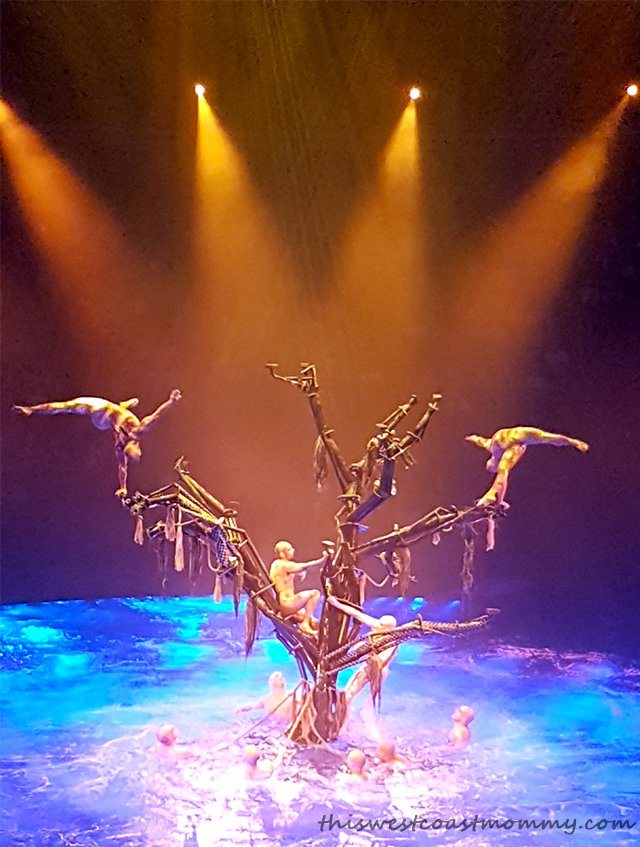 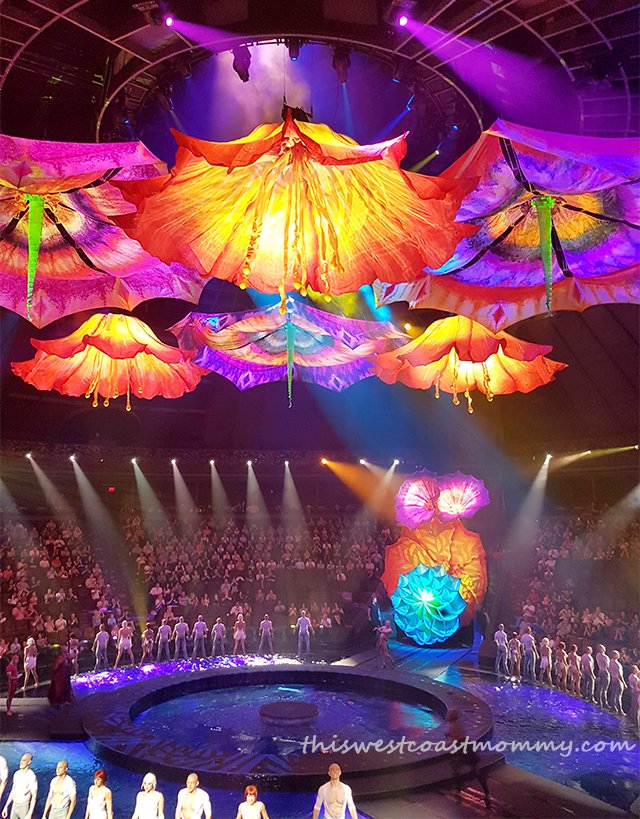 We also rubbernecked through quite a few of the hotels on the Strip. I think I was most impressed with the flower sculptures and gardens at The Wynn. 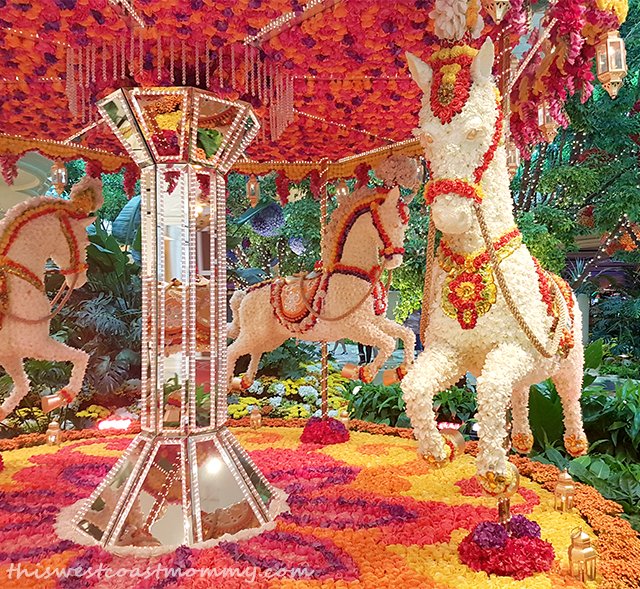 We stopped to see the Fall of Atlantis animatronic show at Caesar’s. It was so crowded I couldn’t get a decent photo of the show while it was happening, so here’s the fountain between shows. Still really cool! 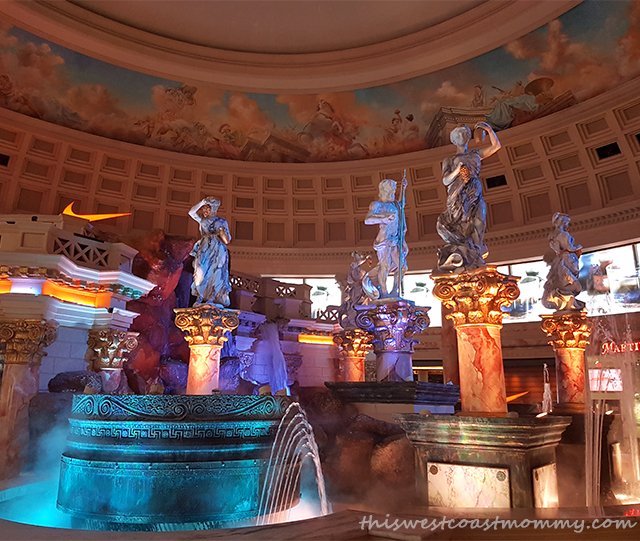 We wandered through the Grand Canal Shoppes at the Venetian and took the required selfie by the bridge. 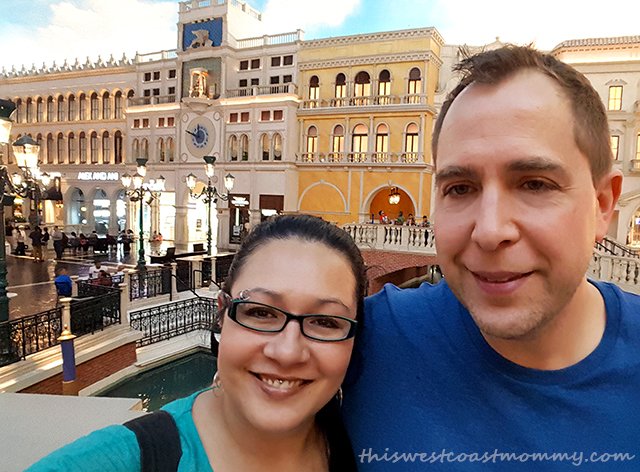 And of course we had to play a few slots. No jackpot, but we still had fun! 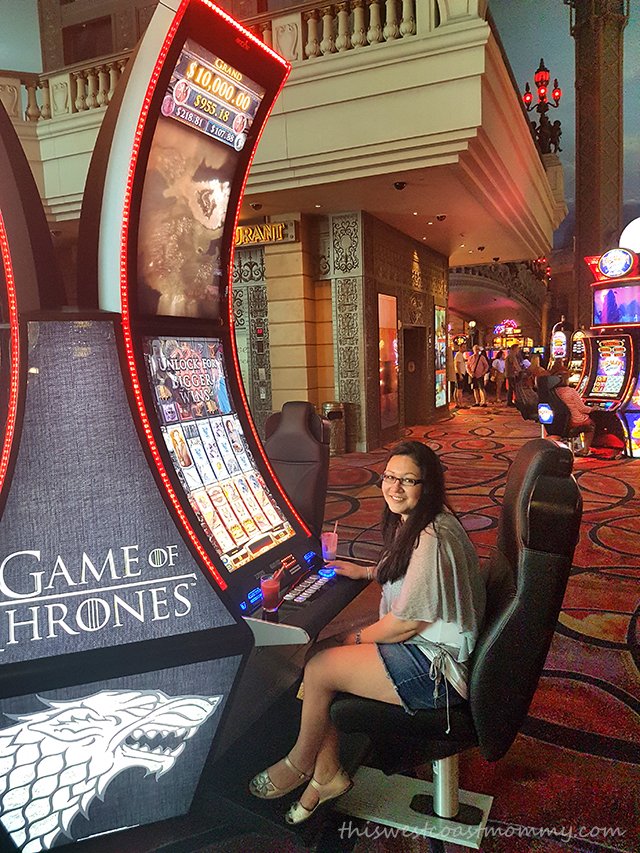 This was our first vacation alone since having kids, and we had so much fun on our adults only getaway! We were only there for three days, and I’d love to go back to see all the things we missed this time around.

Have you been to Las Vegas yet? What are some of your favourite places/attractions there?