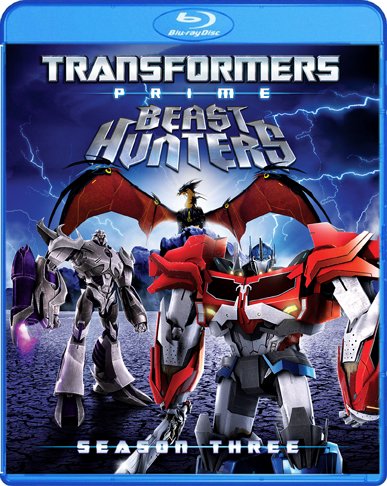 The epic battle with the Decepticons rages on as Optimus Prime leads his team of Autobots and three teenagers Miko, Jack, and Raf in a mission to defend Earth and one day restore his home planet of Cybertron. But Megatron and his Decepticons have destroyed the Autobots’ headquarters, scattering Optimus Prime and his heroic team.

Meanwhile, Shockwave has come to the side of his commander, bringing with him the newest Decepticon weapon that could turn the tide of the war in Megatron’s favor. Can the Autobots reunite in time to defeat Megatron and the Decepticons once and for all? Or does this new weapon spell the end for the Autobots… and for Earth? Find out how it all turns out in the final exciting season of the Emmy® Award-winning series Transformers Prime – Beast Hunters!

are sold separately and available for pre-order.

Disclosure: I received a sample item from the PR company. This post contains affiliate links. This West Coast Mommy is a participant in the Amazon Services LLC Associates Program, an affiliate advertising program designed to provide a means for sites to earn advertising fees by advertising and linking to Amazon.com.