It’s that time of year again! Theatre Under the Stars has been a summer tradition here in Vancouver since the 1940s, and we always look forward to attending summer night musical performances in the open air ampitheatre at Stanley Park’s Malkin Bowl.

Tip: Don’t forget to dress in layers or bring a blanket – it gets chilly as the sun goes down – or you can buy a lap blanket at the venue.

Playing from July 4 to August 18, the TUTS 2018 season will feature a pair of dream-come-true tales – one of a rags to riches princess who finds her Prince Charming, the other of an aspiring theatre star who gets her lucky break on Broadway. 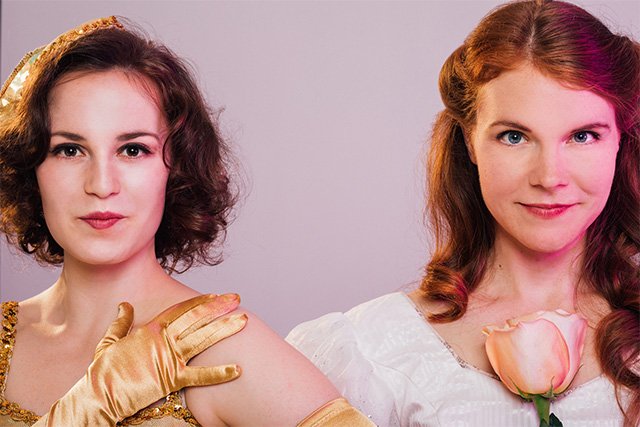 My daughters love attending Theatre Under the Stars every year. They’ve danced with the dishes in Beauty and the Beast (2016), sung along to Mary Poppins (2017), and they can’t wait to go back this year! We’ve only seen the Disney version of this classic fairy tale, so we’re all looking forward to watching Rodgers & Hammerstein’s Cinderella on the TUTS stage this summer.

Rodgers & Hammerstein’s Cinderella is a magical musical of dreams come true and happily ever after. The timeless enchantment of the fairy tale classic is given fresh life by the creators of The Sound of Music, South Pacific, and Oklahoma! Brimming with wit and warmth, the TONY Award®-winning musical promises to transport the hearts of children and adults alike with Fairy Godmothers, glass slippers, and the triumph of true love.

Making her TUTS debut is Mallory James as Cinderella, performing alongside fellow newcomers Tré Cotten as Prince Topher and Laura Cowan (Marie, The Fairy Godmother). Joining them is Caitlin Clugston who will play Cinderella’s stepmother (Madame), and Amanda Lourenco and Vanessa Merenda who will star as stepsisters Charlotte and Gabrielle. Michael Wild, who returns to TUTS for his fourth season, will play Prince Topher’s advisor, Sebastian. This performance is directed by Sarah Rodgers and choreographed by Nicol Spinola, with musical direction by Brent Hughes. 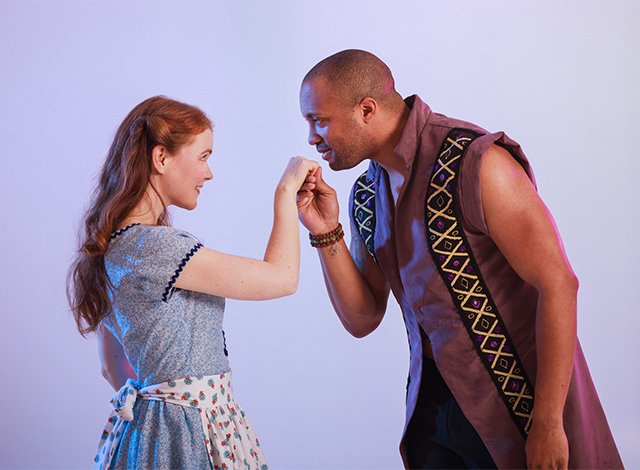 Rodgers & Hammerstein’s Cinderella will be in previews on July 4 and 9, and will open on July 11, running on odd days in July and even days in August until August 18.

Hook me up with a babysitter! I’m looking forward to dinner and a musical with hubby. 42nd Street is Broadway’s big, brassy song-and-dance extravaganza. The story’s heroine is Peggy Sawyer. Fresh off the bus from small-town America, Peggy is just another face in the chorus line in Broadway’s newest, glitziest show; but when the leading lady gets injured, Peggy might finally get her shot at stardom.

Adapted from the cult classic 1933 film (which featured choreography from the legendary Busby Berkeley), the musical is a celebratory ode to the grandest movie musicals of yesteryear. 42nd Street is bursting with all-time classics, including ‘Lullaby of Broadway’, ‘Shuffle Off to Buffalo’, ‘We’re in the Money’, and the titular show-stopping, tap-dance spectacular. 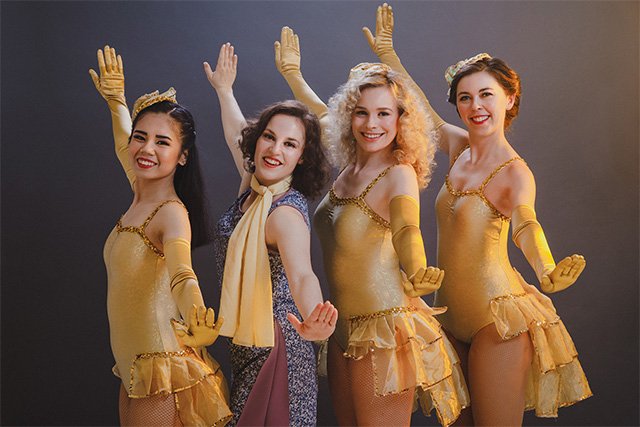 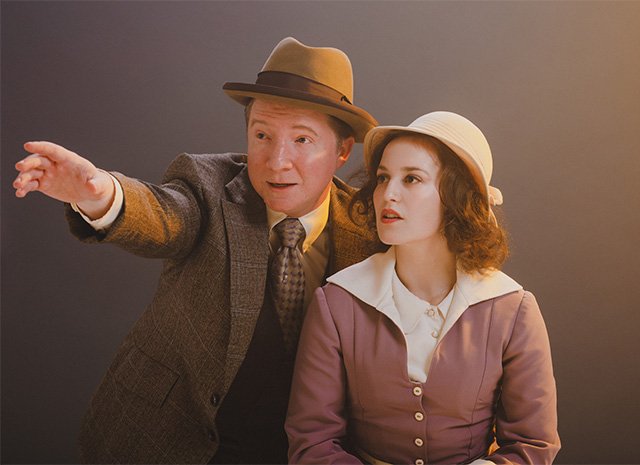 42nd Street will be in previews on July 5 and 10, and will open on July 12, running on even days in July and odd days in August until August 17. 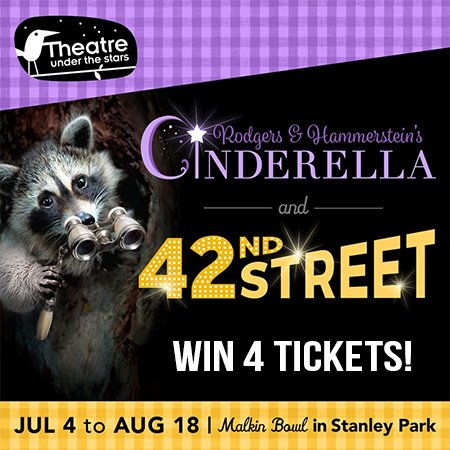 I’m so pleased to offer one of my local readers the chance to win 4 tickets to TUTS this summer. Enter in the giveaway widget below. This giveaway is open to anyone who can pick up the tickets and attend the show at Malkin Bowl in Stanley Park, Vancouver, Canada. All the winner’s entries will be verified. The winner will need to pick up their tickets from the PR office in Vancouver.