When I was in my early 20’s I wanted children, but then when I went to university, things changed and I wanted to focus on my career instead. My husband was on board with this, so we carried on without giving a thought to children. It wasn’t until a life changing event happened, the Alberta Flood of 2013, that things started to change. It was a rough time in our lives, one that we struggled with for quite some time. But we persevered and my husband approached the subject of children. “We are in our thirties now, we could have at least one kid don’t you think?” I still said no way, but there was this little earworm that was stuck in my head now. After a few discussions, I left for a field shift (I’m an archaeologist), and thought about it. I did agree, but I was also having some blood pressure issues at the same time.

After consulting with my doctor, he said that high blood pressure could be managed while pregnant, so in the summer of 2014, we started trying. During this process, I received notification that I had an abnormal PAP test, and I should be screened for cervical cancer. Back to the doctor I went, and he recommended putting the pregnancy on hold until this was figured out. I was referred to another OB/GYN to see what the next step was.

But life has a way of not going as planned. On our way to a wedding in BC, I felt a bit unusual. I slept for almost the entire 10-hour trip there, and while sleeping in a car isn’t unusual for me, I am usually awake for the majority of the trip. I am also a foodie, and when we went out for dinner, once I got my food, I no longer had any interest. My husband and I looked at each other, and I slowly mentioned that it may be a good idea for me to take a pregnancy test. A quick stop to the pharmacy, and we headed back to our hotel to find out. The result was almost instantaneous, positive. We were both excited, but that quickly turned to concern with the other health problems that I was experiencing. That didn’t stop us from enjoying the wedding and visiting with friends. I would go see my doctor once back home.

Photo Credit: “Positive Pregancy Test” by ecooper99 is licensed under CC BY 2.0

When I went to the doctor to get confirmation of pregnancy, my doctor was supportive and said that we would figure things out regardless. My doctor prescribed me labetalol for my blood pressure issues so that could be monitored from the start. I also ended up getting into the cervical cancer specialist shortly after and her results were positive as well. I did have pre-cancerous cells in my cervix, but the area that they covered was quite small that she suggested waiting to get the LEEP procedure done after I gave birth as doing it before could potentially cause my cervix to weaken, leading to premature birth. This was not something I wanted to mess with, so I made the decision to wait.

My blood pressure remained stable until I was in my sixth month. My job was pretty stressful at that time, and to start out, my OB/GYN had to give me a note to restrict my hours of work to 40 hours per week as I was putting in quite a bit more than that. At my next appointment two weeks later, my blood pressure had started to rise. My OB/GYN did not mess around and immediately put me on medical leave. She gave me a day to wrap up everything at work and that was it. What was I going to do for the last three months of my pregnancy? I wasn’t on strict bed rest, but I was limited to light housecleaning and absolutely no physical activity, not even prenatal yoga. My blood pressure leveled off again, so everyone was happy about that. I went on with life at a relaxed pace, continued to go to my appointments, and things continued normally.

Around the 35 week mark, my blood pressure started to rise again. My home recording was seeing a slow, but steady increase, even with the labetalol. At my next appointment, which were now weekly, my OB/GYN said that we should consider inducing labour now that I was past the 32 week point. At my 37 week appointment, my blood pressure was 140/100 and it was decided that we would induce at 38 weeks. My husband and I kept that to ourselves as both of our families were worried about me.

The appointment was made, and I headed to labour and delivery for preparation the night before. They inserted a balloon into my cervix to help me dilate at 7:30 pm. I was set up in my own room, and we waited until morning. At 7 am, they broke my water, I was hooked up to an IV and given Pitocin to start the labour process. My contractions started almost immediately after, with no break in between them. I made it two hours of an almost constant contraction before I threw the towel in and asked for an epidural.

My husband and I passed the day away in relative ease after that. We were both anxious, but knew that our little one would be here soon. At 5 pm, the doctor came in and said everything was ready to go. They placed a probe on the baby’s head to monitor heart rate during delivery. It wasn’t long into pushing that the doctor stated that his heart beat was irregular, and if I couldn’t push him out quickly, they would have to consider an emergency c-section. Being stubborn, I pushed with all my might when I was told, and at 5:45 pm, we had a little boy weighing 5lbs 14oz, named Gunnar Magnus. The whole process from induction to birth took almost 24 hours. 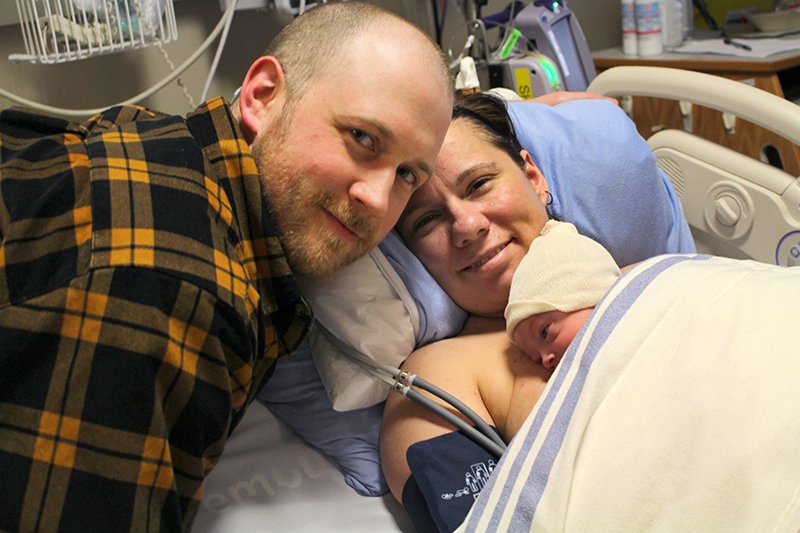 He was perfect in every way. Since it was early evening, we had to wait until the following evening to be discharged from the hospital. That was the most agonizing time as it felt like we had been there for such a long time. Driving home was also a bit nerve-wracking, my husband was telling off drivers under his breath while I sat in the back seat with our son. Was life after birth easy? Not in the slightest, but we now have a healthy, rambunctious, happy 2-year-old boy. Life wouldn’t be the same without him, and we wouldn’t have it any other way. 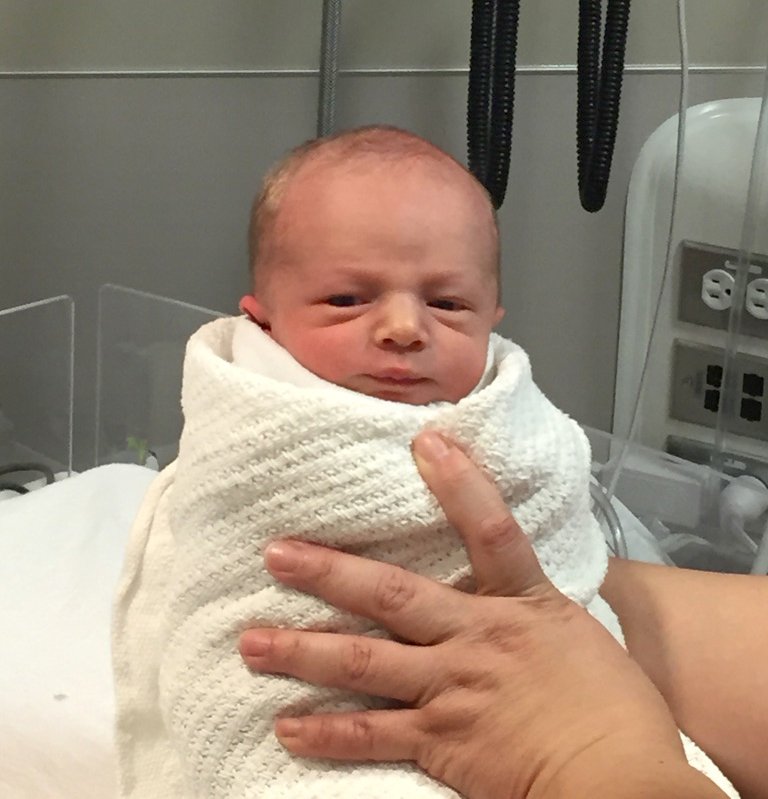 My name is Tammi, I am married to a wonderful husband, and I am a mother of a very active toddler, Gunnar. Gunnar loves to play, make forts, be outside, and chase around his best friend, Freya our younger cat. We also have another elderly cat, Zeus, who may make appearances every so often, but tends to keep to himself. I am a recently “retired” archaeologist, so that I can spend more time with my family. I hope to one day get back in the field, but since it can take me away for long periods of time, I chose to stay closer to my family. So, in the meantime, I am going to school for massage therapy and will be graduating in May 2017. I love to crochet, dirt bike, camp, hike, ski, pretty much anything to keep me somewhat active and outside.

Visit me at The Adventures of Gunnar and Freya! You can also find me on Twitter and Instagram.