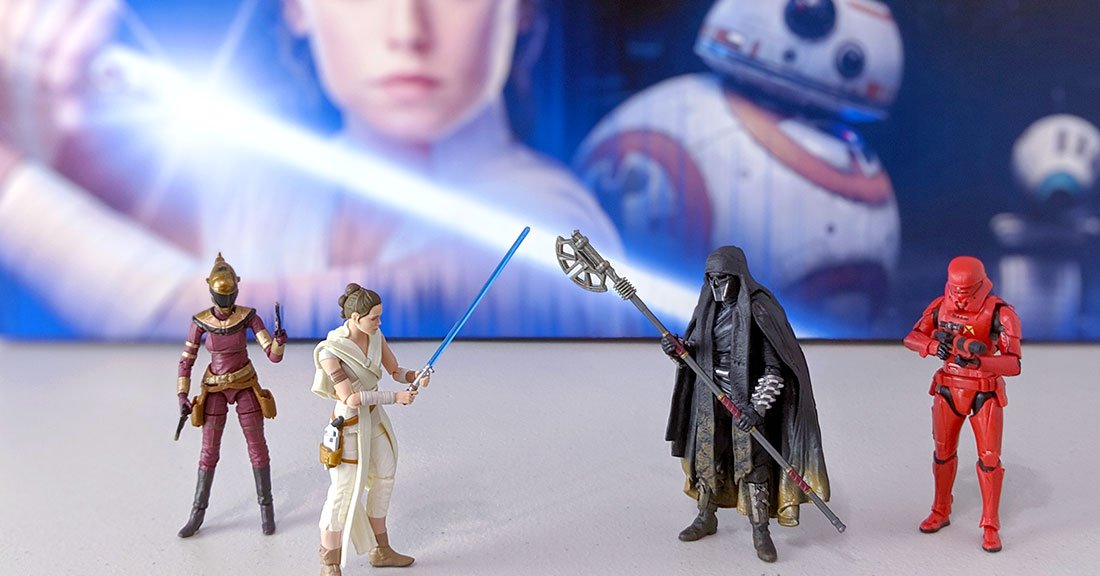 With the final episode of the Star Wars epic coming out this December, we’ve been eagerly anticipating The Rise of Skywalker in theatres as well as all the new Star Wars toys hitting the shelves. Hasbro recently sent us a box full of The Rise of Skywalker toys released on this year’s Force Friday (October 4) ahead of the movie and just in time for the holiday season. Keep reading for a sneak peak and a giveaway at the end! 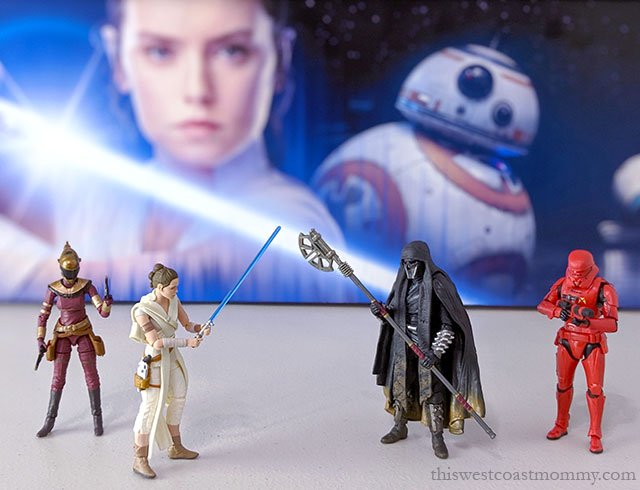 When you think Star Wars action figures, this is it! New Rise of Skywalker figures from The Vintage Collection include Rey, Zorii Bliss, Sith Jet Trooper, and Knight of Ren. The 3.75-inch scale action figures come with packaging inspired by the original Kenner line and premium features like ball joints allowing for more mobility and poseability. Each figure features up to 14 points of articulation at the ankles, knees, hips, waist, shoulders, elbows, wrists, and neck. 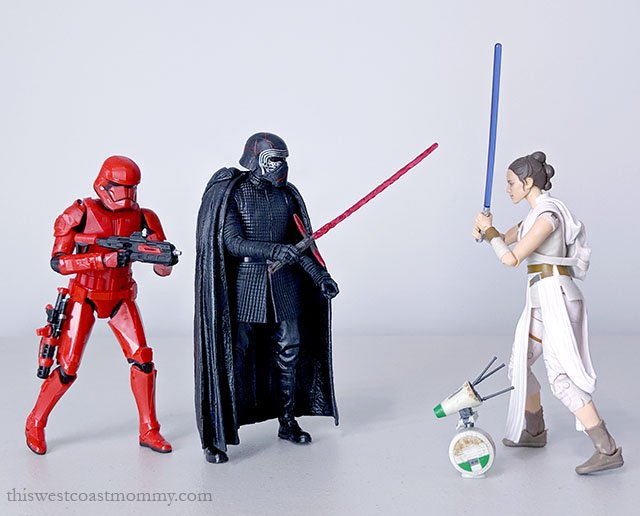 Brand new Black Series action figures from The Rise of Skywalker were also released this Force Friday. These 6-inch scale collector-oriented figures are more detailed with better articulation than the smaller figures simply due to their bigger size. 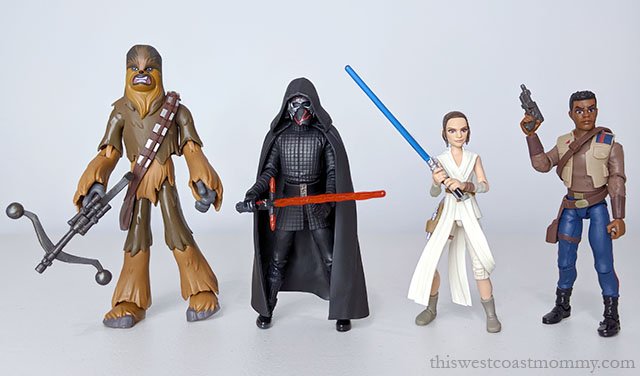 More affordable than The Vintage Collection figures yet still highly articulated, these figures are a great choice for kids. Each figure has an action feature for extra playability. Rey and Supreme Leader Kylo Ren swing their lightsabers when you twist their torsos. Push Finn‘s arm down and he pulls his blaster out. Chewbacca comes with a bowcaster and performs a Wookie slam attack move. 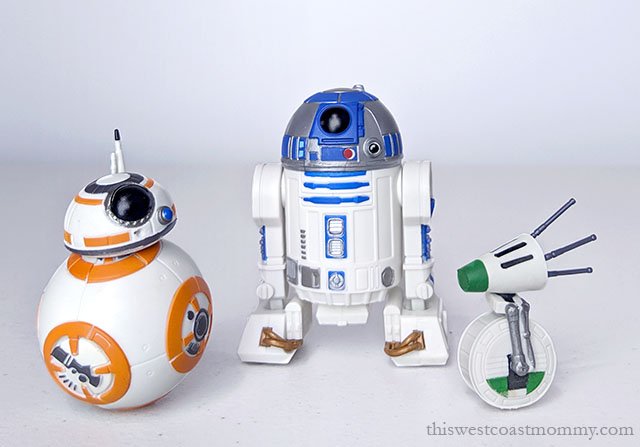 Also part of the Galaxy of Adventures line, kids will love this R2-D2, BB-8, and D-O 3-pack of everyone’s favourite droids. BB-8 has a little built-in retractable stand on the bottom for display purposes, and R2-D2 and D-O roll freely for lots of play. 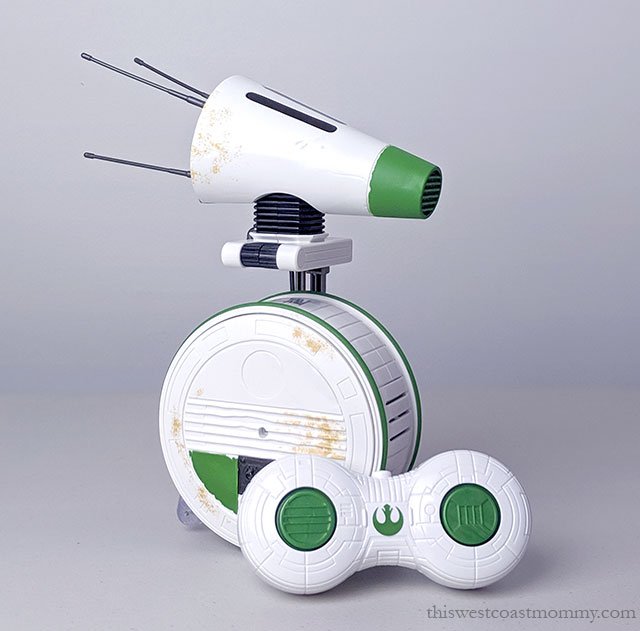 Cobbled from odds and ends in the workshop of a droidsmith, little D-O is an impressionable little rolling droid that becomes fixated on BB-8. This Remote Control D-O Rolling Electronic Droid Toy rolls forward and backward, spins around, and makes expressive droid sounds. Requires 4 x AA and 2 x AAA alkaline batteries (not included). 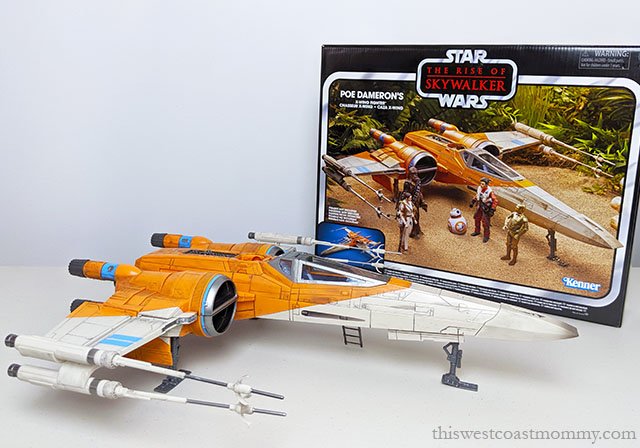 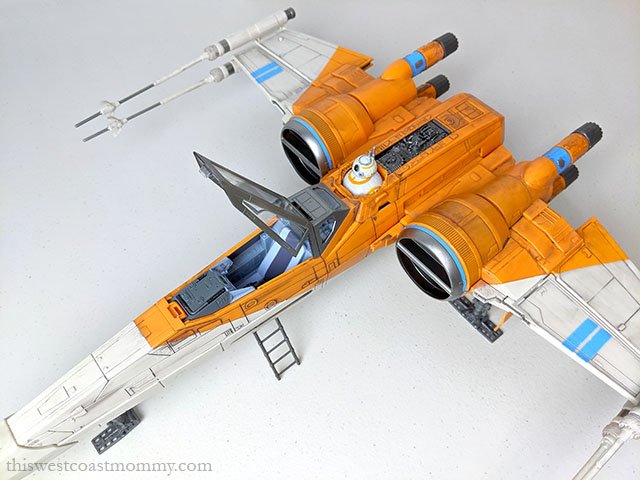 This new X-wing vehicle comes with a host of premium details like a detachable ladder (stored in a hatch on the bottom of the ship), folding landing gears, separating wings, removable engine panel, and opening cockpit. Unfortunately, this version doesn’t come with any figures in the box, but 3.75-inch figures fit nicely in the cockpit, and the droid socket is perfect for either BB-8 or R2-D2. 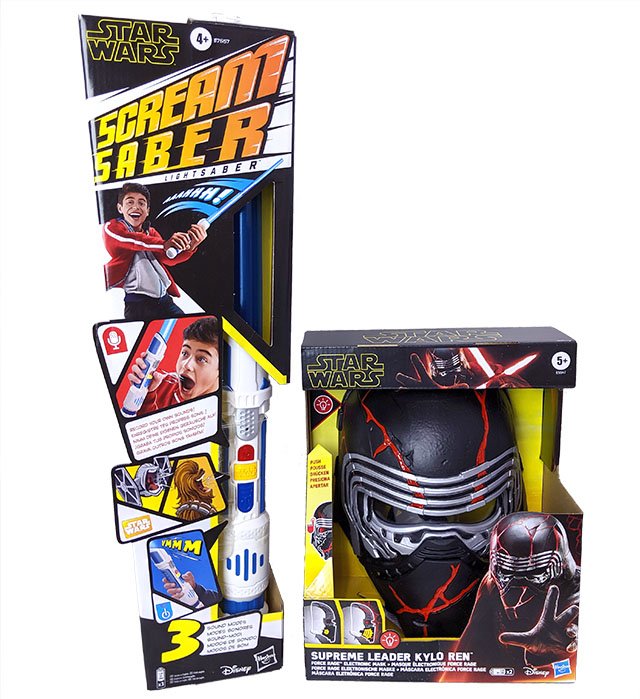 The Star Wars: The Rise of Skywalker Supreme Leader Kylo Ren Electronic Mask comes with Force Rage light FX so kids can imagine themselves as the Supreme Leader of the First Order, Kylo Ren. Push a button for sound-activated light FX. When kids speak or shout into the mask, the FX glows brightly. Elastics allow this mask to fit various sizes.

Hey Star Wars fans! One of you will win a Star Wars Scream Saber Lightsaber and a Star Wars Remote Control D-O droid. Enter in the giveaway widget below. This giveaway is open to residents of Canada, 18+. All the winner’s entries will be verified. Prize delivery is not guaranteed by Christmas, so please plan accordingly.