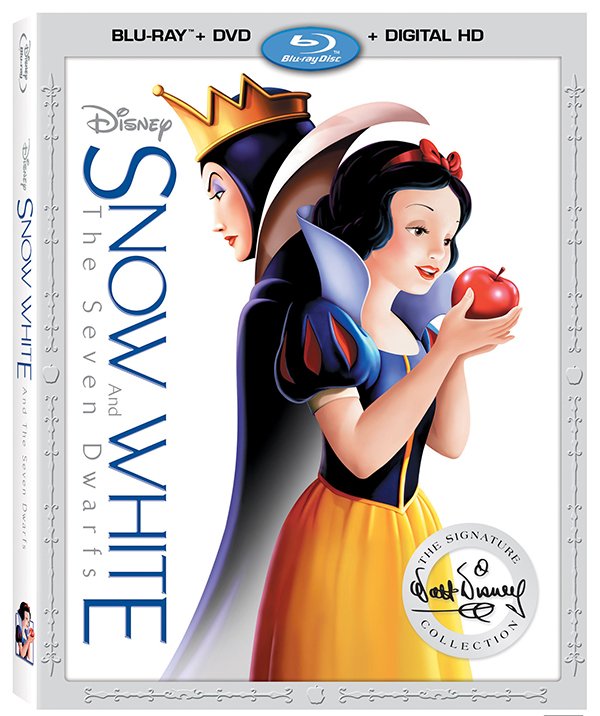 Forever enchanting and inspiring, Snow White And The Seven Dwarfs embodies The Walt Disney Signature Collection’s legacy of animation. In this epic story of love and friendship, the kind and beautiful princess Snow White wins the hearts of the Seven Dwarfs and triumphs over the evil plans of a wicked Queen. Share the movie called “The Greatest Animated Film Of All Time,” (American Film Institute) on Blu-ray February 2nd and on Digital HD January 19th, with special features for the entire family!

I don’t think I need to summarize the plot of this movie: Wicked Queen, “Mirror, mirror on the wall”, Heigh-Ho!, poison apple, enchanted sleep, love’s first kiss. There. Everyone is familiar with the classic 1937 Disney version of this fairy tale, but when was the last time you watched it? We never got the Diamond Edition Blu-ray release from 2009, so this is my first viewing of Snow White and the Seven Dwarfs in HD. The picture quality is stunning, and the story still captures children’s imagination, even 79 years later.

I think kids were made of sterner stuff way back when, because I certainly don’t remember the forest scene being so scary. Kay hid her face for that sequence, but overall the girls really enjoyed their first experience of the original Disney Princess. The friendly forest animals and Dopey’s antics made them giggle, and Tee in particular very much liked the dwarfs singing “Heigh-Ho.” I suspect I’ll be hearing that more than once over the next few days!

This is the first release in the new Walt Disney Signature Collection, and it comes with a Blu-ray disc, DVD disc, Digital HD code, and some brand new material (listed below) in addition to bonus material that was previously released on the Diamond Edition. I’m excited to add this to our Disney library, and I’m sure the girls will be watching this one again soon!

Scroll down to the bottom to download some free Snow White and the Seven Dwarfs colouring pages and activity sheets.

Snow White and the Seven Dwarfs Walt Disney Signature Collection will be available February 2 at Amazon and wherever Blu-rays are sold. 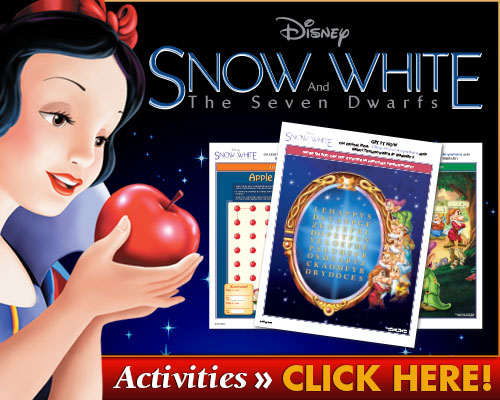