Editor’s note: This is part of an ongoing series of birth stories submitted by readers and fellow bloggers, featuring a diverse range of women and their birth experiences. All birth stories and all birth experiences matter. Today’s story was submitted by Sissy. Her delivery started out as a planned midwife-assisted natural birth, progressed to an induction, then ended up in a c-section – what is often known as the cascade of interventions. If you would like to share your own birth story, please visit this post to learn how. ~Olivia

My story starts on Thursday before my baby girl was born. It was eleven o’clock at night and I started to feel something. My belly was acting weird and my due date had passed us by the Sunday before so I had been waiting. After telling my boyfriend, Patrick, he should not go to work the next day I tried getting some sleep but was too nervous. I walked around a bit, made some food and tried to relax. My water broke at 3 am Friday and I called the midwife who was not concerned. She said to come into the office in the morning and we did. It was confirmed that I was leaking amniotic fluid. What was nagging at me was that the contractions I had felt earlier stopped completely when my water broke.

We were told to go home, relax and call the midwife on call later that afternoon unless something changed before then. So we called around six and told her I still wasn’t having contractions and she told us to come into the hospital at 9 pm and she’d induce labor. Now, here I started being a bit disappointed and scared. I read that induced labor is much harder on mom and baby so I was hoping to avoid that. Also on my list of things to not do were an epidural, a c-section and those baby monitors they strap to your stomach. Alas, my water had broken and I needed to be induced so here came the wired monitors. Oh well.

And the inducing worked. Oh boy was I in pain. I was so glad that my boyfriend was there holding my hand the whole time. He also helped me get to the bathroom and take showers. Honestly, I thought the showers were the best for dealing with the pain. 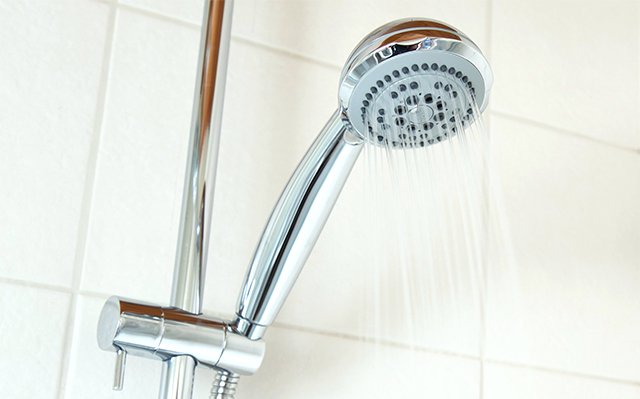 My midwife came back on Saturday afternoon to check my dilation. At this point I had been induced for over 15 hours and I thought, “This has gotta be it”.

The verdict? One centimeter. One. Freaking. Centimeter. I have to admit that broke my spirit. She also said that my baby wasn’t in the right position, she wanted to come out nose first. She suggested an epidural to help me relax through the pain and gave me ice packs to try and encourage her to turn around. I would love to say how awesome the epidural was and that she moved into a better position, but that didn’t happen. They gave me a little button thing to push whenever I needed more pain meds and I’m ashamed to say I was pushing that silly thing all night long. Some of the times it didn’t even do anything because I had pushed it so recently. There was a sharp pain in my back that reminded me of a knife scraping against a stone and it would not go away.

The next morning my midwife came back around five. I had made it to a whole six centimeters. This time she went to get a doctor for a consult. She came in, checked me too and didn’t look excited. To my further embarrassment, I spoke first, “Can we just finish it?”

She went on to say that she was going to suggest that because my baby needed to come out. The next hour went by in a flash. I was wheeled to the ER, which was freezing cold, and they got my baby out. They offered to let me watch but I was nervous enough about the surgery that I did not want to see my body being cut open. Patrick was still there, holding my hand and looking at me because he didn’t want to watch either. A few minutes later, it felt like seconds, I heard my baby’s first cry. After this, my memory is mostly nonexistent, but I think I used to remember because Patrick and I have been talking about it. He also took pictures. 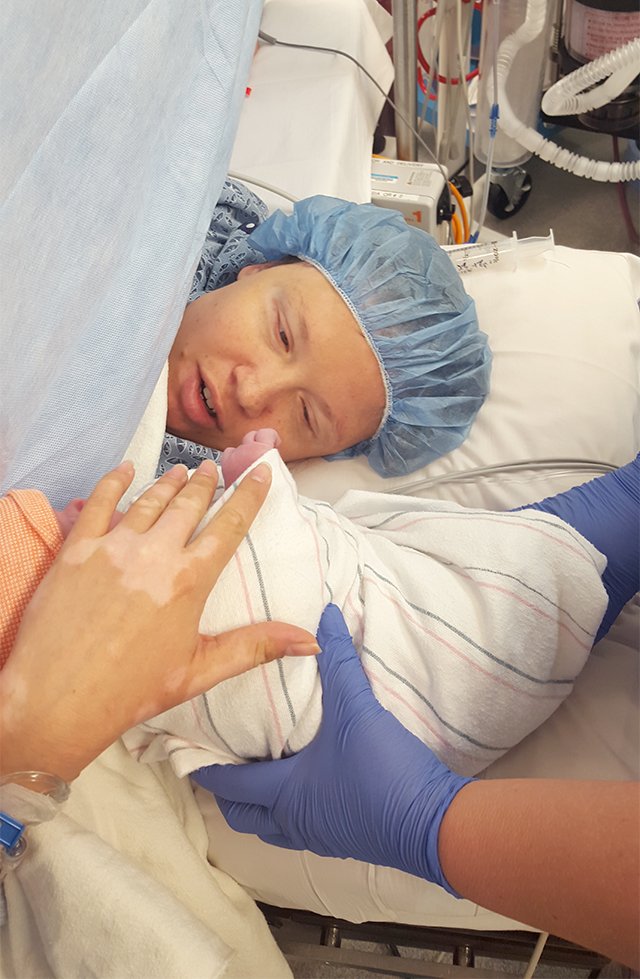 The nurses were cleaning our little baby and allowing Patrick to take pictures the whole time. When they were done they brought her to me and held her right up to my face so I could see her. I’m sad to say that I don’t have my own memory of this, just a picture. I also don’t remember the first time she lay on my chest and nursed which was just a few minutes later outside of the OR. I’m assuming that the drugs are to blame.

The two things I remember clearly from my c-section are how exhausted I was (I didn’t even want to keep my eyes open but kept telling myself this was important and it would be rude to sleep) and my little girl’s first cry. It was the most amazing thing I have ever heard. So loud. So strong. Incredible.

And that is the story of how my little girl was born.