Tee and I have begun a new bedtime tradition! We’ve been reading longer books at bedtime, taking turns reading to each other, a few pages every night. It’s a fun way of bonding and encourages Tee to practice her reading. The last few weeks we’ve been reading Secrets from Myself, a contemporary/historical supernatural mystery for middle schoolers by award-winning local author, Christine Hart. 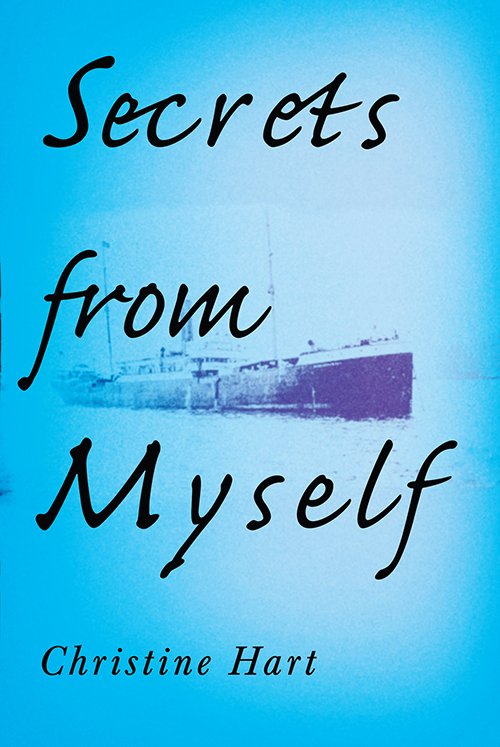 Secrets from Myself is set in Vancouver, my hometown and the location of the real-life Komagata Maru incident behind this gripping story. On May 23, 1914, the Komagata Maru ship arrived in Vancouver carrying mostly Punjabi immigrants from British India via Hong Kong. Despite being British subjects, they were turned away from Canada (a British dominion at the time) due to the Continuous Passage regulation which stated that immigrants must “come from the country of their birth, or citizenship, by a continuous journey and on through tickets purchased before leaving the country of their birth, or citizenship.” The regulation was a transparent effort to limit Indian immigration to Canada.

Of 376 passengers, only 24 were ultimately allowed to land. After sitting in the harbour for two months, the ship was eventually escorted out by the Canadian military and forced to sail back to India where 19 passengers were shot and many others imprisoned by the British as political agitators.

Katelyn Medena is a Caucasian 12-year-old girl from a small town in interior British Columbia. Recently she’s been having strangely vivid dreams and finding unfamiliar handwriting in her diary she doesn’t remember writing. She has become convinced that in a previous life she was Akasha, a Sikh girl who came to Vancouver as a stowaway on the Komagata Maru. But why is she having these dreams and visions? What is Akasha trying to tell her? 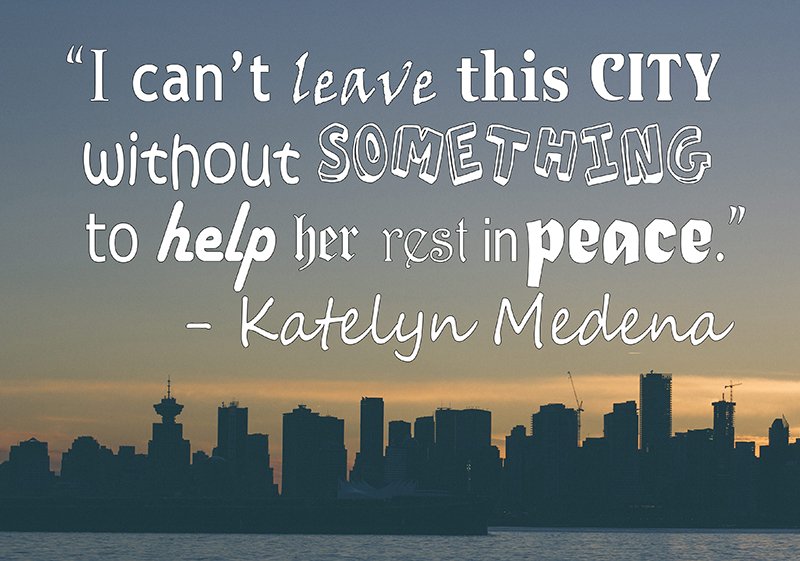 Katelyn’s mother brings her to Vancouver to see a mental health specialist, at which point she runs away to try to investigate her visions and ends up in the psychiatric ward at Children’s Hospital. Upon her discharge, Katelyn is sent to live in a group home where she continues to have visions of Akasha’s life and learns more of her journey. As a Sikh, Akasha was forbidden to marry her Hindu sweetheart, so they planned to run away to Canada together. But when they’re separated, Akasha finds herself on the streets of Vancouver where she is tricked into a brothel.

Katelyn continues to investigate the mystery of what happened to Akasha, desperately seeking evidence to prove that she really existed. If she can find proof, then she’ll know she isn’t crazy. With the help of her former nanny and Bryce, an old friend who might be more than a friend some day, she starts to piece together Akasha’s story and eventually discovers a surprising parallel between her life and Akasha’s.

Read on for an excerpt from Secrets from Myself:

MY TURN IN the shower has been bumped to after dinner because of my tardy return from the Drive. I don’t like going to bed with wet hair and the house hairdryer is broken. I’ll just have to deal. But after a truly brain-blending afternoon, I decide sleeping with wet hair isn’t something worth complaining to Mariah about.

I draw the curtain and turn the shower to mostly hot. I peel off my tank top and denim shorts. I step inside the steamy enclosure and pick up the communal shampoo bottle, cursing myself for not picking up some of my own toiletries during one of my brief outings.

As I work the foamy soap through my hair, my arms start to feel chilly. I turn the water all the way to hot. Stupid small hot water tank. They’re supposed to be housing half a dozen girls here. Can’t they do better?

The water starts to scald my skin, but the air around me is still cold. I start to feel nauseous. I need to sit down. Now. I flick off the shower head and sit down in the shower, hugging my knees for warmth. It’s no good.

I pull the shower curtain back to grab a towel. I look over at the bathroom mirror and scream. It’s not me! It’s HER! Akasha’s face stares back at me from behind the condensation on the wet glass. Several lines are written in characters I don’t recognize.

I STAND CEMENTED to the ground, panting. I break free and grab a towel. I need a picture! My phone. I wrap the towel around me and bolt out the door. I run down the hall to my room and fish my phone out of my backpack.

“Katelyn, what’s going on?” says Mariah from the living room. I can’t make out the words, but the other girls are talking too.

I run back into the bathroom and swipe my phone on. I snap a picture, although most of the fog is gone. A few words remain. It’s still worth capturing. I take another picture and another. And then the mirror is clean again and I am Katelyn once more. 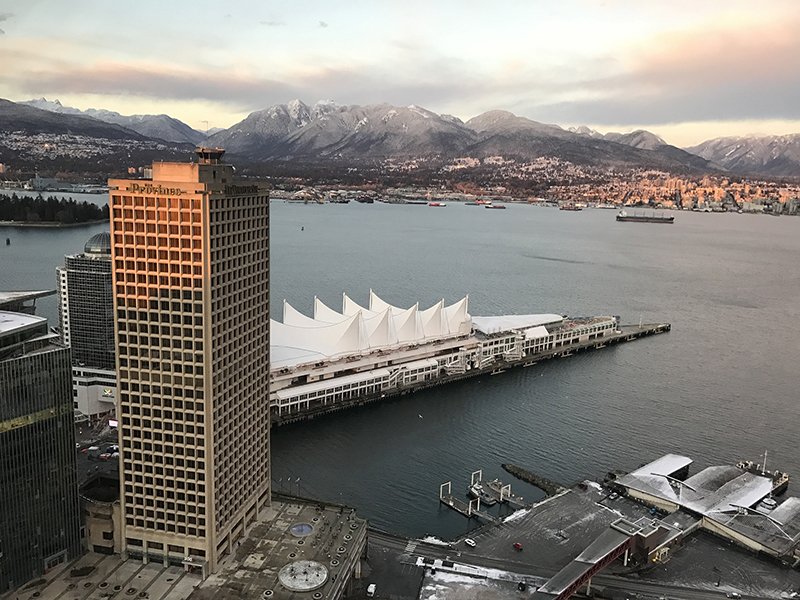 Secrets from Myself is intended for a middle school/junior high audience, I’d say twelve and up, which I realized partway through. We found Katelyn and Akasha’s intertwining stories riveting, but there were a few passages I glossed over when reading to my seven-year-old, specifically having to do with the brothel. It’s also implied that Akasha is assaulted at one point, but the attack is never described. One of Katelyn’s housemates is described as a former prostitute and another is a recovering drug user, but there’s nothing graphic or explicit.

At the end of the book, the author has included a bit more information about the historical Komagata Maru and the circumstances of the ship’s arrival at the Port of Vancouver. Reading about this shameful interlude of Canadian history led Tee and I to do some research of our own into the ship’s journey, and then into a productive discussion about the roots of racism and religious intolerance. It was definitely a worthwhile read for us!

Secrets from Myself is available at Amazon, and in store and online at Chapters Indigo. If you’re local, I recommend picking up a signed copy at the Chapters in Langley! 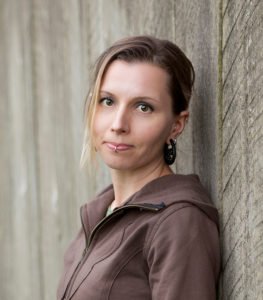 Award-winning author Christine Hart lives on BC’s beautiful West Coast. She loves writing about places and spaces with rich history and visually fascinating elements as a backdrop for the surreal and spectacular.

Christine has an undergraduate degree in writing and literature, along with a professional background in communications and design. She is a member of the Federation of BC Writers and SF Canada.

When not writing, she breaks stuff and makes stuff – in that order – for the Etsy shop Sleepless Storyteller.

Want a free story? Sign up for Christine’s newsletter! You’ll receive the short story “Night Watchmen” for free to download, and you’ll be first to hear about giveaways and new releases.

Christine has also written several books for a slightly older audience (14+). Check out some of her most popular YA novels, all set in beautiful BC. 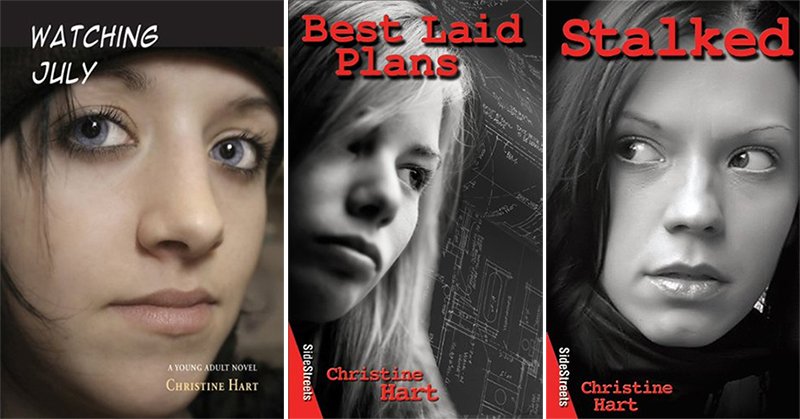 Watching July
Follow Vancouver teen July MacKenzie as she recovers from the loss of her mother and adjusts to an unwelcome move to a small Interior town. She begins rebuilding only to discover a new problem. Something is haunting her. July’s suspicions begin to point towards two horrifying truths. A reality she doesn’t want to accept. And an impossibility she can’t believe.

Best Laid Plans
Robyn has dreamed of a better life as long as she can remember. Trapped by poverty with an alcoholic father and a depressed mother, Robyn feels like her dreams of attending university and having a career are impossible. Robyn meets her first boyfriend and tastes the affluent life of her aunt, fueling her drive and ambition. Then her sister becomes pregnant while the family orchard flounders. She has to choose between her family’s future and her own.

Stalked
It’s the summer before her final year of high school, and Amy and her best friend Elise are stoked about their summer job. Two months, no parents, a dreamy twenty-something boss, and a remote Vancouver Island resort. It sounds like the perfect opportunity for shy, artistic Amy to reinvent herself. But when her dream boss turns creepy, Amy has to decide how far she’s willing to go to get the recommendations she needs for her future.

Win a YA Book Bundle

Christine is generously giving one of you a bundle of all four of these books: Secrets from Myself, Watching July, Best Laid Plans, and Stalked. This giveaway is open to residents of Canada and the US, 18+. Enter in the giveaway widget below. All the winner’s entries will be verified.

Disclosure: This is a sponsored conversation. All opinions expressed are completely honest and my own, based on my personal experience. Your experience may differ. This post contains affiliate links. This West Coast Mommy is a participant in the Amazon Services LLC Associates Program, an affiliate advertising program designed to provide a means for sites to earn advertising fees by advertising and linking to Amazon.com. I will receive a small commission if you purchase through my link, at no additional cost to you. This income helps pay for the operating costs of my website – thank you for your support!