Editor’s note: We believe that all birth stories and all birth experiences matter. This post is part of an ongoing series of birth stories submitted by readers and fellow bloggers, featuring a diverse range of women and their birth experiences. Today Samantha is sharing the story of her midwife-attended home birth in the middle of an ice storm. If you would like to share your own birth story, please visit this post to learn how. ~Olivia

The morning I lost my mucous plug I woke up with a start. I didn’t wake my boyfriend, but had a few contractions. I woke him up and told him what was happening. He got really excited and couldn’t go back to sleep, even though I did. I let my acupuncturist know what was going on. She told me to wait it out and keep my appointment for the next day. Mark and I spent that Sunday trying to walk the baby out. I spent a lot of time in the bath and yoga ball as well.

The next morning, I couldn’t sleep. I had my acupuncture at 9 am (I had appointments every two weeks the last half of pregnancy). This was the first appointment that I couldn’t lay on my back and had to be put in a reclining chair instead. Slightly towards the end I had my strongest contraction. I left the room and both Dr. Julie and Mark noticed I had dropped lower. Today was the day! 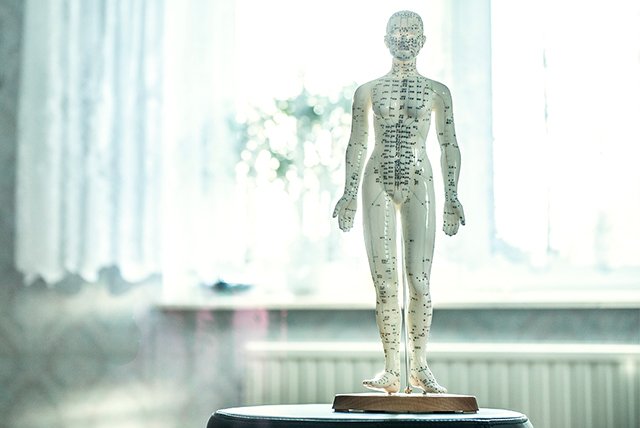 I felt really leaky so I called my midwife to let her know I thought my water had broken (turns out I was wrong). She had me come in to my appointment early because the roads were getting bad with the ice storm on the way.

The midwife sent us home with some recommended homeopathics and instructions to take my temperature every hour. We got home at 4pm and I began taking the medicine and my temperature every hour. Contractions began and were about 10-12 minutes apart. I couldn’t sit down or law down this whole time. I kept taking showers and telling Mark about every contraction. He was asking if he should blow up the pool. I told him no because I didn’t think we were in it for real yet.

Finally around 10pm I had him call our midwife to update her. She said it sounded like we were in labor since I couldn’t talk through the contractions. Unfortunately, she was sick and wouldn’t be able to come to us. So we started talking to the other midwife and she said to keep her updated. Around 11pm my contractions hit 2 minutes apart. Mark called the midwife to let her know. She decided to head out to us. In the middle of an ice storm. From several towns over.

Mark started blowing up the pool and then filling it. I got in and let the water run over me, still unable to be on my back. We ran out of hot water 1/3 of the way full!

I had Mark call the midwife again. She was still 30 minutes away. Mark was wonderful during this time. He was in a million places at once but always right by me when a contraction happened. When the midwife arrived (at 3am!) Mark said he was going to meet her and help her up to our second floor apartment. I said OK but as soon as he got to the door I yelled at him to just buzz her up.

The midwife arrived at the same time as the rest of our hot water (3 am!). She checked the baby’s heart rate as I labored in the tub and held Mark’s hand.

A half hour after she arrived, my water broke in the tub and I got even more uncomfortable. I decided a water birth wasn’t in the cards for me. Mark and the midwife helped me out and I moved to the bathroom to labor on the toilet (here Mark was in sooo much pain sitting on the edge of the tub). It was here that I had my first cervical check of my entire pregnancy. The midwife felt the head and I determined that was all I needed to know and pushed her out of there!

Sometime after this (less than two hours) I moved back to the living room and leaned over my yoga ball. Mark finally got some comfort and was able to sit on the couch. I felt like pushing. The midwife wanted me to feel the baby come out but I couldn’t be bothered to move my arms. I barely let Mark see him come before I needed him at my front again.

I felt the baby make his way out (and move back in –  a sensation I was not expecting!), the burning ring of fire! I knew I was almost there. Of course, at this point I was saying I can’t do this and wanted to go to the hospital. Then he was out at 5:32 am! I leaned back, picked him up (and his super short cord!). I passed the placenta easily. I was moved to the couch and laid there for quite a while just amazed. 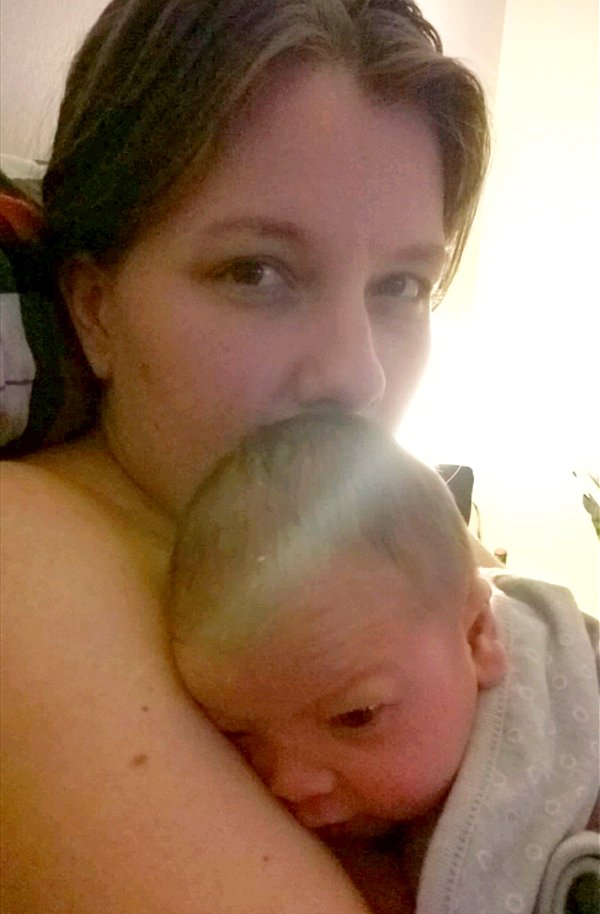 Mark held the baby while the midwives gave me an herbal bath and stitched me up.

Mark and I didn’t have a name until several hours later, after the midwife left actually. Elliott Harrison was born after 6 hours of active labor at 5:32am on December 29. He was 9 lbs and 20.5 inches of perfection!

We had been planning a home birth but not preparing. Neither of us took a class or read a book. I didn’t finish Ina May’s Guide to Childbirth until Elliott was 2 months old. We let instinct foolishly guide us and thankfully everything was perfect. 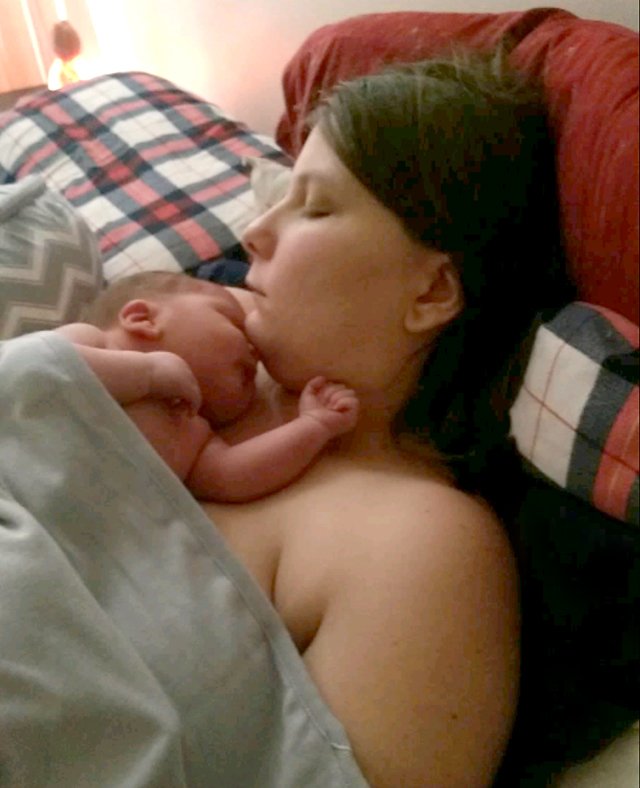 Disclosure: This post contains affiliate links. This West Coast Mommy is a participant in the Amazon.com, Inc. Associates Program, an affiliate advertising program designed to provide a means for sites to earn advertising fees by advertising and linking to Amazon.com.