Rylee’s delivery and postpartum period were plagued with multiple serious medical issues, but the arrival of her rainbow baby made up for everything.

From the moment I found out I was pregnant, a whole cluster of emotions immediately came. The instant joy of a heartwarming miracle, and also the question of disbelief, and worry. This was my rainbow baby, a pregnancy that I had wanted for almost two years. My husband and I lost our first pregnancy about 15 months before, and we were beyond devastated. And to make matters harder, this one didn’t come so easily. We tracked the calendar, we ate differently, and I even saw a doctor for a little help, and in the end…our rainbow happened! Aside from minor issues during the pregnancy like polyhydramnios (way too much fluid), we had a wonderful pregnancy.

Because of the fluid, I was induced a week early to just be extra cautious with the delivery. Oh man, did I think I had that all planned out.

I THOUGHT a nice natural birth would be the way to go, to get the whole experience. Well scratch that, because as I was laboring in the bathtub, she flipped inside me, going into my back. It hurt beyond words can describe. I was given an epidural which I then happily wanted. I’ll save you all the messy details in between and just get to the point of me being at 10 cm and pushing. Nothing was happening, and I was getting so frustrated. The epidural had never really kicked in, I was sick as can be, and I had my poor dear husband standing in front of me with both my feet on his shoulders cheering me on.

During all this, I had a placental abruption. I was so upset! They rushed me in for an emergency c-section and I was so drugged up, I could barely comprehend what was going on, and I was still getting sick…

Before I knew it, the best moment of my life happened. My beautiful baby daughter was born in front of me. We call her “Noodle”. Instantly my heart exploded with happiness because everything that had just happened WAS WORTH IT. My husband held my perfectly healthy 8.4 pound daughter up to my face so I could kiss her and that was that. My life was complete, my rainbow had arrived! 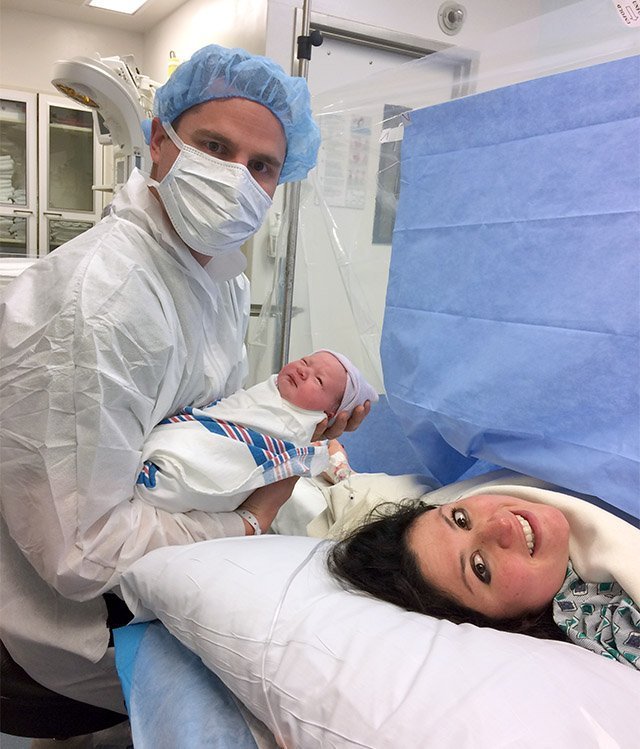 We recovered and went home a couple days later. I was IN LOVE WITH HER. She still wasn’t able to latch to nurse which was very hard, but I exclusively pumped for her and she was able to use a bottle so that was good for the moment. A couple days later though, I became very ill. It was Easter so I tried to ignore it, but by the sixth day I was so sick I couldn’t function. My husband made me go to the hospital (on our two year wedding anniversary of course), and I was glad he did because I ended up being there for ten days.

That was the hardest thing I’ve ever done. Lying in a hospital bed with a fever of 103 not being able to take care of my one-week-old baby. My husband went into Superman mode and took care of Noodle so well. Our parents and friends even took shifts helping with the baby so my husband could sleep.

Over the course of the next ten days, I was diagnosed with pneumonia, a severe infection in my c-section incision, a hematoma, and an abscess. I was given a blood transfusion and TMI…they had to go back into my c-section. (I’ll spare you the details.) While I was in the hospital my baby had her lip tie cut, and that’s how we found out why she couldn’t nurse. My mom stayed with me in the hospital that day while my husband and his mom took my baby in. It was so hard not to be there. But lo and behold, two days later SHE WAS NURSING LIKE A CHAMP!

After ten long days, I was released to go home with nurses packing my wound every other day at my own house…only to go back two short days later for another four days. My blood pressure had spiked to 180, and I was then diagnosed with postpartum preeclampsia. I was put on magnesium and was finally able to go home after four more long days. The worst part about that (and still today) was that it really messed up my milk supply. I had finally gotten my baby to nurse, and then I couldn’t make enough. I was told “fed is best,” and I’m really loving how right that is. My baby has half breast milk and half formula, and she’s perfectly healthy. And the best part is…I’M ALIVE. 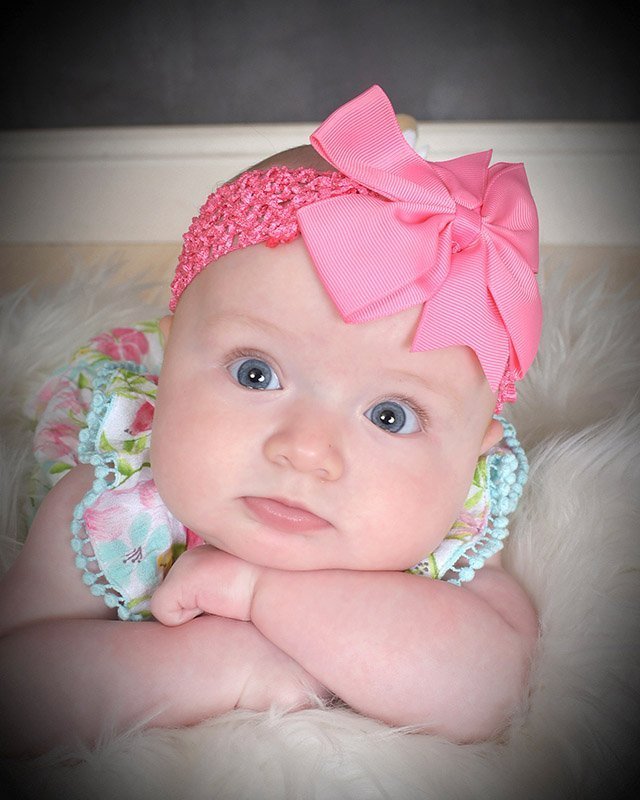 It’s now been four months since all of this happened, and I needed to get it all down on paper before it slips away from me. We had the support of our parents, our friends, and our co-workers. It was such a wonderful feeling that I am forever thankful for. I’m still not fully healed, but getting better everyday. It was so WORTH EVERY SECOND. It’s the story of my rainbow, and how blessed my husband and I are for this experience of a lifetime. This little Noodle has made us the proudest parents ever. Thank you for reading 🙂