Paddington 2 Now Out on Blu-ray | This West Coast Mommy 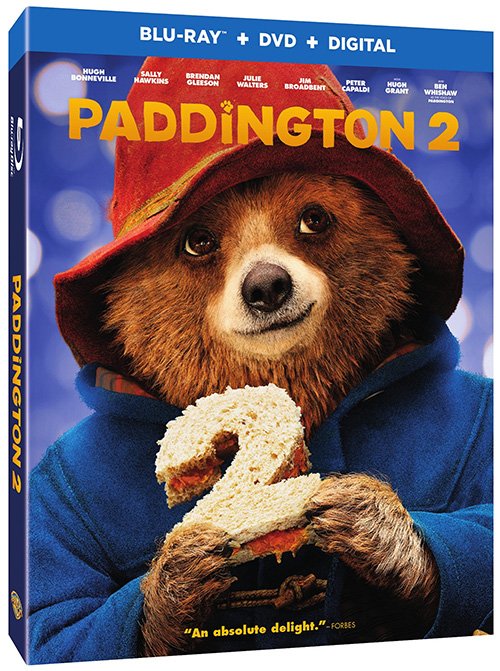 Warner Bros. sent this movie to me for free so I could review it.

Everyone’s favourite marmalade-eating bear is ready to go home with you! Currently rated 100% on Rotten Tomatoes, critically-acclaimed Paddington 2 is available now on digital and Blu-ray Combo Pack and DVD on April 24. 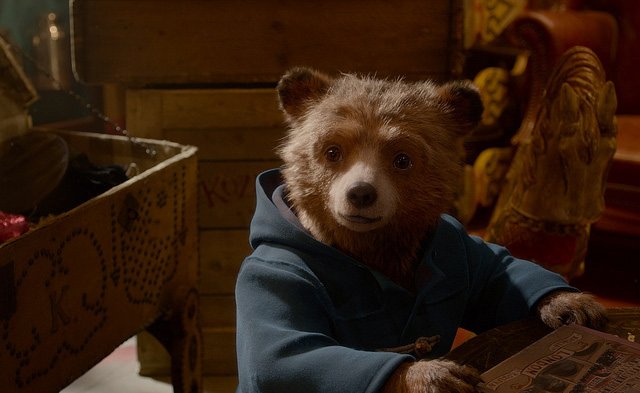 Paddington has found the perfect gift for his Aunt Lucy’s 100th birthday: a one of a kind pop-up book showcasing London’s most famous landmarks. He takes up window washing to earn enough money to buy it, but when the book is stolen from the shop, Paddington is framed for the crime and ends up in jail. 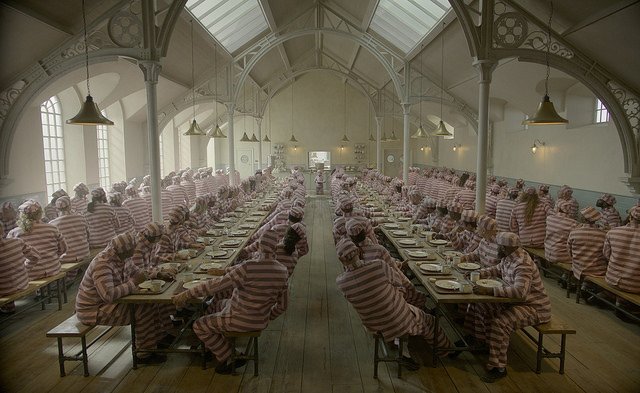 Poor Paddington is rather despondent to find himself in prison, but it doesn’t take long for his native optimism to reassert itself as he decides to make the best of his situation. Despite accidentally turning their uniforms pink, lovable Paddington soon makes friends with the other inmates by sharing Aunt Lucy’s marmalade sandwich recipe. 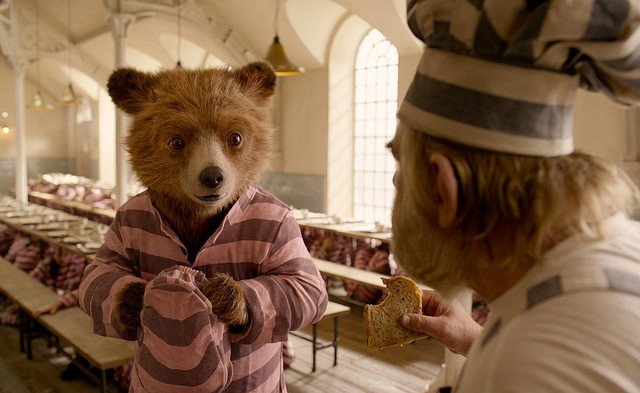 Meanwhile, Paddington’s family is working to clear his name and find the real culprit who they eventually realize is Phoenix Buchanan, a has-been actor and their neighbour. It turns out that the pop-up book contains clues to a long-lost treasure trove, and Buchanan will do anything to get his hands on it.

Fearing he has been forgotten by the Brown family, Paddington takes part in a prison break with several of his new friends who promise to help him prove his innocence. Once free though, they decide to make a run for it. Paddington refuses to leave with them and and calls his family instead. 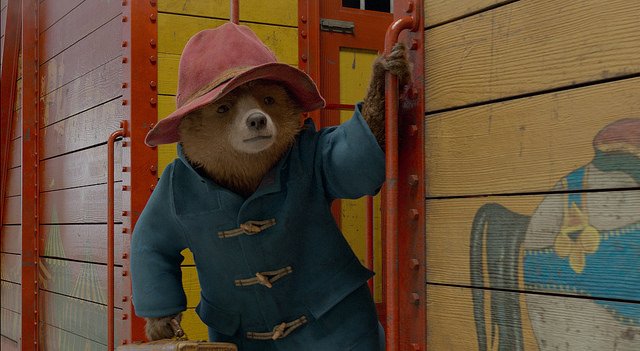 Paddington and the Browns hatch a plan to meet at Paddington Station to catch Buchanan so they can finally clear his name. While engaged in a train chase, Buchanan locks Paddington into a decoupled train car and sends it plummeting into the river. The inmates have a change of heart and come back in the nick of time to help Mary rescue Paddington from the train car.

Buchanan is arrested just before he gets the treasure, and Paddington is declared innocent, but the friendly bear lapses into a coma from his near drowning. He wakes up just in time for Aunt Lucy’s birthday, and at first he’s sad that he doesn’t have a present for her. But then the Browns and all Paddington’s friends and neighbours reveal that they’ve brought Aunt Lucy from Peru to visit him and see London for herself.

This is a brilliant movie for the entire family, kids and adults alike. I understand why it’s currently the highest-rated movie on Rotten Tomatoes. Funny, charming, and heartwarming, it’s almost impossible to remember that Paddington is just a collection of pixels and code. Approximately 75 years’ worth of work hours went into creating the visual effects on Paddington 2, and the fact that I barely noticed is quite possibly the best testament I can give.

Paddington is unfailingly sweet and kind, without being annoyingly saccharine. As Aunt Lucy says, “If you look for the good in people, you’ll find it.” He sees the best in everyone, including the prison inmates, and even Knuckles, the most feared chef in the prison kitchen. It’s Paddington’s kindness and friendship that inspire them to become better and to come together. And I think that’s a pretty good lesson for everyone to learn!

At first Kay was pretty upset about Paddington going to jail. As Paddington’s presence suffused the prison with good cheer, friendship, and positivity, Kay perked right up and started wishing that she could go to jail too. There are some scenes that may scare younger or more sensitive children, particularly during the train chase and when Paddington is trapped in the river, so be prepared to hide little eyes and offer some reassurance.

Bring home Paddington 2 on Blu-ray Combo Pack and DVD, or own it now on digital! 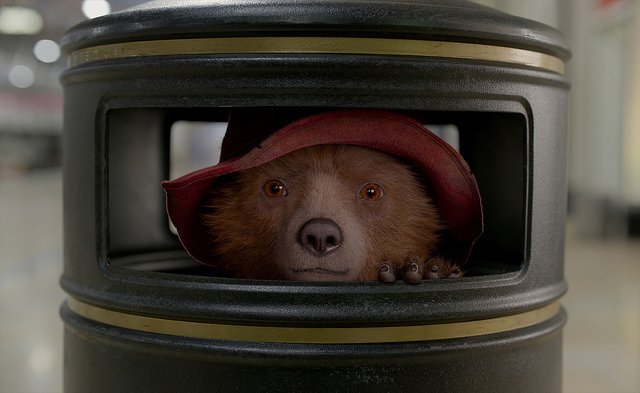