Time for the second of my monthly updates on Tee’s first year of preschool. This month she started attending preschool three days a week. The first couple of weeks I was worried we’d moved too fast for her. She started telling me she didn’t want to go to school anymore, and we had some conflicts about getting ready for school in the morning. But the last two weeks have been going smoother, and she’s looking forward to school again.

I messed up this week and forgot that she didn’t have school on Tuesday. I rushed everyone out the door and didn’t realize it until I saw the sign on the door. D’oh! I was surprised how disappointed Tee was that there was no school, and she didn’t want to leave until I promised her we could have school at home. We practiced some rhyming words, made some Halloween crafts, and read a couple of stories during circle time on the living room rug.

This month’s themes were turkeys, pumpkins, and Halloween. She’s been really enjoying the different crafts and sensory activities she’s been doing. Here’s a little taste! 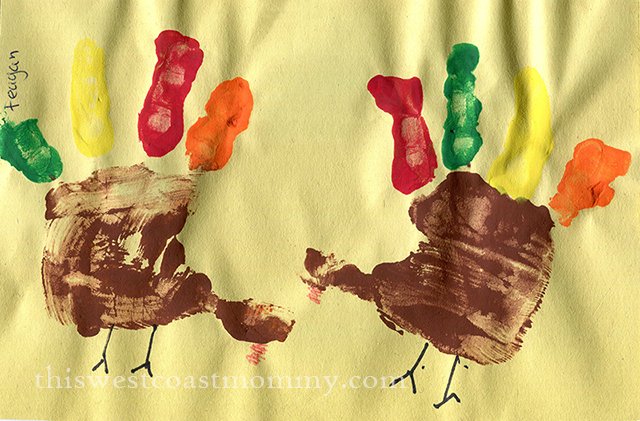 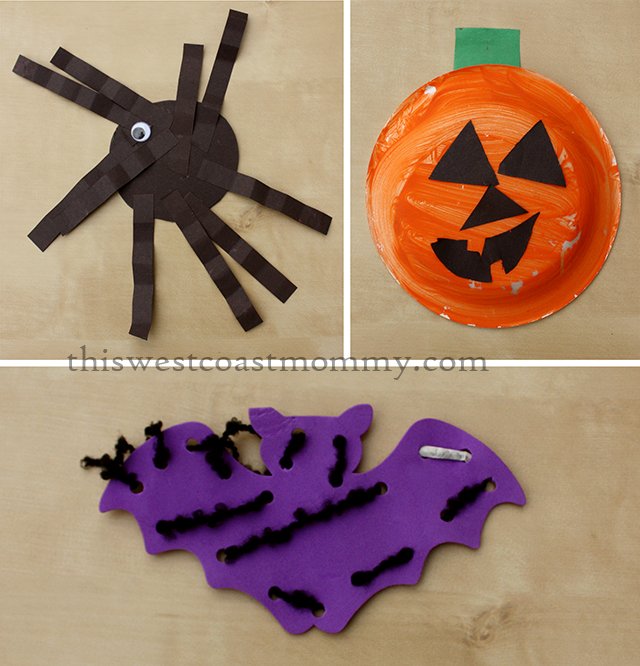 Tee knows all her letters and sounds, and is starting to learn about rhyming words. She’s mastered the pink tower (“I put the biggest one on the bottom and the small one on top!”), and she’s getting close to figuring out the broad stair consistently. She likes doing lacing activities like the bat up top and practicing her scissor skills. She’s also learned some Halloween songs and loves to sing them to me when she gets home.

Tee seems to have become quite attached to her teacher. She often picks up “special” leaves or acorns or dandelions on the way to school to show her. She’s started to play with the other children as well, though she still can’t tell me their names. Last week she got thumped in the head with a hockey stick during a rousing game of running around the yard, and she was quite impressed with the ice pack her teacher gave her. Don’t worry though, she was fine. Not even a little bruise.

Last Friday Tee went on her first field trip to the pumpkin patch with her class. Chris was able to take the day off work so we both got to take her. We visited the animals, pet some goats, took a hayride to the pumpkin patch, and picked out the perfect pumpkin.

This month’s highlight was supposed to be her preschool Halloween party, but she ended up missing it because she’s been home with a fever the last couple of days. She was pretty disappointed, but her teacher made up a plate of pizza and goodies and sent it home with Grandma. The pizza definitely helped raise her spirits.

Next month Tee has set a goal for herself to walk down the stairs and into her classroom on her own. I’d love for her to be a little more social with the other kids too, but I know that will come in time.

How is school going for your kids? Any exciting events or field trips for your little ones?