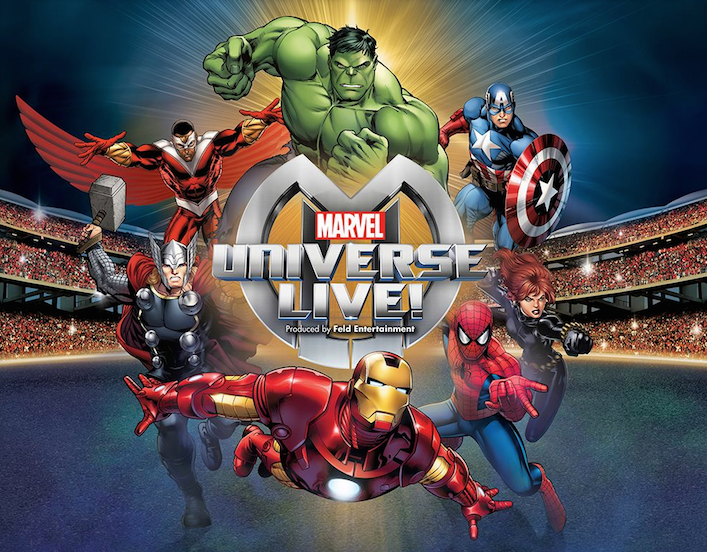 On Thursday, we attended Marvel Universe LIVE! at the Pacific Coliseum. After checking out the website and watching a sneak peek video, I decided this wouldn’t be appropriate for my two-year-old who thinks the blender in the next room is too loud and covers her ears every time I use it. Good call on my part.

Marvel Universe LIVE! is not what I would ever describe as quiet. Other words I would not use include slow-paced, boring, or forgettable.

All our favourite Marvel superheroes have teamed up to rescue the Earth from power-hungry Loki, who has created a clone of the Cosmic Cube (AKA: Tesseract) from the remains of the first one. Expect to see Ironman, Spider-Man, Thor, Captain America, Black Widow, Captain Marvel, Falcon, Hawkeye, Wolverine, and Bruce Banner/Hulk, with minor appearances from Storm and Cyclops as Loki’s captives. 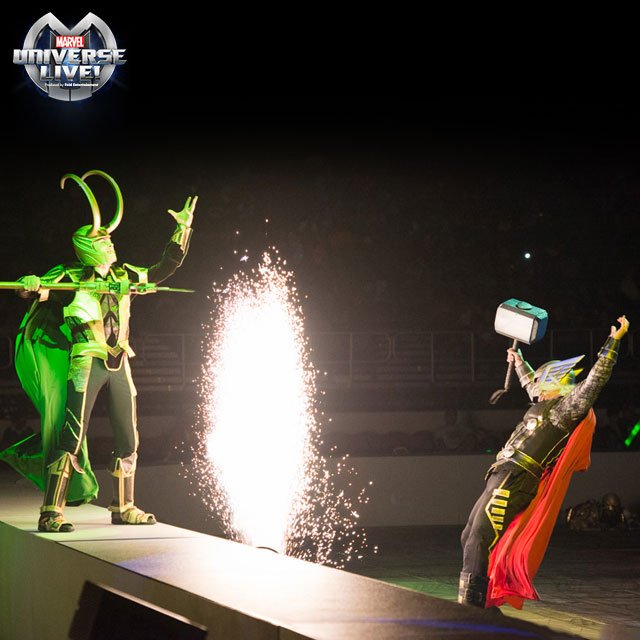 Along the way, our heroes battle a myriad of Marvel super villains. Be aware, there is a lot of shooting and fighting, including people stunt falling off girders and one henchman impaled on Wolverine’s claws. Highlights for me were Iron Man’s nemesis Killian fighting on fire, Spider-Man hanging upside down from the Green Goblin’s hoverboard, and Thor fighting Rhino and Lizard (two of the best costumes of the show). 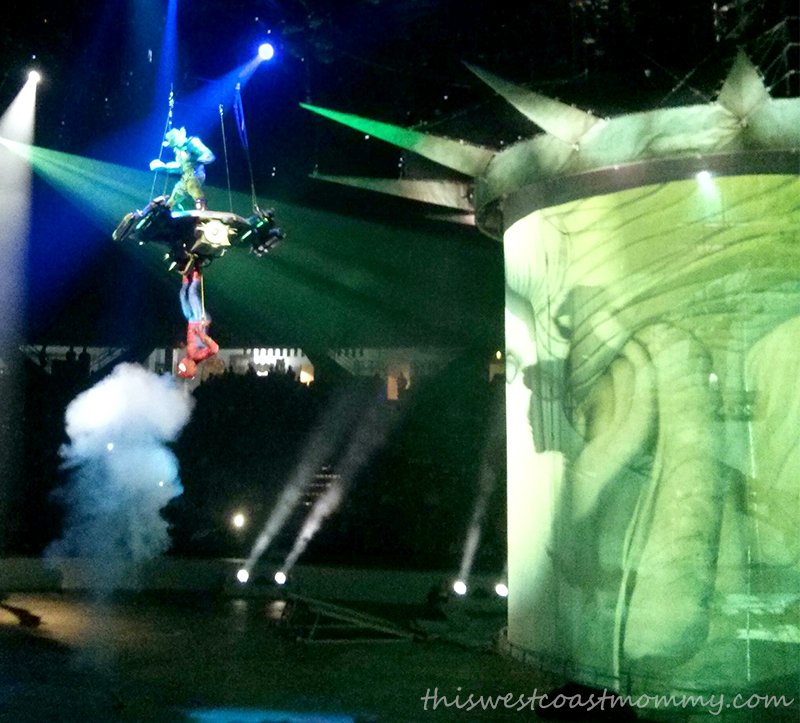 The Avengers-inspired story is straight out of a comic book, full of choreographed fight scenes, cheesy one-liners, lasers, pyrotechnics, motorcycle stunts, and flying superheroes. The action is non-stop; most of the dialogue occurs during fights.

The fight scenes are impressively choreographed and timed with the prerecorded soundtrack. I was most dazzled by the stunt motocross trick riding, jumps, and flips. 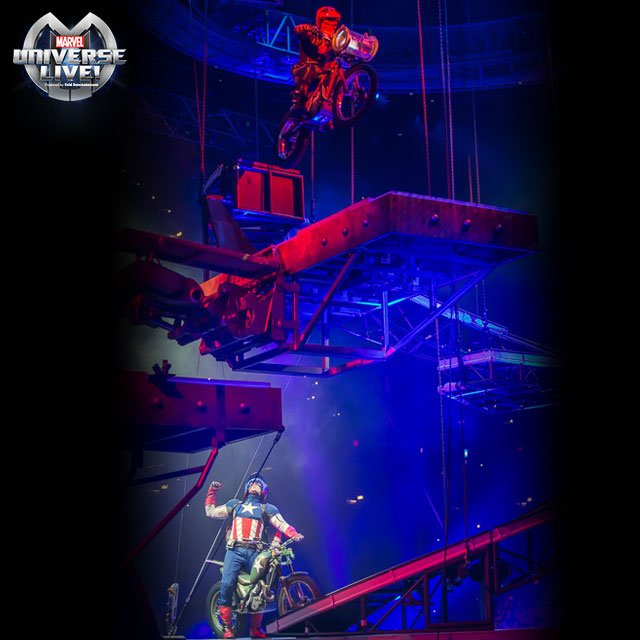 Marvel Universe LIVE! will be playing at the Pacific Coliseum at the PNE in Vancouver, BC, from Thursday, June 18 to Sunday, June 21, 2015.

Buy your tickets online at www.Ticketleader.ca, charge by phone at 604-252-3700, or visit the venue Box Office. *Tickets may be subject to service charges, facility and handling fees. 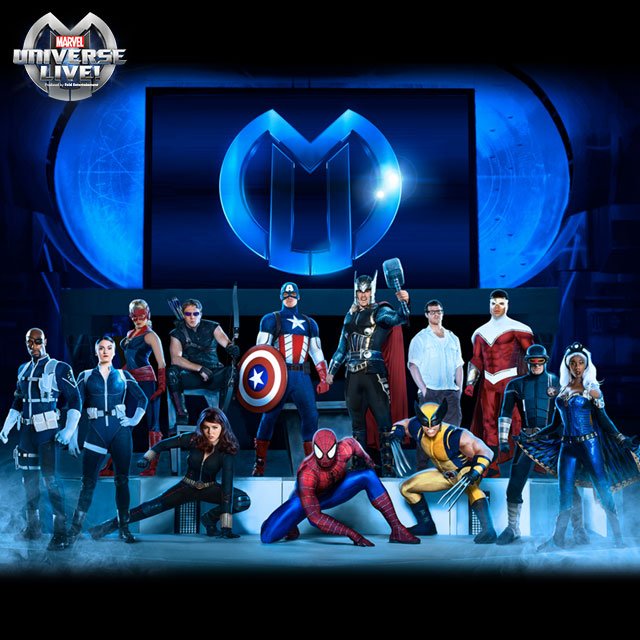