I love finding just the right movie to give as a gift. Something fun and age-appropriate, and preferably one that will be watched more than once. When it comes to movies for kids, I feel like the right movie is not just a present for the child, it’s also a gift of time for the parents who get a little break too.

Shout! Factory has a huge selection of kids’ and family-friendly movies from the last 60 years. I especially enjoy their retro section of TV shows from my childhood because it gives me a chance to share some of my favourite shows with my own kids! For your holiday gift-giving, here are some ideas from the Shout! Factory Kids catalogue to help get you started. 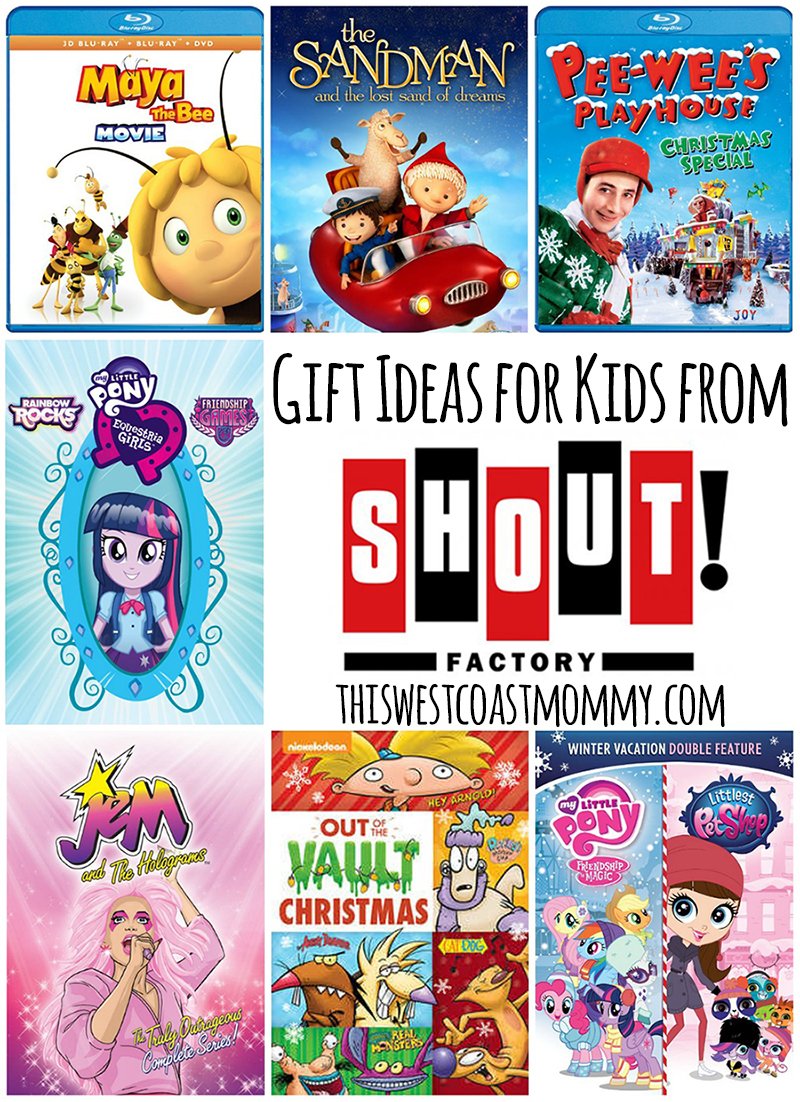 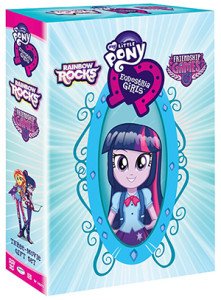 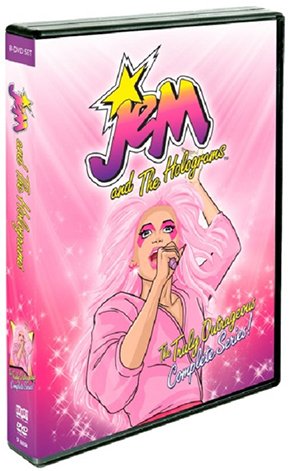 Before Lady Gaga and Rihanna, America had a truly outrageous animated pop star in Jem from the memorable 80’s pop culture series JEM and The Holograms. Best known for her iconic pink hair, star shaped earrings, musical numbers and 80s fashion, Jem knew how to rock her glamour, glitter, fashion and fame. Now you can watch it all on 8 DVDs with JEM and the Holograms: The Complete Series.

The highly popular series JEM and The Holograms boasts elaborate subplots, complex villains, and a staggering amount of original music, with 2-3 new songs written for each episode. The series follows Jerrica Benton, whose discovery of Synergy, a powerful computer companion, allows her to transform from co-owner of Starlight Music into rock star Jem.  Teaming with her sister and best friends who form The Holograms, Jem sets out to make their musical dreams come true, even as she battles against the ruthless Eric Raymond and his musical protégés, The Misfits. 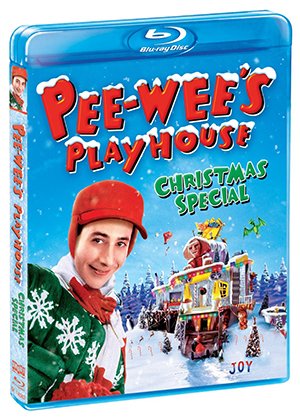 See Pee-wee’s Playhouse: Christmas Special as you’ve never seen it before – beautifully restored, remastered and in high definition, and complete with audio commentary and bonus featurette.

Join the whole Playhouse gang for one of the wackiest specials ever! With laughs for the whole family, this unique, triple Emmy®-nominated special offers all the imagination and charm of Saturday morning’s most outrageous TV series, which became a cultural milestone when it aired from 1986-1991. Pee-wee gets into the spirit of the season with lots of singing, dancing and other holiday fun with his Playhouse pals and more than a dozen celebrity guest stars as you’ve never seen them before.

Everything is going great for Pee-wee…until his Christmas wish list becomes so long that there won’t be enough presents for all the other kids in the world! When Santa Clause pleads for help, Pee-wee reluctantly learns a lesson about the true meaning of Christmas.

Out of the Vault Christmas Collection ($9.99 DVD) 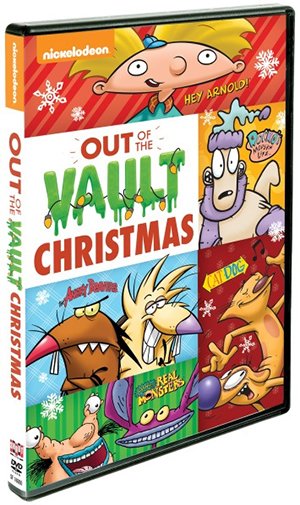 They’re the wildest, craziest, and most animated characters from your childhood — and the perfect bunch to find popping up in your cup of cocoa this holiday. They’re the festive friends from Nickelodeon’s Out of the Vault Christmas, on DVD from Shout! Factory. This 10-episode collection contains such favorites as CatDog’s “A Very CatDog Christmas,” Hey, Arnold’s “Arnold’s Thanksgiving,” and The Angry Beavers’ “Gift Hoarse.”

Join your pals from Nickelodeon with this sleigh full of hilarious episodes and you’ll be laughing all the way through the holiday season!

Guaranteed by Nickelodeon fans to be a way better gift than those plaid socks you’ve been pondering, this collection is the most hi-merrious present of them all. It’s time to get out of the snow and into the Vault! 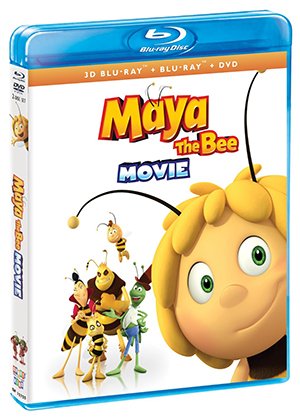 , based on the well-known children’s novel and popular animated series in Europe, Australia and Asia, offers an immersive cinematic adventure into a spectacular macroscopic world. This highly anticipated animated feature brings to life an enchanting story of a little bee named Maya and her exciting adventure of self-discovery and fantastical fun.  A must-have for fans of all ages, Maya the Bee Movie an instant classic that delivers wholesome family entertainment— emphasizing the importance of friendship, freedom and courage. This internationally acclaimed film can also be seen in select theaters in Los Angeles and New York on May 1, 2015.

One of the best-known and beloved children’s brands of all-time, the stories of Maya The Bee have been passed down among generations of families for years. Originally a German children’s novel by Waldemar Bonsels, The Adventures of Maya the Bee was published over a hundred years ago in 1912. Since the original publishing, the book has been translated into many other languages and enjoyed by children all over the world. In addition to the book, Maya the Bee is also a comic book series, appeared in various iterations as animated series and now a major animated feature film. 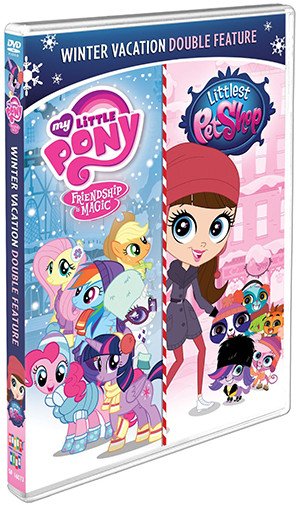 Join your favorite ponies and pets and all of their friends for an amazing collection of six wintery fun adventures! On October 6, 2015, Shout! Factory Kids, in collaboration with Hasbro Studios, presents My Little Pony & Littlest Pet Shop: Winter Vacation.

Winter vacation is a magical event, especially if you live in Equestria or are friends with a girl who can talk to animals! The perfect stocking stuffer, Winter Vacation pairs three episodes each of two beloved series—My Little Pony: Friendship Is Magic and Littlest Pet Shop. 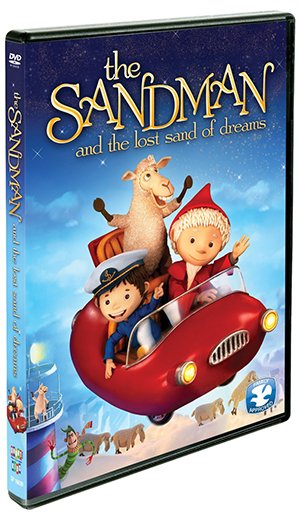 A stop-motion animated film sure to delight children and families alike, The Sandman and the Lost Sand of Dreams is a beautiful and unique visual treat in the tradition of James and the Giant Peach. Available on DVD on October 6th, 2015 from Shout! Factory Kids, this enchanting story about a six year old boy named Milo who helps the Sandman save Dreamland is wholesome family entertainment that emphasizes the importance of friendship and courage.

Every night, the sleeping children of the world are sent to a fantastic land of dreams thanks to the kind and magical Sandman. But the Sandman’s got some big trouble when Habumar, the master of nightmares, steals the Sandman’s powerful Sand of Dreams and takes control of Dreamland! Needing a brave hero to help them retrieve the sands, the Sandman and his faithful sidekick, Nepomuk the Sheep, recruit a six-year-old boy named Miko. Together, they set off on an incredible journey to save the power of dreaming for every girl and boy. Will Miko and his newfound friends stop Habumar?

Two of my readers will win a box set of all three Equestria Girls movies. Enter in the giveaway widget below. This giveaway is open to residents of the US and Canada, 18+. All entries will be verified. Prize delivery is not guaranteed by Christmas, so please plan accordingly.

Disclosure: I received sample items for review. All opinions expressed are completely honest and my own, based on my personal experience. Your experience may differ. This post contains affiliate links. This West Coast Mommy is a participant in the Amazon Services LLC Associates Program, an affiliate advertising program designed to provide a means for sites to earn advertising fees by advertising and linking to Amazon.com. I will receive a small commission if you purchase through my link, at no additional cost to you. This income helps pay for the operating costs of my website – thank you for your support!