When I first met my husband-to-be, he thought he’d impress me by quoting random Monty Python skits. As in the Dead Parrot sketch, word for word. “He’s not dead, he’s resting!” Maybe not the best first date material, but he lucked out because I was a Monty Python fan too. We own all the Monty Python movies, so you can be sure we’ve been looking forward to seeing Monty Python’s Spamalot for a long time.

Written by Monty Python alum Eric Idle with music by John Du Prez and Eric Idle, Spamalot is loosely based on the 1975 motion picture Monty Python and the Holy Grail. This silly and satirical send up presented by the Arts Club Theatre Company had us laughing out loud. I’d say about half the show is pulled from classic Monty Python, but there is a great deal of new material here too. Never fear, it meshes seamlessly with the old material and keeps that incomparable Monty Python flavour throughout the play.

Spamalot is playing at the Stanley Industrial Alliance Theatre. I liked that this venue is on the smaller side. Even up in the balcony we had a great view. Marshall McMahen’s set and props do a good job of capturing the feel of Terry Gilliam’s animation used throughout all of Monty Python’s body of work and visually ties the whole thing together. 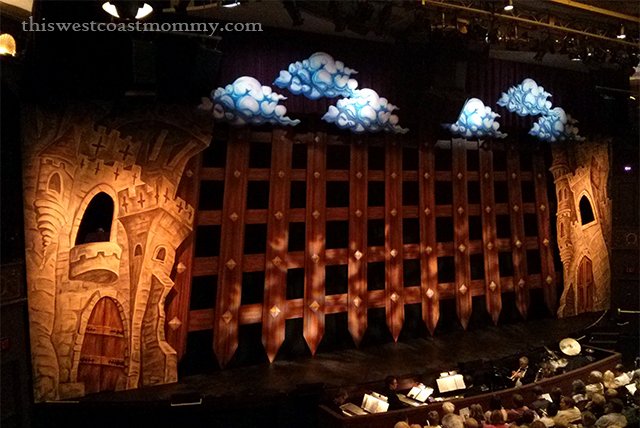 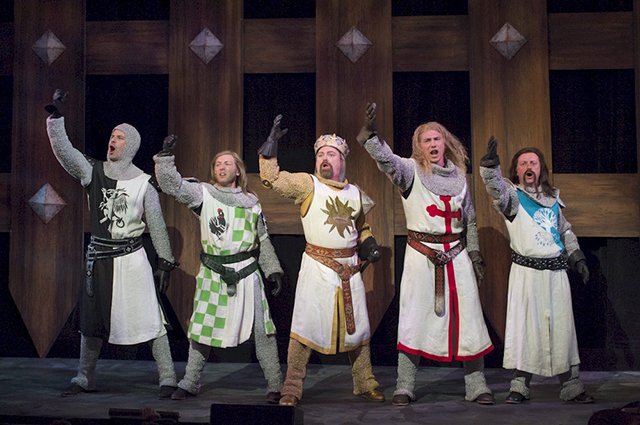 When the knights reach Camelot they’re welcomed Vegas style, complete with a grand song and dance routine and showgirls. 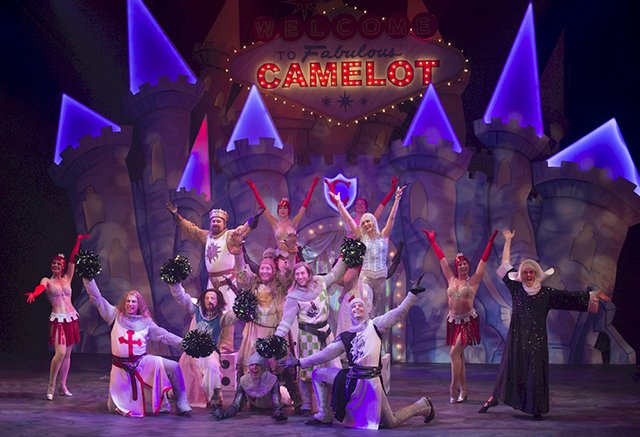 After an order from God’s feet, the Knights set off on their quest for the Holy Grail. Favourite scenes along the way included the French taunter (hilariously played by Josh Epstein who doubles as Sir Robin). Crude humour, fart jokes, and much merriment ensue. I’m a little embarrassed to tell you I was able to recite almost every word in this scene under my breath. 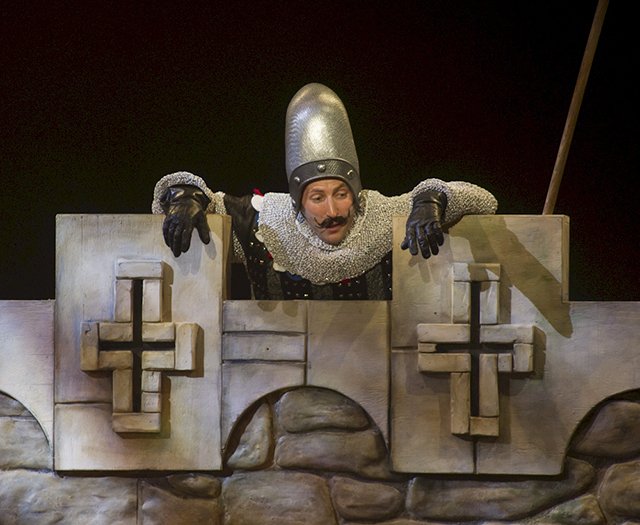 And hubs liked the Knights who say “Ni!” demanding tribute in the form of a shrubbery. Great costume work here! 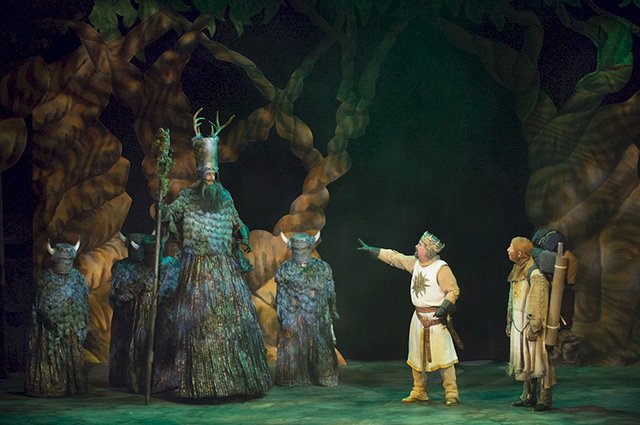 As someone blessed (cursed?) with perfect relative pitch, I thoroughly enjoyed the singing from all members of the cast. Standouts for me were Terra MacLeod as the Lady of the Lake and Scott Perrie as Prince Herbert. I’m also a loud and proud fan of musicals, and I loved the nods to Fiddler on the Roof, West Side Story, Les Misérables, and a couple of other musicals I’m sure I missed. The tongue-in-cheek “The Song that Goes Like This” pokes fun at the seemingly requisite power ballad in just about every Broadway musical, and I’m pretty sure the Lady of the Lake was channeling Celine Dion, Cher, and Liza Minelli at various points in the show.

Even though “Always Look on the Bright Side of Life” is lifted from another Monty Python film (Life of Brian), as their best-known musical number it absolutely deserves its place in Spamalot. Of the original numbers, I found myself humming “Not Dead Yet” and “Find Your Grail” the next day – the best test of an earworm. My only quibble is that some of the English accents seemed a bit uneven to this Canadian ear. Not enough to distract me from the play, but enough that I noticed.

Unlike the movie, there is an actual ending to this play. The Grail is recovered, and we are treated to two weddings. I wholeheartedly recommend you go see Spamalot. Fans of Monty Python will appreciate it more (and will likely mouth the words along with the actors during the classic scenes), but even non-aficianados will have a good time. Given that this is Monty Python, it goes without saying there are a few instances of crude language and a couple of suggestive scenes. Nothing to get worked up over, but probably not appropriate for children. This is not your typical musical, so bring your significant other, bring your friends, bring your dad, or bring your lumberjack. Doesn’t matter which, just get over here before the show closes June 29. 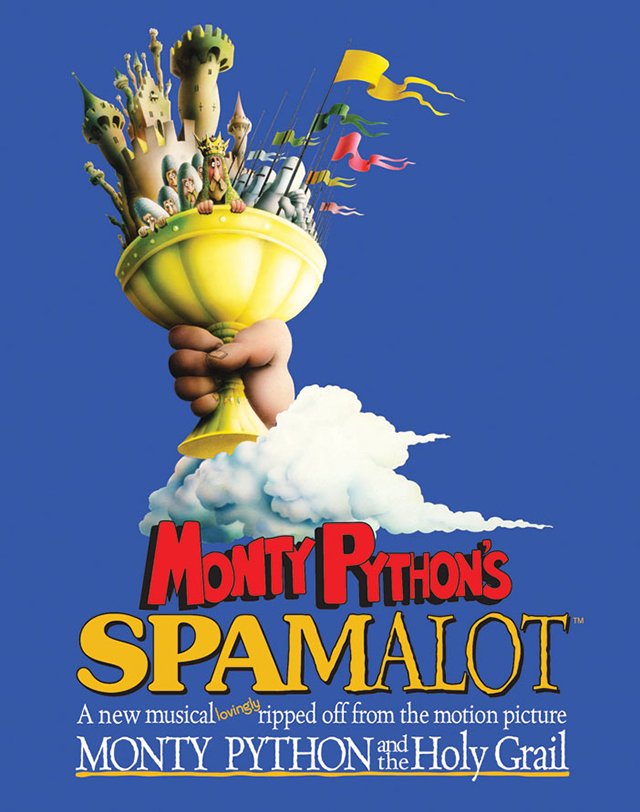