I’m always on the lookout for new books that will appeal to my 8 and 10-year-old kids. Especially with home learning this year, having a selection of engaging books the kids can pick up whenever they feel like reading is essential. 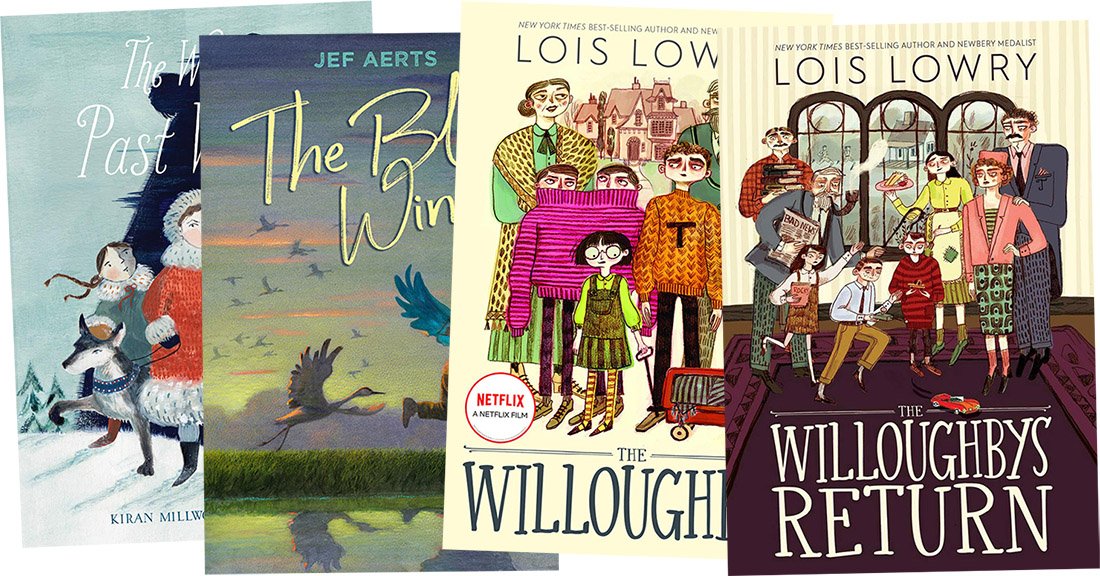 Our friends at Raincoast Books sent us some of their newest middle grade reads to share with you. Whether a retro homage to 19th century children’s literature, a Slavic folk tale, or a modern story about two brothers, one neurodivergent and one neurotypical, these books examine and celebrate the strong and enduring bond between siblings.

The Willoughbys
by Lois Lowry 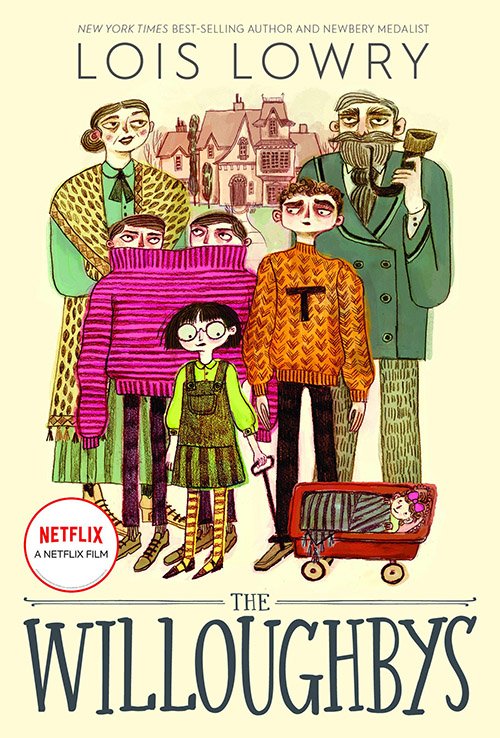 The Willoughby children are Timothy, Jane, and twins Barnaby A and Barnaby B. Their parents are ill-tempered, neglectful, and casually cruel, so the children come up with a plan to send their parents on terribly dangerous vacations and thereby turn themselves into worthy orphans who might find a new family.

The Willoughbys are left in the care of an “odious” nanny who ends up being a surprisingly warm and effective caregiver after all. Everything leads to a satisfyingly happy ending for all the children involved and a satisfyingly grim ending for their terrible parents.

Written in the style of a 19th century children’s book, this slyly self-aware homage is filled with conventions like the deserving orphans, the genteel nanny fallen on hard times a la Jane Eyre, and the grief-stricken benefactor as in The Secret Garden. Chapters reflect this classic feel with headings like “The Old-Fashioned Family and the Beastly Baby”, “The Melancholy Tycoon”, and “Another Cryptic Communication”. Fortunately there’s a slightly tongue-in-cheek glossary at the end of the book defining some of the antique terms used in the story like “alabaster,” “fortuitous,” and “confectionary”.

The book ends with a bibliography of some of the classic children’s novels that serve as inspiration to this clever and witty parody, as referenced by the children themselves: The Adventures of Huckleberry Finn, Anne of Green Gables, Little Women, Mary Poppins, Pollyanna, The Secret Garden, and more. Includes an excerpt from the sequel, The Willoughbys Return. (Ages 8-11)

The Willoughbys Return
by Lois Lowry 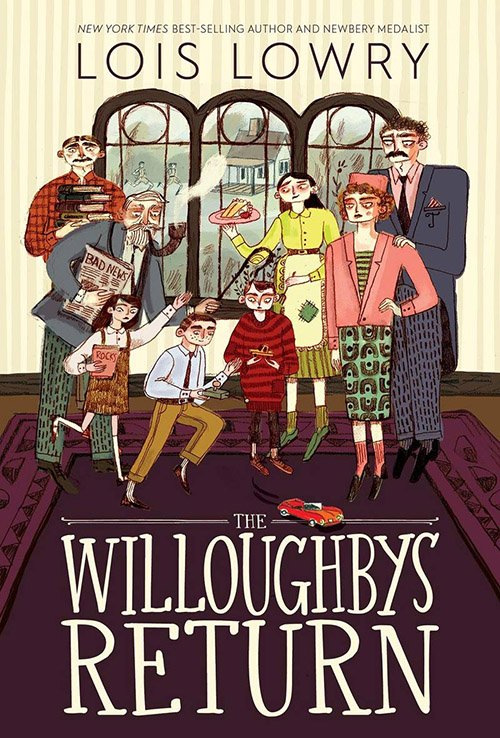 Thirty years after the events of the first book, the Willoughby children are all grown up and moved away, with the exception of Tim who has taken over the Melanoff candy company. In an amusing play on words, Tim’s only son, Richie, is rich yet lonely, and he jumps at the chance to make friends with the poverty-stricken children next door, Winifred and Winston Poore. But with a new law outlawing all candy, Richie’s family is ruined. What will they do?

Unbeknownst to Tim, his formerly-frozen parents in the Swiss Alps have thawed out due to climate change. The world has changed a lot in thirty years, but the Willoughby parents set out to locate their children and regain their money. At the same time, Winnifred and Winston’s father is making his way home down the west coast of Canada from an unsuccessful venture to sell out-of-date encyclopedias.

By the end of this amusing story inspired by the conventions of classic 19th century children’s literature, all the loose threads are tied up and everyone gets a happy ending. (Ages 8-11)

The Way Past Winter
by Kiran Millwood Hargrave 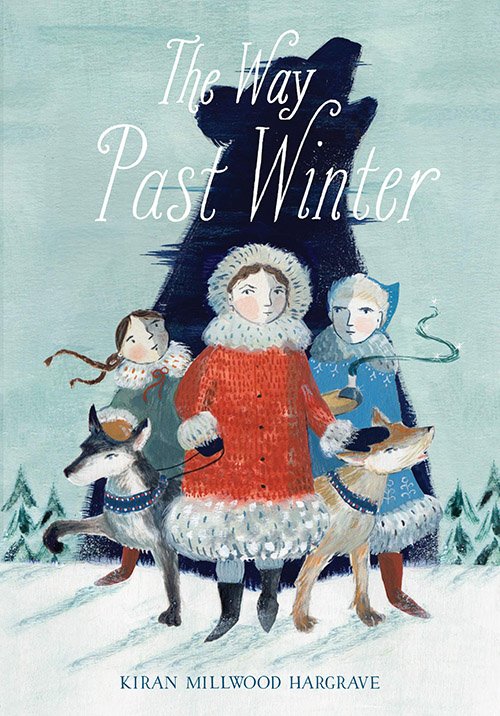 Middle child Mila, her sisters Sanna and Pipa, and their brother Oskar live alone in a small cabin in the forest, barely subsisting without their parents in a world gripped by never ending winter. When a mysterious fur-clad man shows up at their cabin, the children grant him and his companions shelter for the night. But in the morning, the men have left and Oskar is gone as well.

Mila and her sisters set out into the deadly winter to rescue him. The girls travel to the nearby village and learn that the men have been through here and taken all the boys in the village with them as well. Who is this mysterious man and where is he taking all the boys? With the help of the village boy-mage Rune, the sisters face magical animals and a vengeful spirit of the forest in their quest to end the unnatural winter and rescue their missing brother.

Inspired by Russian/Slavic folk tales, this beautifully-written adventure focuses on family bonds, the magic of rebirth, and highlights the impact that humans have on nature. Both bleak and hopeful at turns, there are several dark, scary scenes including when a boy is struck and killed by a sleigh, so this book is better suited to slightly older readers. (Ages 10-14)

The Blue Wings
by Jef Aerts 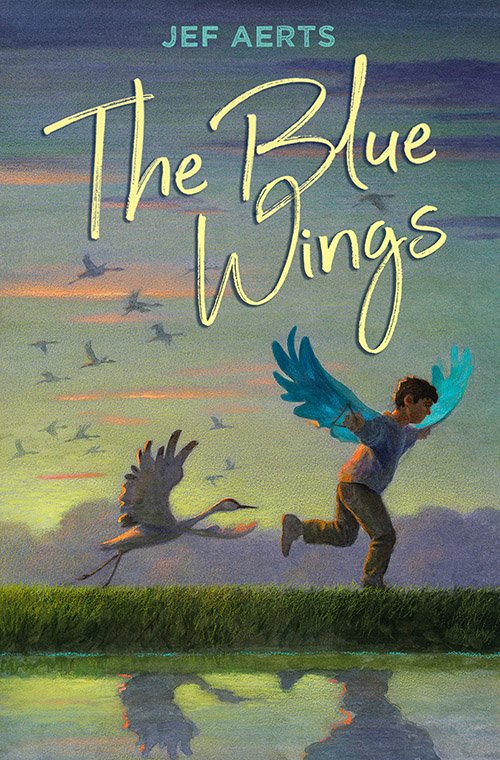 11-year-old Josh and 16-year-old Jadran are inseperable. Older brother Jadran has an unspecified neurological condition that leaves him with an excellent memory, childlike intellect, and prone to outbursts when frustrated. Josh is unfailingly patient and considers himself his brother’s “guardian angel.”

When the brothers find an injured crane, Jadran insists on taking it home to tend to it and teach it to fly. But after Jadran inadvertently hurts his brother, they learn that Jadran will be sent to live in an institution. The brothers decide to run away together with a plan to teach the crane how to fly south. The Blue Wings is a story about compassion, family bonds, and the unbreakable connection between brothers despite the complications that arise. (Ages 8-12)

We’re giving away Book 1 and Book 2 of The Willoughbys. Enter in the giveaway widget below. This giveaway is open to residents of Canada, 18+. All the winner’s entries will be verified. 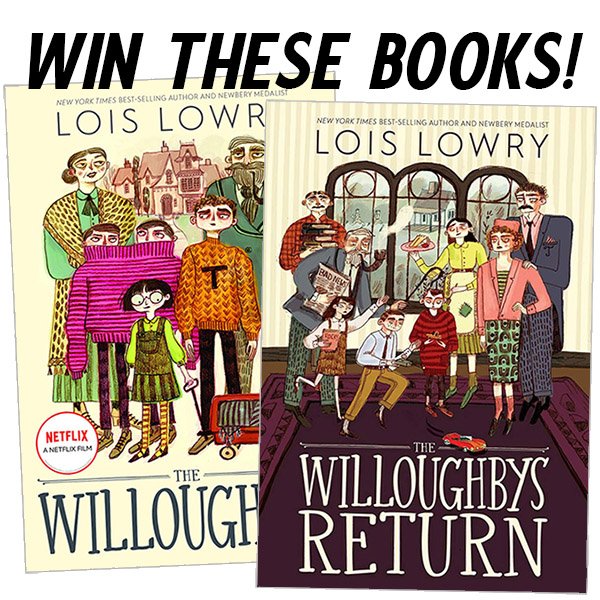