Lots of families are either learning at home or will be at some point this year, so we find ourselves having to be a bit more creative about school. Learning addition and multiplication math facts can be kinda dry, but having some fun and educational games on hand to help teach and reinforce math facts is a great way to make it more interesting!

Here are some of the math card games we’ll be using this year to help make learning those boring math facts more fun. I’ve also included instructions for more advanced variations of each game so you can customize these games for various ability levels. 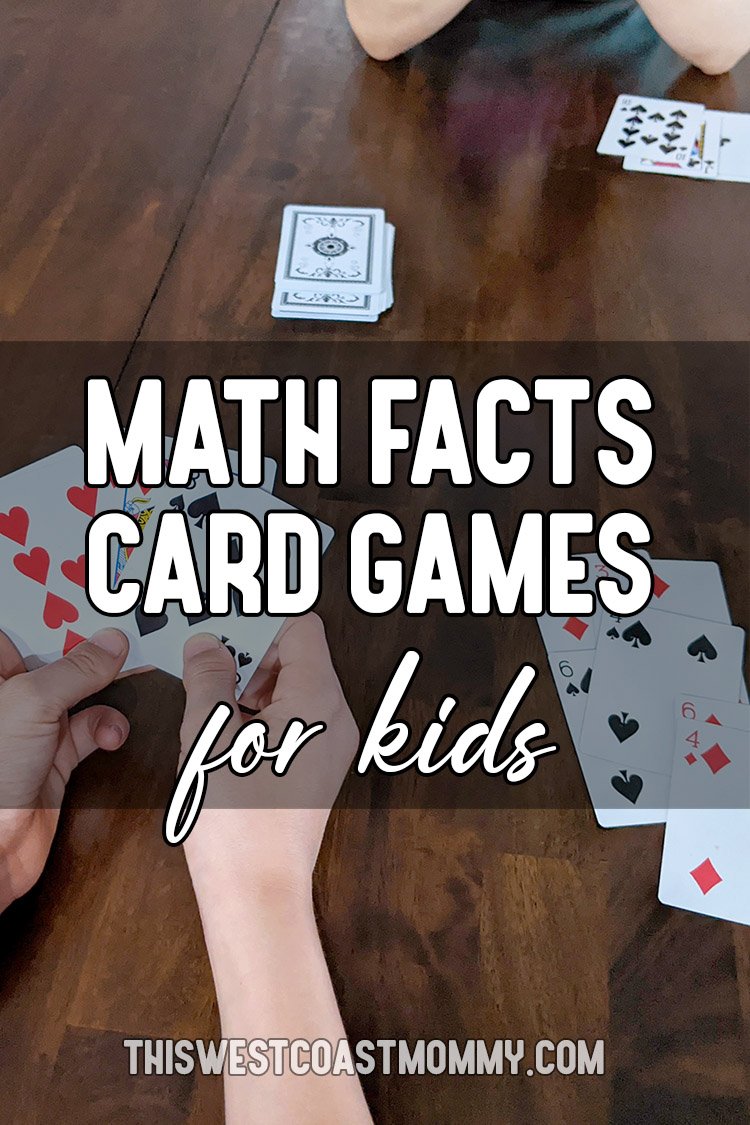 For up to four players — This game is a variation on the classic Go Fish card game. The difference is that instead of “fishing” for matching number pairs, players “fish” for pairs of cards that together add up to 10. 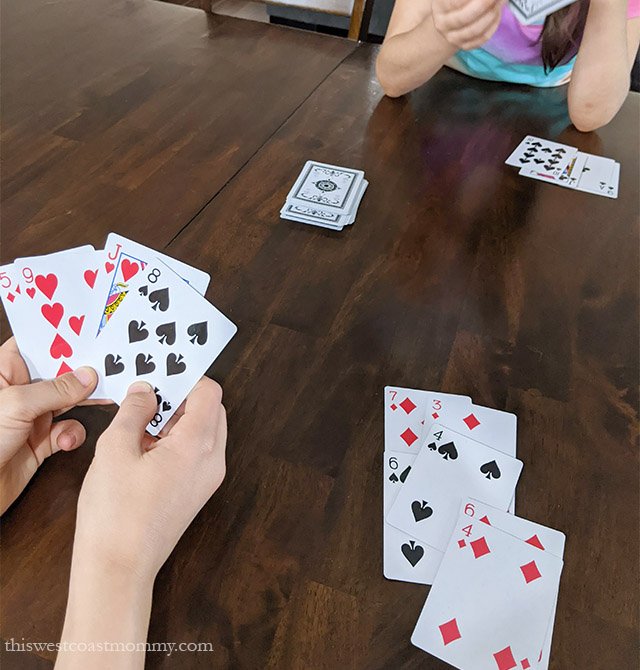 For two players — Another variation on a traditional card game, this version of War can be used to help reinforce either addition or multiplication facts. 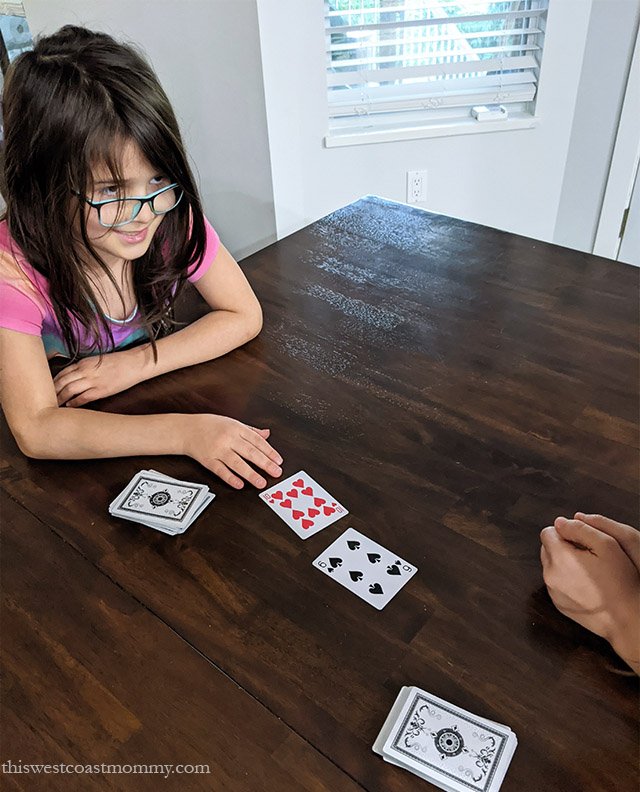 Variation 1: When children are not evenly matched, one player will end up losing over and over again which is frustrating and demoralizing. This game can be adapted in that case by having each player draw and lay down two cards at a time. Each player adds up their own two cards, and the player with the greater sum takes all four cards. Again, the winner is there player holding the most cards at the end of the game.

Variation 2: For older kids, this game can be made more challenging by leaving the queens (=11) and kings (=12) in the deck, and/or by multiplying the two numbers instead of adding (and then you can call this Multiplication War).

What Am I Holding?

For two players and a judge — Kids love playing this game because they get to stick cards on their foreheads! Instead of unsanitary saliva, this mom suggests wiping the back of the card with a damp cloth to help it stick.

Variation: For older kids, this game can be made more challenging by leaving the queens (=11) and kings (=12) in the deck, or by the judge multiplying the two numbers instead of adding. For example, if one child has a 7 on her forehead and the other child has a 4, the judge would announce, “The product of your cards is 28.” 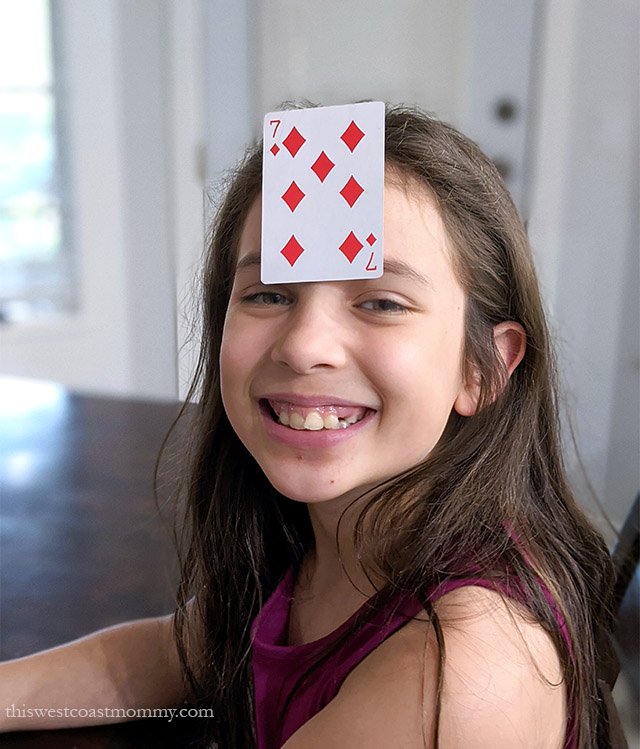