A few months ago, I left the kids at home and met up with a group of moms who had also left their kids at home to watch Mamma Mia! Here We Go Again at our local movie theatre.

I feel no guilt whatsoever in telling you I thoroughly enjoyed this fun and carefree movie, and even more so, being at a theatre kid-free for the first time in a very, very long time. Nobody complained that the seat was too hard or too soft or too “foldy”. Nobody asked me, “Who’s that, Mommy?” or “What’s going to happen, Mommy?” dozens of times throughout the movie. (Listen kid, we’re all watching the same movie. I don’t know what’s going to happen either.) No hunting for dropped jackets or greasy popcorn hands rubbing on my shoulder. No whisper-shouting, “Stop putting your feet on the seat in front of you!”am

As Young Donna sings, “I have a dream!” And it’s watching an entire movie without taking anyone to the bathroom just before all the good parts. I’m not even an ABBA fan, but it was still awfully hard to keep from humming along and tapping my toes.

Now that Mamma Mia! Here We Go Again is out on Blu-ray this week, we can all watch and sing along together again. Even with the kids. 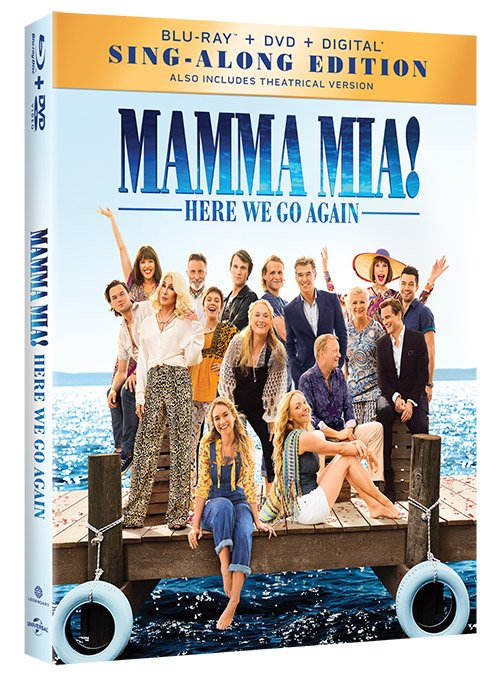 Mamma Mia! Here We Go Again is available digitally; or bring the sing-along home on Blu-ray, 4K Ultra HD, or DVD on October 23.

Pick up your copy of Mamma Mia! Here We Go Again on Amazon!

Both a prequel and a sequel, the film tells two stories: present day as Sophie Sheridan (Amanda Seyfried) prepares for the grand reopening of her mother Donna’s (Meryl Streep) hotel, and 1979 when young Donna (Lily James) first arrives on the island. Sophie learns about her mother’s exciting, fun-filled adventures with the young Dynamos, Tanya (Jessica Keenan-Wynn) and Rosie (Alexa Davies), and how young Donna first met her three possible dads Harry (Hugh Skinner), Bill (Josh Dylan) and Sam (Jeremy Irvine) all those years ago. Deemed as “a relentlessly sunny musical romp” by Leah Greenblatt, Entertainment Weekly, Mamma Mia! Here We Go Again is filled with summer fun, joy and romance that allows audiences to tap into their inner dancing queens in their own living rooms! 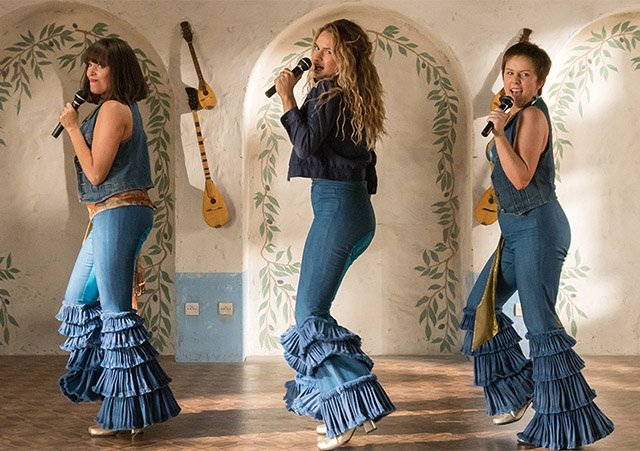 Get ready to sing and dance all over again with the entire cast and go behind the scenes with Mamma Mia! Here We Go Again on Digital, 4K Ultra HD, Blu-ray TM and DVD – with over an hour of bonus features including one-of-a-kind lyric videos and a never-before-seen performance of “I Wonder”. 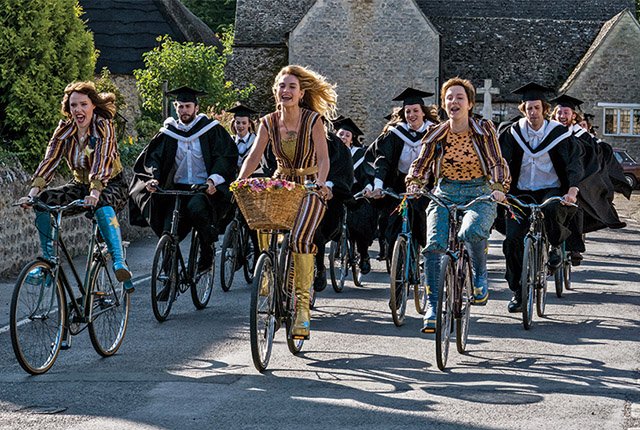 I’ve got a copy of Mamma Mia! Here We Go Again to give away to one lucky reader. Enter in the giveaway widget below. This giveaway is open to residents of Canada and the U.S., 18+. All the winner’s entries will be verified.