Certain shared experiences define a generation. Experiences like watching the first Star Wars movie in the movie theatre, playing video games in the arcade after school, collecting Pokemon cards, etc. I’m sure you can think of a few that capture your childhood.

For me and my nerdy friends back in the late 80s, playing The Legend of Zelda on the NES was one of those experiences. For the past three decades, I’ve spent a LOT of time playing the 18 games in this series. Over those years, I’ve watched the series grow from a straightforward fantasy action/adventure game into a true epic, each game adding new layers to the shared mythology. And now it’s something I share with my own daughters. 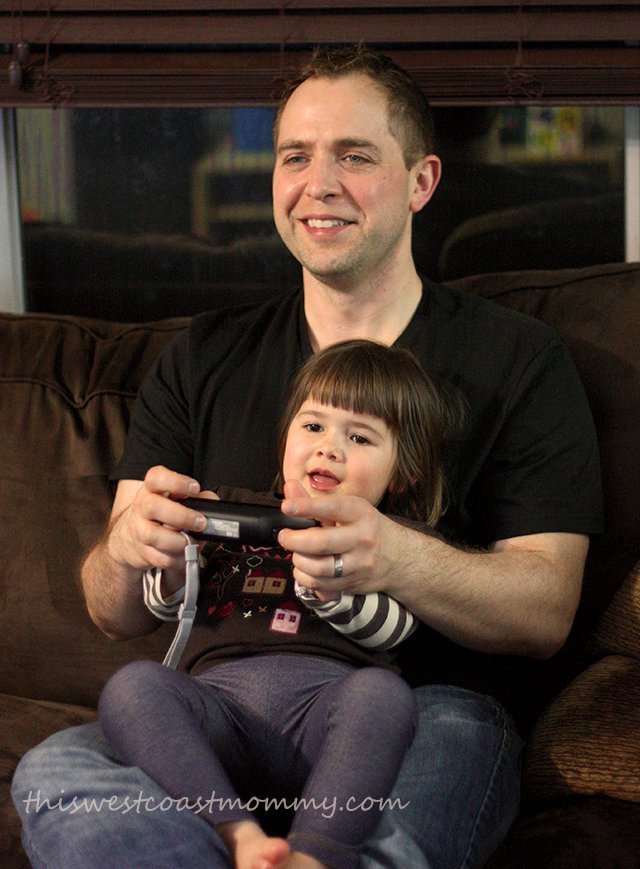 Throwback to one of our earliest gaming sessions.

Music plays a significant role throughout the Zelda series. From the very beginning, one of the most memorable aspects of the Zelda games has been the music. Composer Koji Kondo has a knack for writing memorable tunes; he not only wrote the music for the Zelda games but also for Super Mario Bros. and other titles in the Mario series. What fan of video games doesn’t know the main Zelda overworld theme note for note? And who doesn’t feel a smile coming on when hearing the “You found a secret!” chime?

Play the mp3 below to experience the thrill again!

I first heard about The Legend of Zelda: Symphony of the Goddesses a few years ago, and from that moment I knew that I would be in the audience if it ever came to Vancouver. A few weeks ago, at the end of an incredible 6-year run, that dream finally came true. 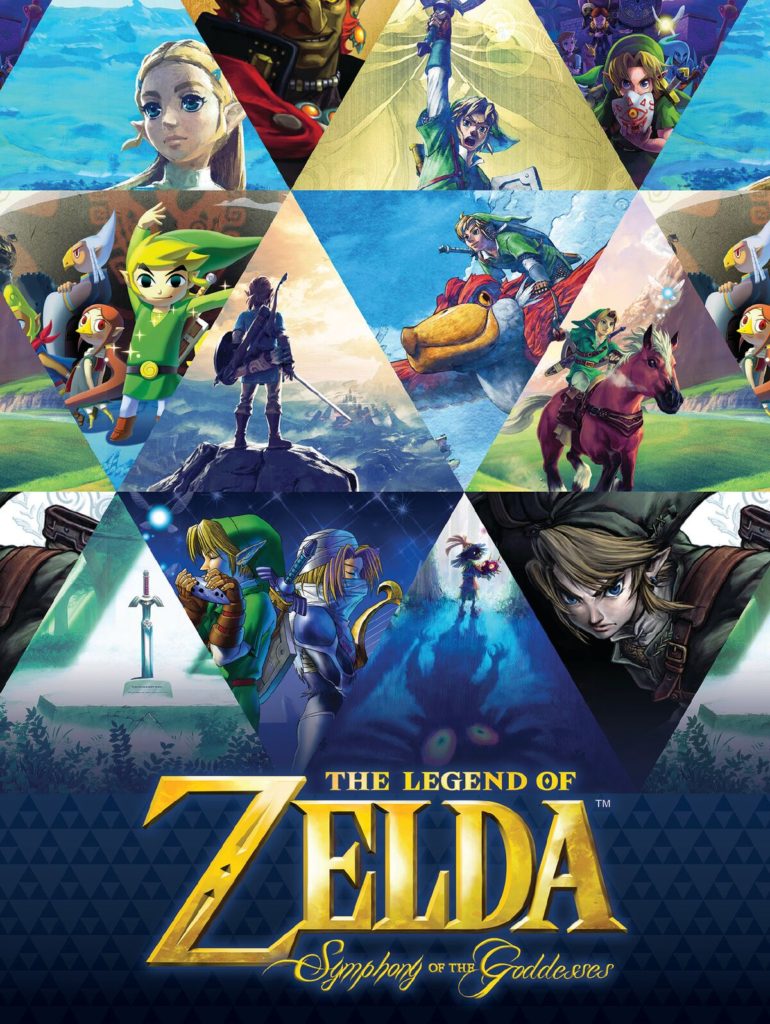 During the performance, a large projection screen showed footage from the Zelda games. The gameplay and music are woven together in such a way that they sync up perfectly for dramatic moments, such as the reveal of a boss monster, an important cinematic scene, or the iconic reveal of a new area.

Symphony of the Goddesses features medleys from most of the major releases in the series: Ocarina of Time, Majora’s Mask (always a fan favourite), The Wind Waker, Twilight Princess, Skyward Sword, and the newest game, Breath of the Wild, and concludes with an electrifying medley from the Super NES classic A Link to the Past. Every time the music turned to a particular Zelda game, I had the immediate urge to go find my own game and play it again!

The performance traces the history and evolution of the Zelda series over the past 30 years, not just in terms of the graphics and the scope of the world, but also in its musical score. Melodies like the overworld theme from the original game are used throughout the entire series, but over time we’ve also witnessed a number of other well-loved musical themes evolve in complexity like “Zelda’s Lullaby” (first appearing in A Link to the Past and associated with Princess Zelda and the royal family of Hyrule) which shows up in various forms in other Zelda games. We heard “Zelda’s Lullaby”, “The Song of Time”, “Fairy Fountain”, “Ganon’s Theme”, and other classics from multiple Zelda games in several of the medleys performed in Symphony of the Goddesses. 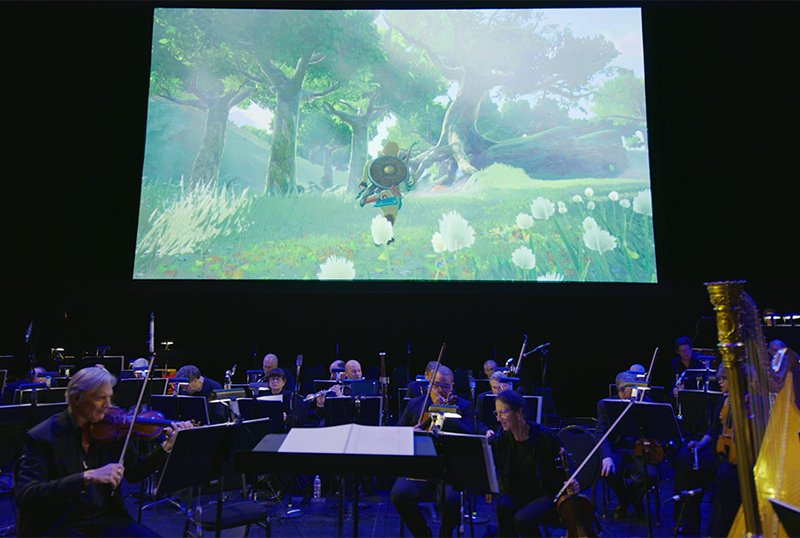 Sitting in the audience with thousands of other Zelda fans was an indescribable feeling. With our shared game experience and love for Zelda, we reacted in unplanned unison to the same moments in the music and on-screen. Clapping for anything to do with Link to the Past, groans during a boss battle, and full-throated cheers for that thrilling secret chime.

With 18 games in the franchise and only two and a half hours from start to finish, it simply isn’t possible to cover every fan favourite. Notably absent from the performance were Zelda II: The Adventure of Link and most of the portable games, other than A Link Between Worlds (3DS) and a surprise encore performance of music from the first Gameboy Zelda game, Link’s Awakening. The crowd roared in appreciation at the first notes of this classic so I don’t think anyone left too disappointed. 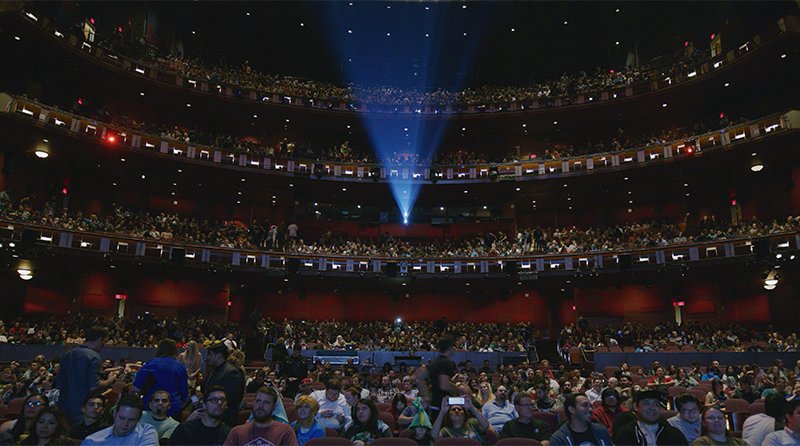 If you’ve ever attended other symphony performances, you may have seen them as kind of sedate and stuffy affairs. Not this one! The audience listened respectfully but provided lots of satisfying feedback in cheers, appreciative sighs, and raucous applause at the end of each piece. It was easy to see that the orchestra, Players & Singers chorus, and hometown Vancouver conductor Kevin Zakresky thoroughly enjoyed themselves. When Zakresky switched his standard conductor’s baton for a WindWaker baton, the audience cheered him on even louder! 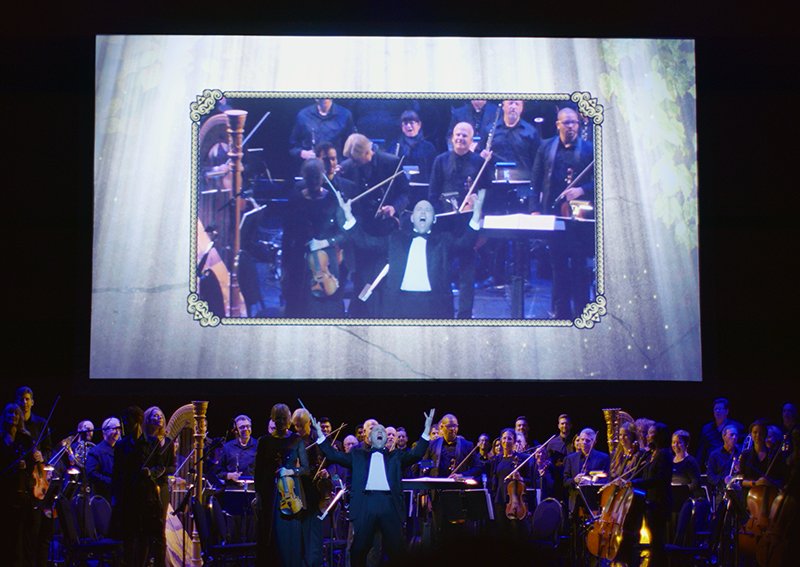 Jason Michael Paul is the fan and the producer behind the phenomenon. Olivia and I had the chance to meet him briefly after the show in Vancouver, and it was clear we were kindred video game fans. Of course we had some questions for him.

What’s up next for you?

Jason: Two things are coming up. Heroes: A Video Game Symphony featuring some of the most iconic video games ever such as FINAL FANTASY, Chrono Cross/Trigger, Castlevania, Portal, Dear Esther, BioShock, Halo, Skyrim, Oblivion, Morrowind, The Last of Us, and many more! I’m also working on another first – an upcoming National Geographic symphony.

If you could collaborate with any franchise, what would be your dream project?

Jason: I’ve already done it with video games! I started with FINAL FANTASY in 2004. In 2010, I was blessed with The Legend of Zelda. It is my hope to work on a concert that features are a singular property like Super Mario Brothers Symphony, a Nintendo All Stars Concert or The Elder Scrolls in Concert. The great thing about my Heroes concert is it features some of the most iconic video games ever!

Like me and my girls, Jason and his 11-year-old daughter also bond over the love of gaming. Tee and I first played Mario Kart 8 together when she was four years old, and we’re currently playing The Legend of Zelda: Breath of the Wild together. I was curious about which games Jason and his daughter played.

What was the first game you and your daughter ever played together?

Jason: The first game we played together was Super Smash Bros. on the Wii. She was seven years old when she played her first Zelda game: Tri Force Heroes for the 3DS. We play Majora’s Mask, and we’re currently playing Breath of the Wild.

Disclosure: I received complimentary media tickets to facilitate this post. All opinions expressed are completely honest and my own, based on my own personal experience. Your experience may differ.

Chris is This West Coast Mommy’s other half. Proud geek dad and software engineer, he’s been collecting and playing with Star Wars figures for the last 38 years. He wants to reassure his wife he won’t be stopping anytime soon.