My husband and I waited a long time to have a baby. We waited through finishing my degree, buying a house, and establishing our careers. All so we would be financially stable before starting a family. Once we felt ready, it turned out to be a little harder than we expected to get pregnant. But this story isn’t about that.

Once I was finally pregnant, everything went along pretty normally. I didn’t even really have much morning sickness. I had decided from the beginning I wanted to have a natural, medication-free birth, and that’s what I did. I was in labour for about 6 hours and delivered my daughter vaginally with no complications. No epidural and no episiotomy. I walked away with a very minor first degree (superficial) tear that didn’t even need one stitch. 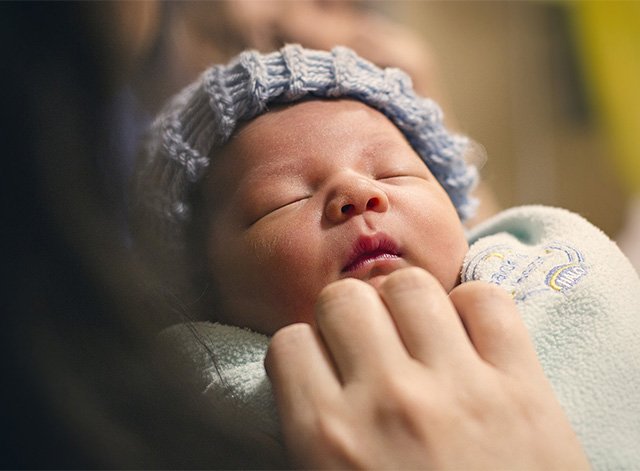 My midwife gave me the standard no sex for 6 weeks speech. Um, no problem! The first few weeks I felt like I was drowning in diapers, breast milk, and sleep deprivation. It’s not like I was counting down the days until we had the green light to have sex. I had zero sex drive, and even if he wasn’t happy about waiting, my husband seemed okay with it. He’d always been my biggest supporter and he understood that I was focused on keeping a newborn alive.

One month became two, two months became three, three became four, and all of a sudden I realized that we hadn’t been intimate in five months. My very patient husband began dropping hints and offering lots of back rubs. I don’t think I was nervous about having sex or anything. My baby’s delivery had been remarkably straightforward, and I’d healed just fine.

So on our wedding anniversary, I put the baby to bed early, slipped on something a little sexy, and lit some candles. Things seemed to be going well, right up until the moment of insertion.

It felt like I was being split in two. I had never experienced pain like this, not even the first time I ever had sex. It felt like knives stabbing me in the vagina. I pulled away and managed to gasp out, “Stop! Stop!” through gritted teeth. Tears leaked from my eyes. I thought for sure I must have torn something. I ran to the bathroom to check. I wasn’t bleeding, but what was wrong with me?

I’d read lots of horror stories about pooping in labour and episiotomies. I’d definitely heard about how hard breastfeeding was going to be, bleeding nipples and all. I knew I’d have stretch marks and a belly pooch. I expected late nights, colic, spit up, and diaper rashes. But I’d never heard that postpartum sex could hurt like this.

I saw some research a little while ago found that 85% of 1500 women surveyed experienced pain the first time they had sex postpartum. Interestingly, moms who’d had c-sections were more likely to have painful sex. If this is so common, why isn’t it talked about more? My midwife never warned me. None of the pregnancy books I read warned me. None of the mommy blogs I followed warned me. None of my friends who already had babies warned me. It was like everyone couldn’t wait to tell me about all the other terrible things that would happen to my body, but not this.

I know my husband felt frustrated – it had been almost 6 months, after all – but he never let on. We bought lube. A lot of lube. Sex still hurt. I can count on one hand the number of times we had sex in that first year, and it mostly consisted of agonizingly slow penetration while I tried not to move or breathe. Gradually, over about 6-8 months, things sort of “loosened” up and the pain started to fade. It was close to 15 months before I could enjoy sex again.

I stuck with it though, because I love my husband and I wanted our sex life back. We also wanted a second child at some point, and getting pregnant required a certain act, you know?

And then when I had my second baby, I was petrified that it would happen again. Sure enough, when we tried having sex about 4 months after he was born, it was agonizing. But the pain wasn’t quite as intense this time, and with lots of lube and lots of patience, it only took a few weeks this time around for our sex life to return to almost normal.

I wish I’d known back then that I wasn’t the only one who experienced this. I thought there was something wrong with me. I wish I’d been as prepared for the possibility that it would take over a year for sex to stop hurting, as I was for sore nipples and no sleep. If my story helps one new mom know that she’s not the only one, then writing this will have been worth it.