Today’s recipe is for homemade spiced apple cider. “But but but, it’s spring!” I hear you saying. This mama doesn’t care. I’ve decided I will no longer allow my tastes to be dictated by the calendar. Starbucks may insist that pumpkin spice only exists a few months of the year, but I hereby declare that apple treats and apple cider will no longer be for fall only. If I want apple cider, then apple cider I shall have! 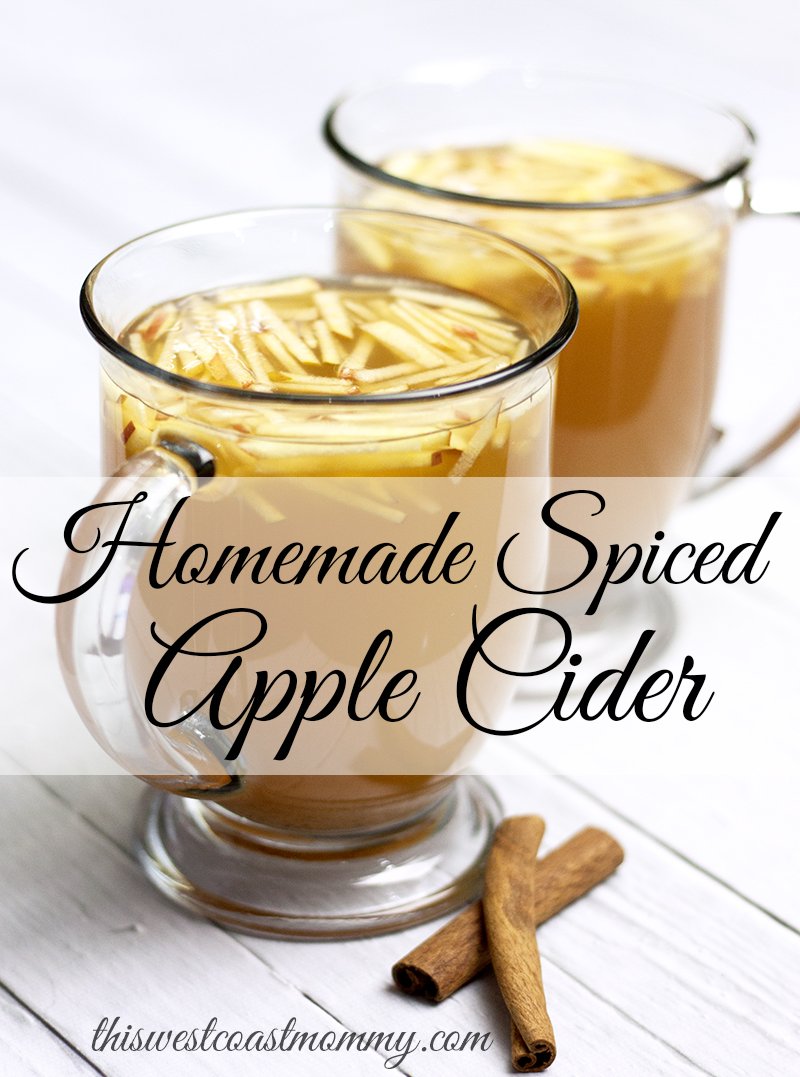 I make mine with traditional spices like cinnamon, cloves, and allspice, but I also like to add a bit of fresh ginger for a little extra kickiness. 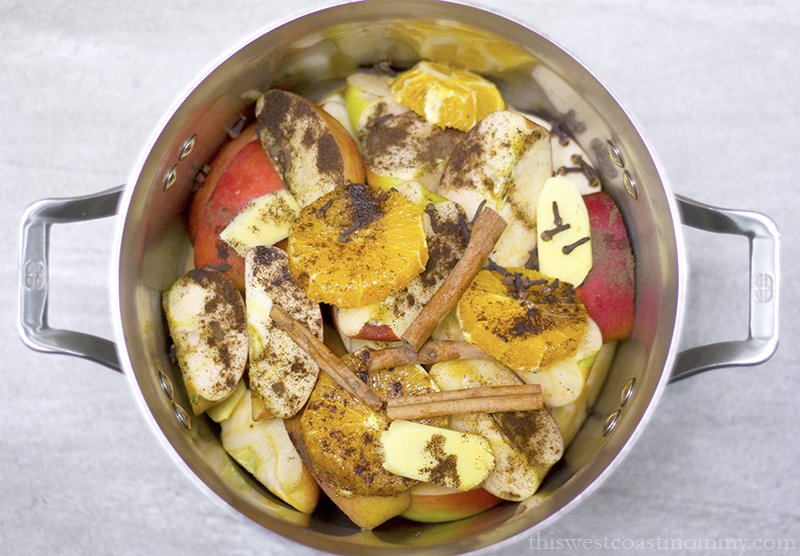 Once the ingredients are all in the pot, put up your feet while it simmers and fills your house with the delicious aroma of warm apples, cinnamon, and cloves. Seriously, why should fall get all the yummy smells? Mmmm.

When the fruit is good and soft, smush it up with a potato masher, then let it simmer some more. More time for relaxing! Ha ha, yeah I know. The final step is to strain out the solids with a fine mesh sieve or cheesecloth inside a strainer. The resulting liquid is yummy apple cider! 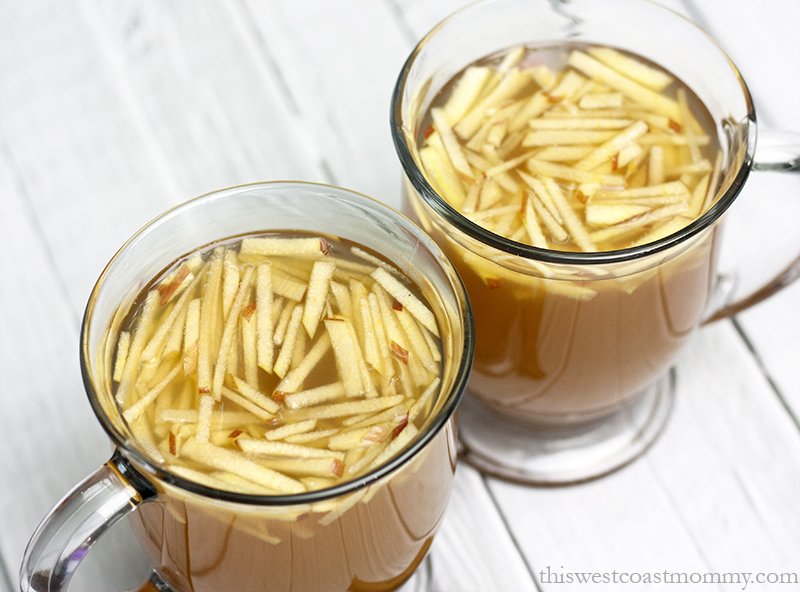 You can serve spiced apple cider either hot or cold. Personally, I like mine hot with matchstick-sized pieces of raw apple sprinkled on top for even more apple-y goodness! 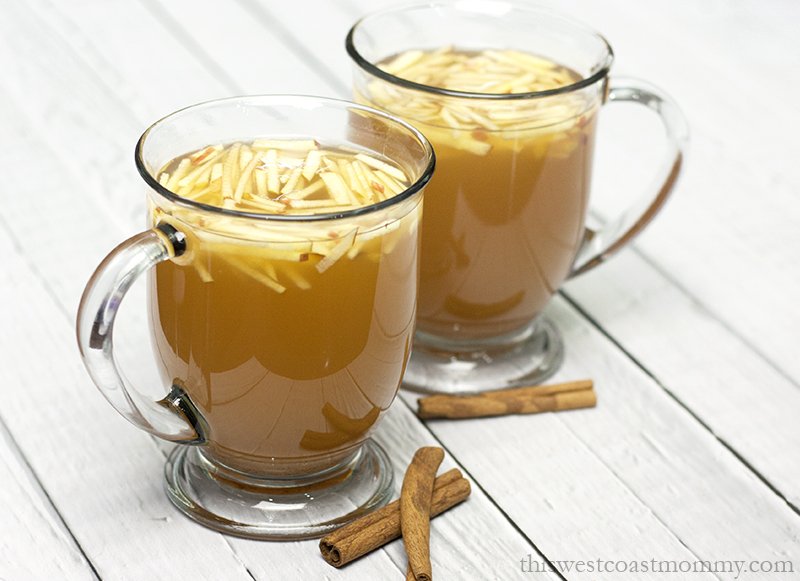 One last idea. When you strain your cider, don’t throw out the pulp! Save it to make apple butter instead. Just gently simmer the wet apple pulp with a dash more of ground cinnamon, a splash of apple cider vinegar and lemon juice, and maple syrup to taste.

It’s easy to pull out the cinnamon sticks and slices of ginger from the cooked pulp before pureeing into apple butter, but those cloves can be tricky. If you’re planning to go the apple butter route, you can either sub the whole cloves in this recipe with one teaspoon of ground cloves, or make a little cheesecloth pouch to hold them together and throw it in the pot with your other apple cider ingredients. 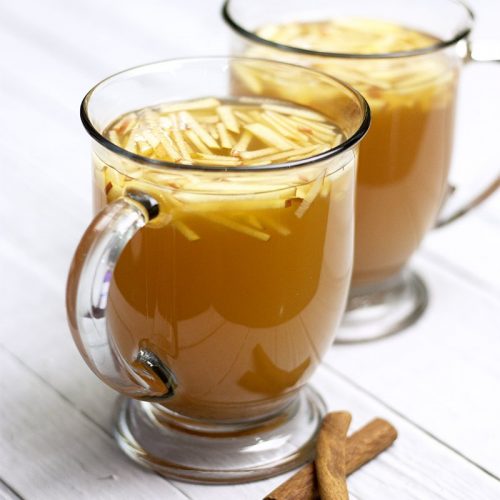