Now that October is here, can Halloween movies be far behind? I’m not a fan of horror movies or slasher flicks, but I do love a good family Halloween movie. Since we’ve already shared our round-up of the best animated Halloween movies for kids, today we’re counting down the top 13 live action movies from the 80s and 90s that the whole family can watch together, including scaredy-cats like me! 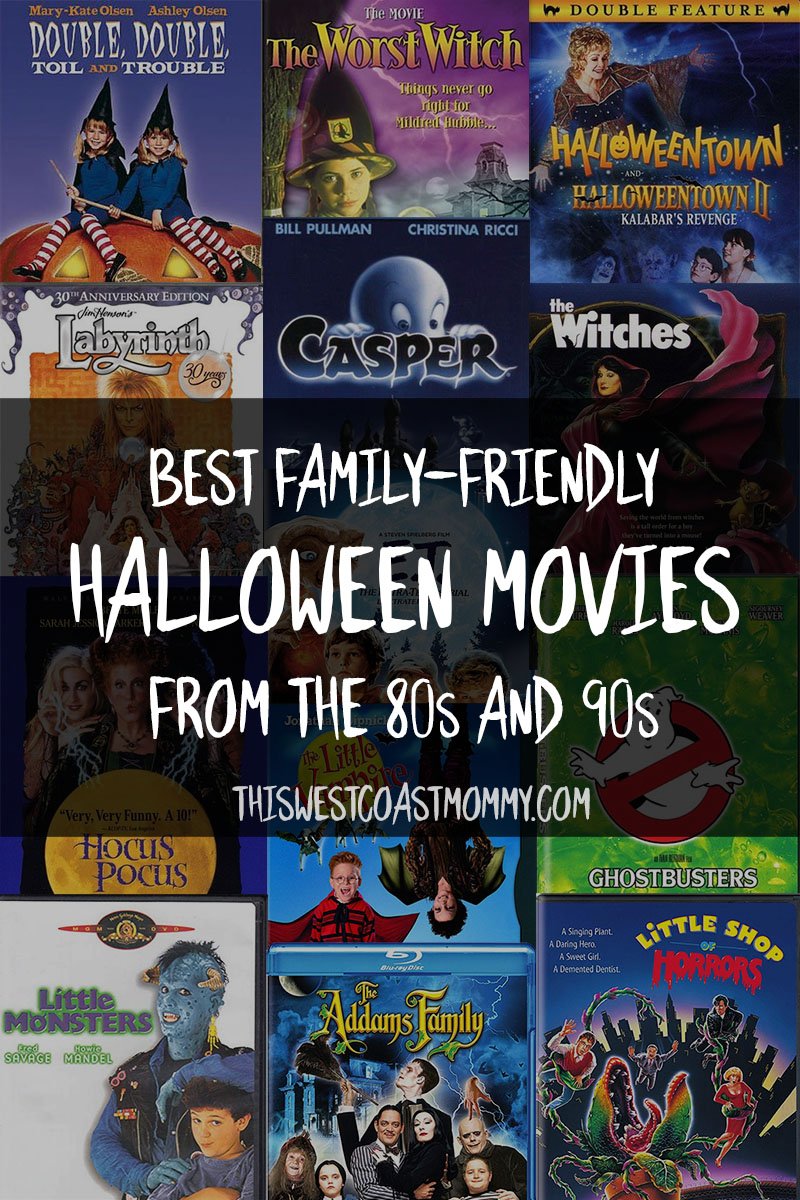 I have fond childhood memories of watching many of these classic family-friendly Halloween movies when I was a kid, and I can’t wait to share them with my own children. So if you’re looking for some spooky but not too scary movies to watch with the kids this month, start here.

I’ve included age recommendations for each movie, but use your own judgement because you know best what your kids can handle. My recommendations are based on my personal judgement, my own kids’ scare tolerance, and info from Common Sense Media (one of my go-to resources before letting my kids watch a movie I haven’t already seen). Enjoy! 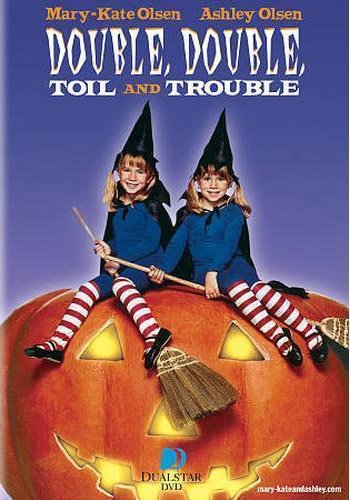 5 years and up — Make way for spells, witches, wizards, and adventure! It’s Halloween, the scariest, most fun even of fall. But for Lynn and Kelly Farmer, something scarier could happen. A slump in the family business means the Farmers will lose their home – unless the spirited twins find a way to save it! It’s trick and treat with remarkable real-life sisters Mary-Kate Olsen and Ashley Olsen portraying the Farmer sisters in this heartwarming spooktacular. The trick: Aunt Sophia, the Farmers’ lone hope for a loan, is trapped inside an eerie neverland by her evil witch of a twin, Aunt Agatha. The treat: watching the girls turn the tables on Agatha by snatching her magical moonstone power source! Enjoy more excitement than you can shake a wand at, as the Farmers team up with a carefree hobo and other allies to break the spell on Aunt Sophia. 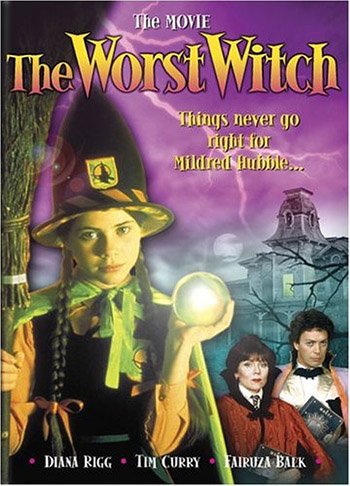 6 years and up — With this classic children’s book now a series on Netflix, now’s a great time to watch the original movie – if you can find it!

When pupils disappear into thin air or turn into pigs by mistake, everyone points a finger at Mildred (Fairuza Balk) – the worst witch in the school. No matter how hard she tries to master potions and flying, something always goes wrong!

The horrid Miss Hardbroom wants Mildred expelled, but this little witch with a big heart does not give up – until the day that all her hopes come crashing down. After running away from school, it will take all of her courage and powers to conquer her fears and find her way! Hold on to your brooms while you join Mildred in this magical adventure of good and evil! 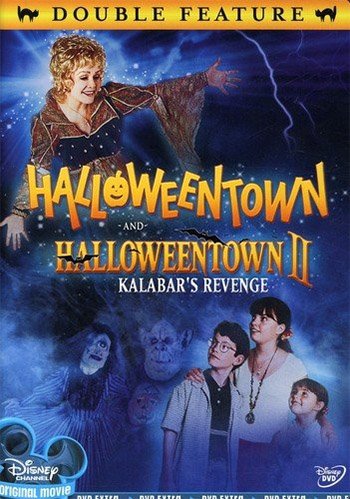 7 years and up — In a place called Halloweentown, good and evil look very different than one might expect. Thanks to a visit from Grandmother Aggie (Debbie Reynolds), Marnie (Kimberly J. Brown) and her family’s tradition of ignoring the Halloween holiday are about to change in the extreme. It seems that Marnie’s mother Gwen (Judith Hoag) has been hiding a big secret from her three children–all of them possess supernatural powers. Now that it’s Marnie’s thirteenth birthday, she must begin her training as a witch or lose her powers forever. While Gwen wants nothing more than to see her children grow up as “normal” humans, Grandmother Aggie and Marnie have other ideas. A brewing crisis between good and evil in the alternate world Halloweentown soon pulls the entire family through a portal and into an intense battle against ghouls, goblins and the warlock Kalabar (Robin Thomas).

With three sequels after this one, there’s no shortage of Halloweentown fun! 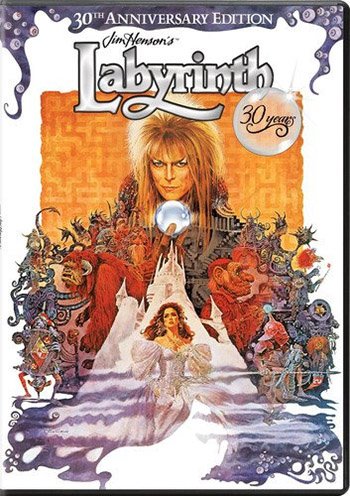 8 years and up — Frustrated with babysitting on yet another weekend night, Sarah (Jennifer Connelly), a teenager with an active imagination, summons the Goblins from her favorite book, “Labyrinth”, to take her baby stepbrother away. When little Toby actually disappears, Sarah must follow him into the world of the fairy tale to rescue him from the wicked Goblin King (David Bowie)! Guarding his castle is the labyrinth itself, a twisted maze of deception, populated with outrageous characters and unknown dangers. To get through it in time to save Toby, Sarah will have to outwit the King by befriending the very Goblins who protect him, in hopes that their loyalty isn’t just another illusion in a place where nothing is as it seems! 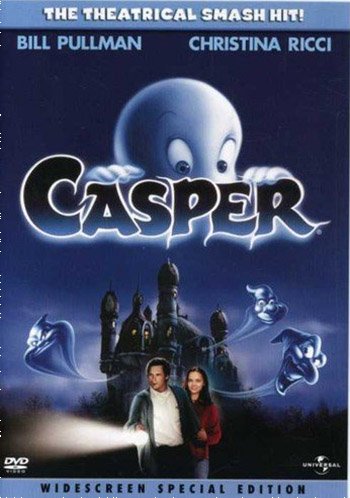 8 years and up — “Ghost therapist” Dr. James Harvey (Bill Pullman) and his daughter Kat (Christina Ricci) arrive at drafty, old Whipstaff Manor. Its greedy owner, Carrigan Crittendon (Cathy Moriarty), has hired Dr. Harvey to exorcise the house’s apparitions: a friendly but lonely young ghost named Casper, who’s just looking for a friend, and his outrageous uncles Stretch, Stinkie and Fatso (The Ghostly Trio). If the plan works, she and Dibs (Eric Idle), her partner-in-slime, can get their hands on the manor’s fabled treasure. Meanwhile, Casper has found a kindred spirit in Kat, but The Ghostly Trio will not tolerate “fleshies” in their house. With hilarious antics and dazzling special effects from many of the creators of Who Framed Roger Rabbit and Jurassic Park, Casper is a mile-a-minute adventure comedy for the whole family. 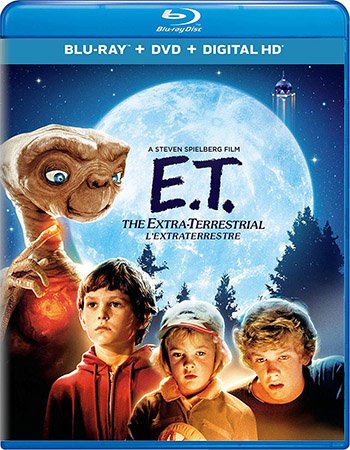 8 years and up — Relive the adventure and magic in one of the most beloved motion pictures of all-time, E.T. The Extra-Terrestrial, from Academy Award-winning director Steven Spielberg. Captivating audiences of all ages, this timeless story follows the unforgettable journey of a lost alien and the 10-year-old boy he befriends. Join Elliot (Henry Thomas), Gertie (Drew Barrymore) and Michael (Robert MacNaughton) as they come together to help E.T. find his way back home. 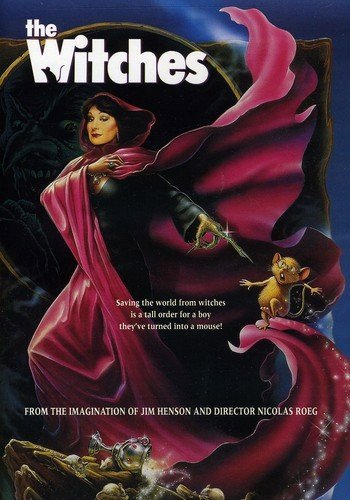 9 years and up — The film adaptation of Roald Dahl’s beloved tale tells the story of a young boy who comes across a witch convention. After hearing about their evil plan, he attempts to disband their diabolical mission at the risk of being turned into a mouse. The film is slightly hair-raising at times (all hail the venerable Anjelica Huston!) but overall a beloved Halloween classic. 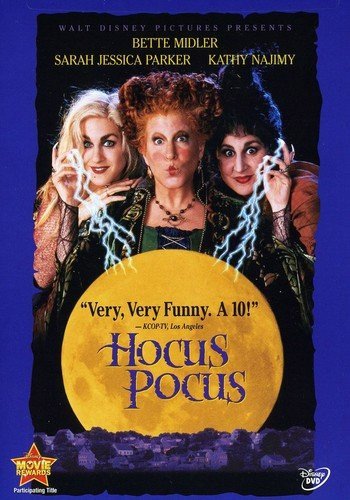 10 years and up — No list would be complete without Hocus Pocus. You’re in for a devil of a time when three outlandishly wild witches (Bette Midler, Sarah Jessica Parker, Kathy Najimy) return from 17th century Salem after they are accidentally conjured up by some unsuspecting pranksters! It’s a night full of zany fun and comic chaos once the tricky 300-year-old trio sets out to cast a spell on the town and reclaim their youth – but first they must get their act together and outwit three kids and a talking cat! Loaded with bewitching laughs, Hocus Pocus is an outrageously wild comedy that’s sure to entertain everyone! 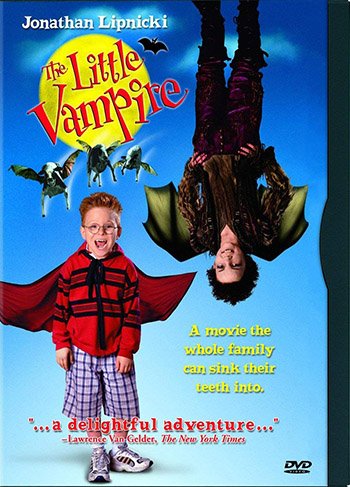 10 years and up — In this high-spirited family comedy, a kindly clan of Scottish vampires befriend a California kid who’s far from home, a boy who may become The Little Vampire. For Tony Thompson (Jonathan Lipnicki), it’s not easy being a nine year old in a new country. The young American from the big city has just moved to a small, remote village in Scotland–and now he’s having nightmares about vampires. But they aren’t nightmares; the vampires are real; and they’re harmless and friendly. Now, young Tony holds the key to the vampires greatest wish: to regain their humanity. Tony and his new friends may succeed if they can stay one step ahead of a relentless vampire hunter in this delightful supernatural family adventure. 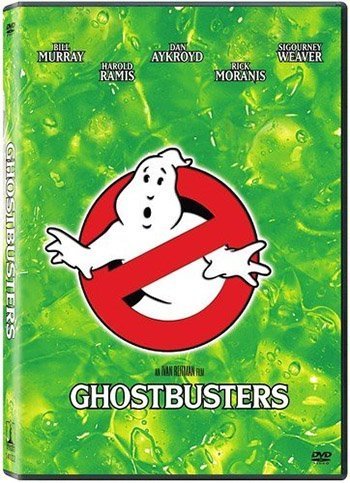 11 years and up — We thoroughly enjoyed the new Ghostbusters movie with Melissa McCarthy and Leslie Jones, but the classics are classic for a reason. 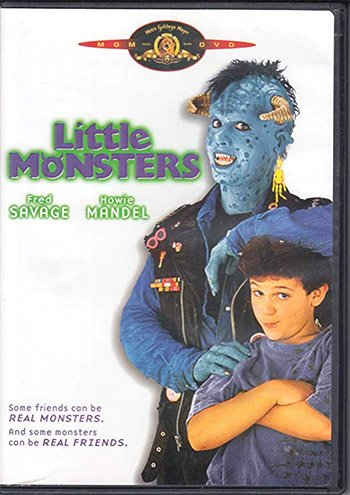 11 years and up — Leap into a fantastically monstrous world where hijinks become high art, curfews and chores vanish from sight, and a wacky, irrepressible monster can become your best friend! Eleven-year-old Brian (Fred Savage, “The Wonder Years”) knows that there’s a monster under his bed. And when he sets a trap for it he captures an experience beyond his wildest dreams! Led by Maurice (Howie Mandel), a horned, blue-green prankster extraordinaire, Brian discovers the vast subterranean hideout of the “Little Monsters” and the best friendship he’s ever had. But soon, Brian realizes he’ll have to shut the door on this dream come true…or risk the nightmare of becoming a Little Monster himself! 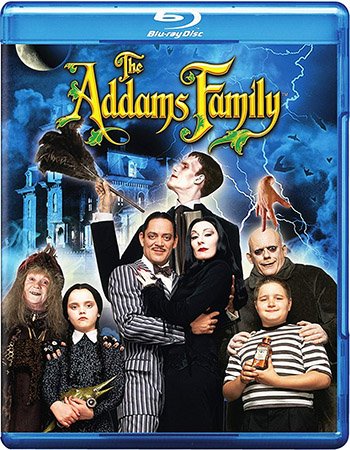 12 years and up — Come join The Addams Family for the most hilarious scarefest of this season or any other! When long-lost Uncle Fester (Christopher Lloyd) reappears after twenty-five years in the Bermuda Triangle, Gomez (Raul Julia) and Morticia (Anjelica Huston) plan a celebration to wake the dead. But Wednesday (Christina Ricci) barely has time to warm up her electric chair before Thing points out Fester’s uncommonly “normal” behavior. Could this Fester be a fake, part of an evil scheme to raid the Addams fortune?

If your kids love the first one, they’ll enjoy the equally kooky 1993 sequel, Addams Family Values. 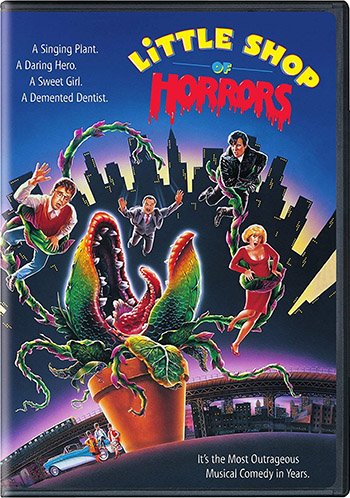 13 years and up — Seymour–an orphan and a nerd who works in a run-down flower shop on Skid Row–spends his time doing menial tasks and dreaming of his co-worker, Audrey. Then, one day, just after an eclipse of the sun, Seymour discovers a strange plant. The exotic plant draws customers, saves the flower shop from bankruptcy and makes Seymour a hero in Audrey’s eyes. But the plant has a rather unique appetite … and it’s getting interested in Audrey too.

Which are your must-see movies for Halloween?