Every year I struggle with what to give my dad for Father’s Day. He’s 79, so he already has everything he needs and he’s pretty set in his ways. He doesn’t need more neckties, he doesn’t fish, and his favourite movies are in black and white so Blu-rays aren’t really on the list either. Thankfully, books are usually a safe choice – I get my love of reading from him!

My dad is a huge history buff, having grown up in England during World War II and completing a Master’s degree in history. This year I looked to DK Books to help me find some books that he would like. I’m happy to say I found two books perfect for history lovers, from the DK Smithsonian series!

World War II: The Definitive Visual History
Perhaps the most complex, frightening, and destructive event in global history, the Second World War saw the heights of human courage and the depth of human degradation. World War II: The Definitive Visual History presents a complete overview of the war, including the rise of Hitler and the Nazi party, fascism, Pearl Harbor, Hiroshima, and the D-Day landings. This book also looks at the enduring effects of World War II during succeeding decades. 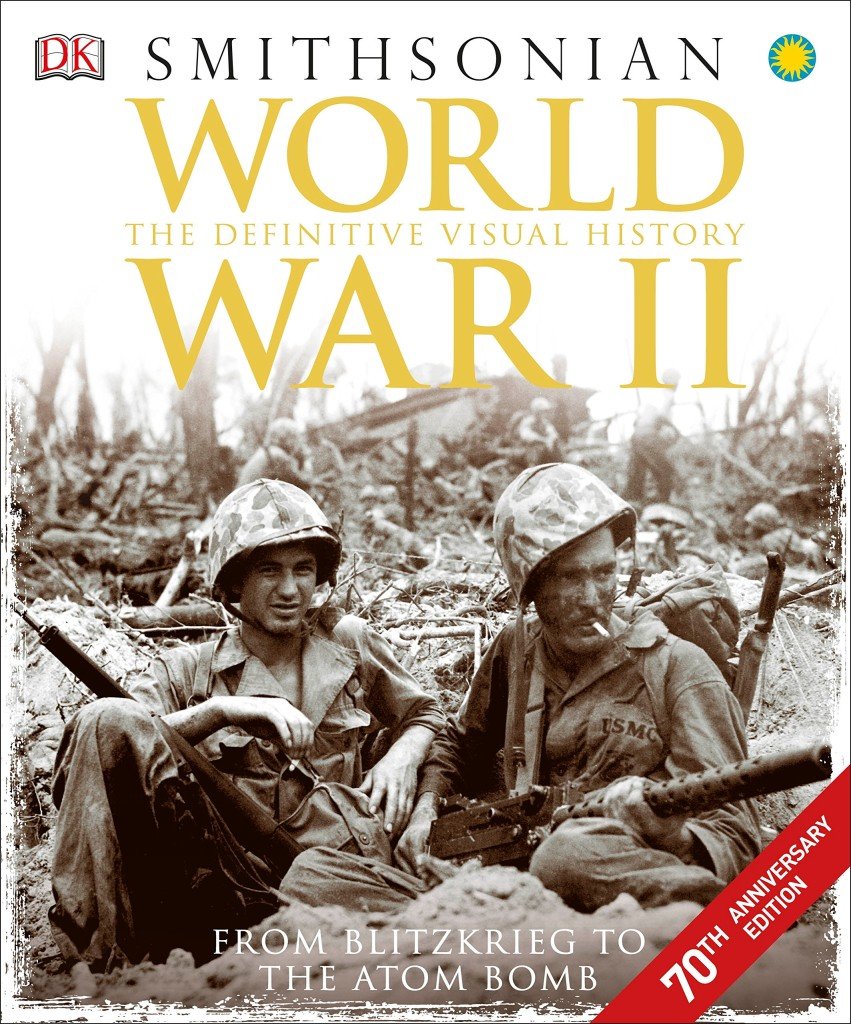 Expanded with an all-new guide to battlefield and memorial sites and repackaged to honor the 70th anniversary of the end of the war, World War II: The Definitive Visual History covers key military figures, pivotal battles, political profiles, and strategies, as well as features on everyday life on the Home Front as ordinary citizens did their best to aid the war effort. Gallery spreads feature collections of uniforms, weapons, and other equipment. Maps, timelines, and side panels offer an inviting variety of entry point to the huge wealth of information. 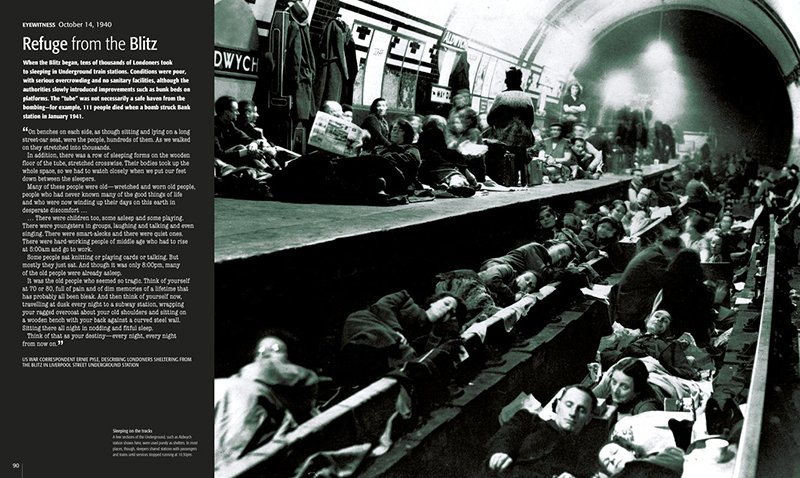 My father was a child living in Poole, England during the war. I’ve always been fascinated by the memories he shared about catching glimpses of dogfights overhead and stories of his single mother (my grandmother) who served as a fire warden during the Battle of Britain enforcing blackout regulations and patrolling the local area putting out incendiary bombs every night.

I know he’ll appreciate this very large and very substantial coffee table book that covers the first seeds of war post-WWI; the rise of the Third Reich; a complete overview of the war including events in Europe, Africa, the Middle East, Asia, North America, and on the oceans; and the aftermath. The end papers of this beautifully presented 70th anniversary volume are adorned with crowdsourced photos of men and women who served in WWII, a moving tribute to the bravery and humanity of both those who died and those who survived in this great conflict. 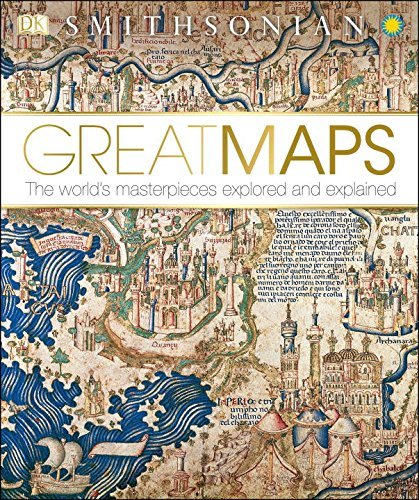 From Ptolemy’s world map to the Hereford’s Mappa Mundi, through Mercator’s map of the world to the latest maps of the Moon and Google Earth, Great Maps provides a fascinating overview of cartography through the ages.

Revealing the stories behind 55 historical maps by analyzing graphic close-ups, Great Maps also profiles key cartographers and explorers to look why each map was commissioned, who it was for and how they influenced navigation, propaganda, power, art, and politics. 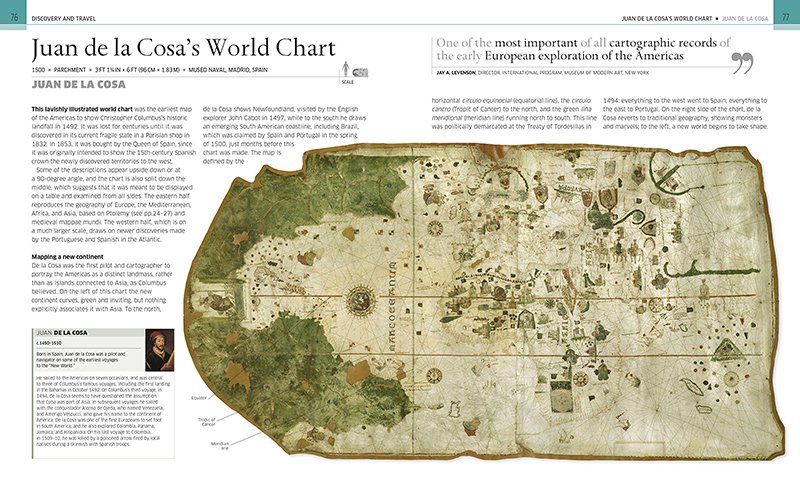 As the back of the book says, “Maps reveal more than just geography: they are a window into the culture, beliefs, and history of the great civilizations of the world.” Until looking through this book, I had no idea there were so many types of maps. This gorgeously illustrated hardcover includes maps carved into stone, made from clay or mosaic tiles, and inked on papyrus, vellum, or parchment. Others are woodcuts, copperplates, or painted frescos. Maps can be drawn to navigate geographical places, the heavens, mythic cosmologies, and imagined worlds.

Each map is reproduced in whole with details on date, media, size, where the map is currently located, and a short bio of the cartographer. Insets show image details and provide cultural and historical context. The section on Modern Mapping features several different ways of visualizing our 3D spherical Earth on a 2D piece of paper.

Some of my favourite maps in this volume include: 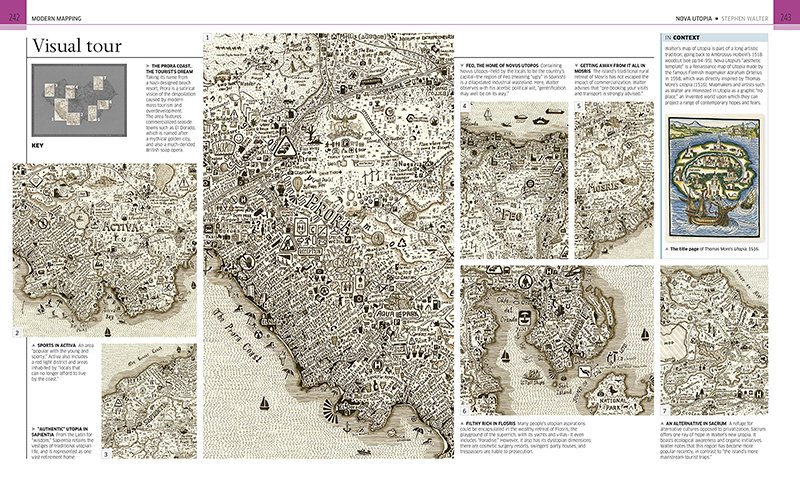 Both these books are available at Amazon.ca, Amazon.com, or wherever books are sold.

Disclosure: I received sample items for review. All opinions expressed are completely honest and my own, based on my personal experience. Your experience may differ. This post contains affiliate links. This West Coast Mommy is a participant in the Amazon.com.ca, Inc. Associates Program, an affiliate advertising program designed to provide a means for sites to earn advertising fees by advertising and linking to Amazon.ca.