Keira’s first birthday is this Sunday. It’s hard to believe it’s been almost a year since our littlest one’s precipitous arrival! We picked a ladybug theme for her birthday, and I decided to make a bunting-style birthday banner for her party in black, white, and red. I stopped by Michael’s last weekend and picked up some cardstock on sale and twine. I already had some double-sided foam adhesive tape in my craft drawer. 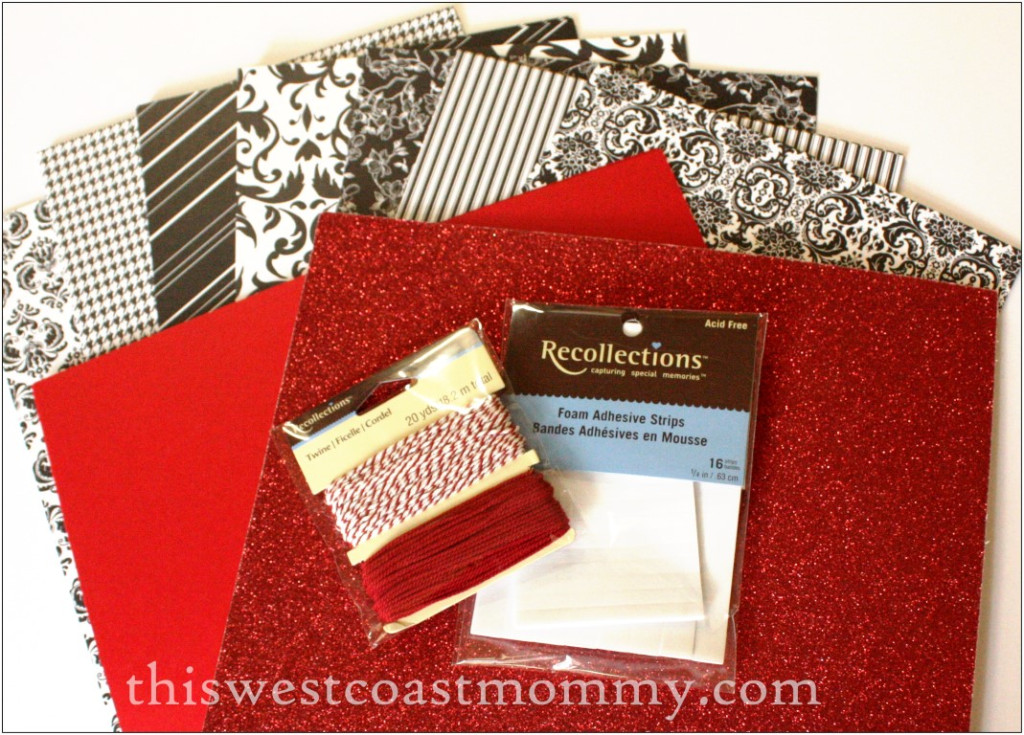 I measured and cut out the triangular flags from the black and white card stock. I like the eclectic look I got from using different prints in the same colours. 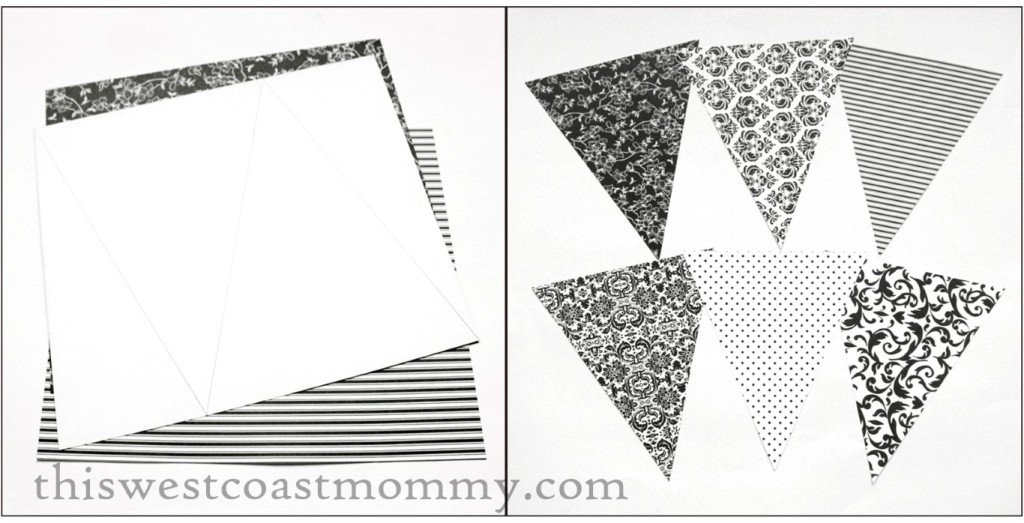 Then I sketched out the outline of each letter backwards on the back side of the card stock to avoid any lines, eraser marks, or pencil impressions on the good side. (Tip: check each letter’s proportions in a mirror to see how they’ll look right way around.) When I was satisfied with how my letters looked, I carefully cut each one out. I used a craft knife to cut out the inside spaces on the A, P, B, R and D. For the birthday girl’s name I used gorgeous sparkly red paper.

I stuck each letter on a flag with small pieces of double-sided foam adhesive tape to lift the letters up a bit for a three dimensional effect. 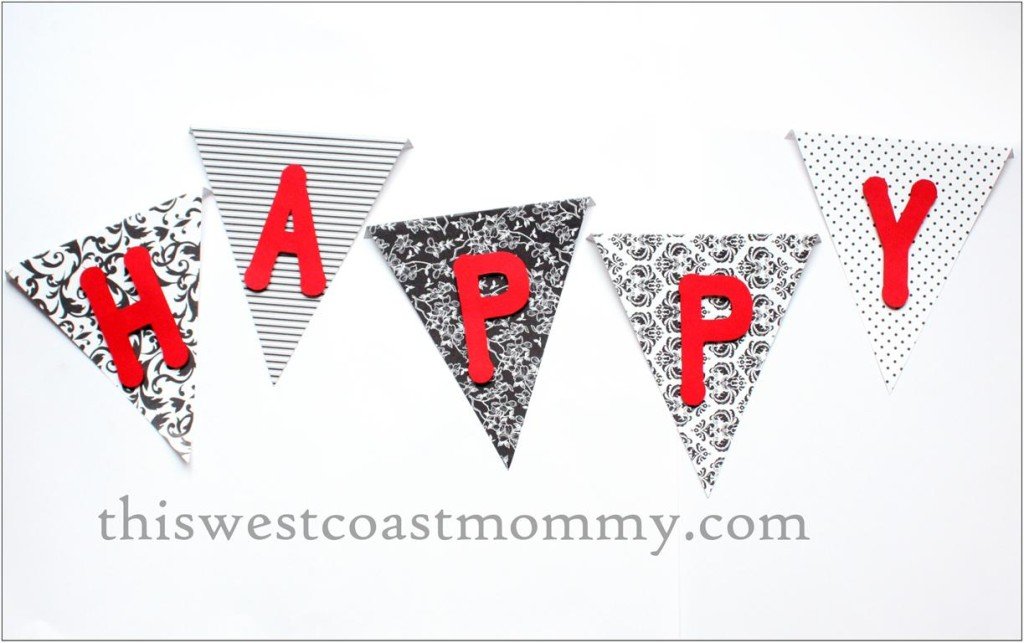 Finally, I lined up each triangle along the twine and folded the top edges over about about half an inch. You could see the corners of the triangles where the top edge overlapped so I trimmed those off and then glued the top edge down with the twine inside the fold. 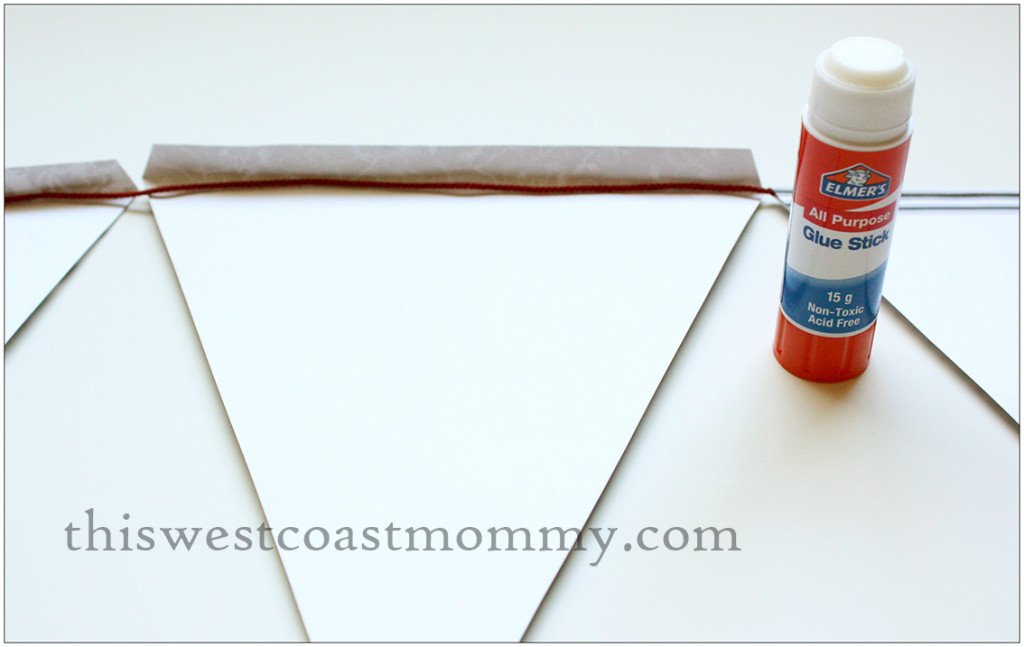 I had quite a bit of paper left over so I used some of it to make a few cute ladybug wall decorations for the party. 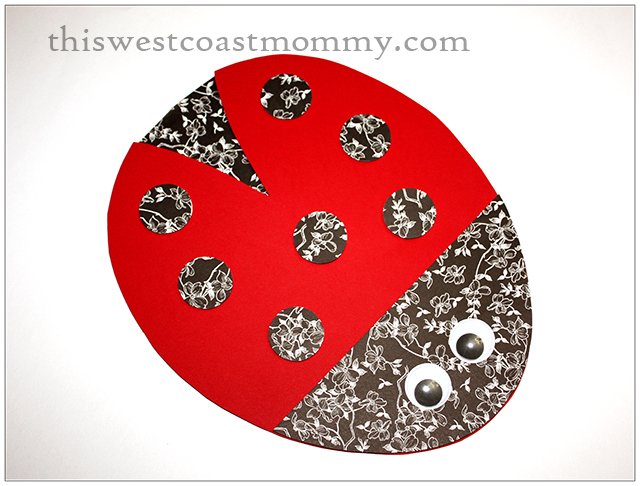 And here’s the finished banner! 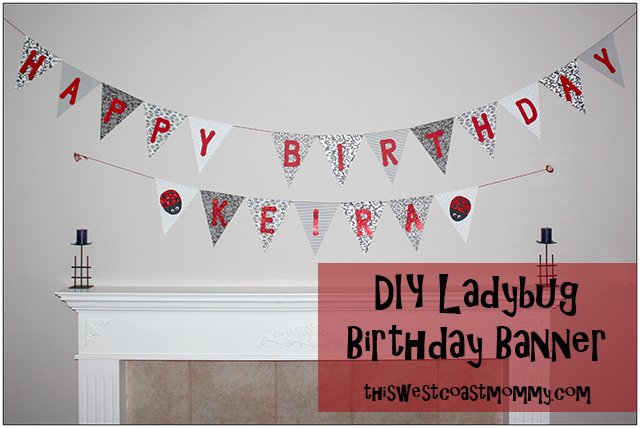