Gru, his adorable girls, and the mischievous Minions are back with a cast of unforgettable new characters in the blockbuster sequel to the worldwide phenomenon.  Just as Gru has given up being super-bad to be a super-dad, the Anti-Villain League recruits him to track down a new criminal mastermind and save the world.   Partnered with secret agent Lucy Wilde, Gru, along with the wildly unpredictable Minions, must figure out how to keep his cover while also keeping up with his duties as a father.  Assemble the Minions for laugh-out-loud comedy in “one of the funniest, most enjoyable movies ever!” (MovieGuide®)

Bonus features include three all-new mini-movies featuring the mischievous but lovable Minions, deleted scenes, a closer look at the evil minions and much more! Check out a sneak peak of the a mini-movie here!

This Thanksgiving, Manhattan will share a memorable moment of Minion Madness with the world when a brand new Despicable Me 2 float joins the 87th Annual Macy’s Thanksgiving Day Parade®  in celebration of the home entertainment release. Despicable Me 2 will roll out a deliciously decorated cupcake parlor inspired by the hilarious and heartwarming film and featuring Gru, the reformed master criminal turned devoted dad, and a gaggle of his unpredictable helpers, the Minions — including a surprise new character — to keep things lively and entertaining for the film’s millions of fans, both young and old. The 86th Annual Macy’s Thanksgiving Day Parade airs nationwide on NBC-TV, on Thursday, November 28, 2013 from 9:00 AM – 12:00 PM in all time zones. 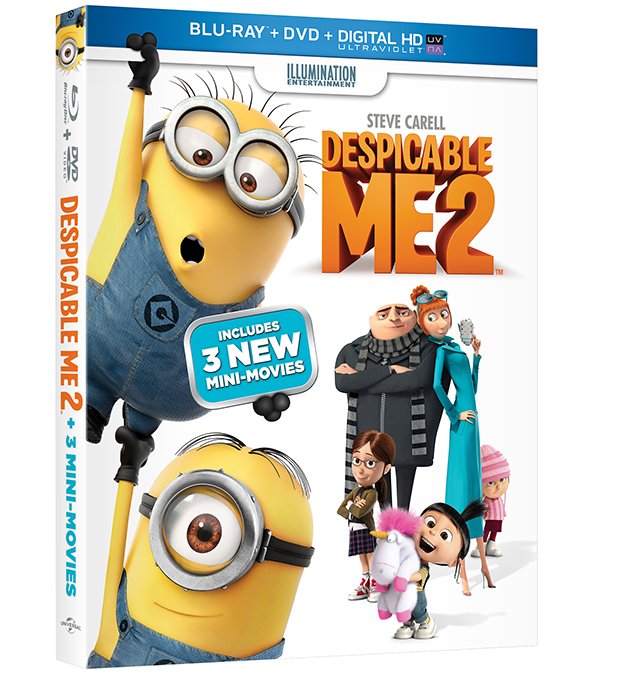 Disclosure: This is not a sponsored post, and I did not receive any compensation. I’m sharing this information from the PR company for my readers’ enjoyment.