It’s hard to believe it’s the end of 2013 already! Welcome to December’s update in my ongoing monthly series following Teagan’s first year of preschool. Teagan has been doing so well and enjoying herself so much, that we decided to enroll her for four days a week starting in January.

At the beginning of December, hubs and I got to visit her classroom for 30 minutes and watch Teagan at work. Montessori is such a different experience than what I remember from my preschool and kindergarten days! All the children, including mine(!), worked independently at their activity of choice. We watched Teagan pull out a set of wooden numbers, line them up from 1-10, and begin grouping bells in pairs under each number. Several times the set of bells she was working on got mixed up with the adjacent set, and I could tell she was frustrated, but she persisted and managed to complete all the sets correctly. Colour me impressed!

Of course Teagan brought home piles and piles of Christmas crafts and decorations. Here’s a small selection of the stuff that made its way home this month. 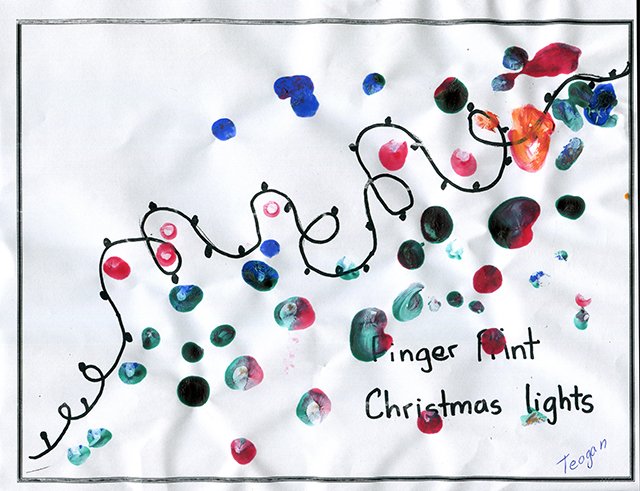 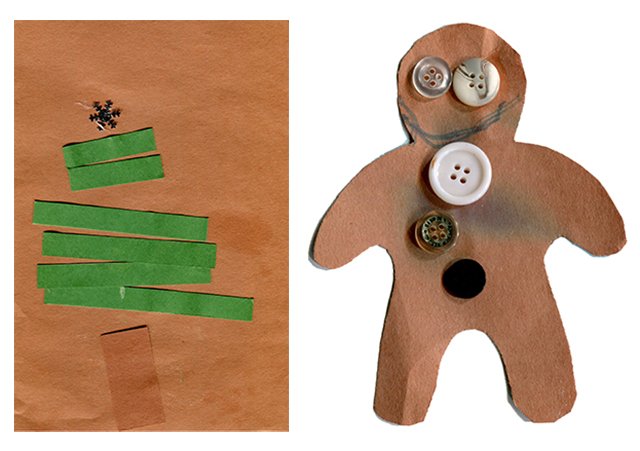 Her favourite was this “gingerbread house” made out of graham crackers and royal icing. On her last day of school before winter break, we had a little party with the other students and their parents, and we helped her decorate the house. 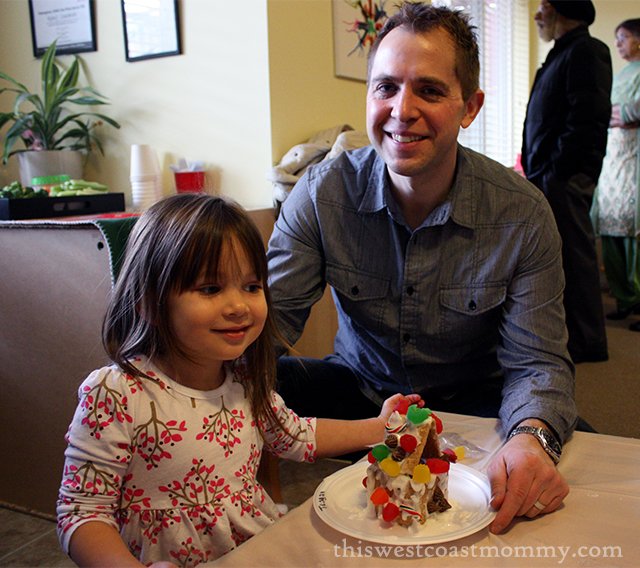 Last month I told you about Teagan’s upcoming winter concert. I thought she would be too shy to actually sing, but I was wrong! Her class performed “Let It Snow”, “Frosty the Snowman”, and “Jingle Bells”. It took Teagan a little bit to warm up, but by the time they started on Frosty she was mouthing the words and doing the actions. She really hit her stride in “Jingle Bells” and got right into it. Yay, Teagan! There may be a career for you in show biz after all! 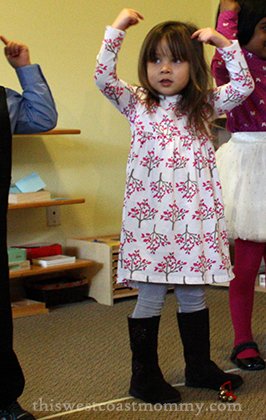