Editor’s note: We believe that all birth stories and all birth experiences matter. This post is part of an ongoing series of birth stories submitted by readers and fellow bloggers, featuring a diverse range of women and their birth experiences. This week, Danielle is sharing her story to let other women know that birth doesn’t have to be scary. Enjoyable, smooth births do happen! If you would like to share your own birth story, please visit this post to learn how. ~Olivia

When everything was over, the doctor remarked “I wouldn’t tell other women about your delivery or you’ll have no friends…”

Leading up to my due date, my doctor kept telling me I would go late (first baby, healthy mom) and that she would be back from holidays for it. This wasn’t what I wanted to hear. It was late August, and I wanted my baby boy out and my feet to stop hurting. I met the doctor who would be covering for her on a Thursday. She did an exam and said she didn’t expect the baby this weekend. Okay. Fine, I guess.

I went to my friend’s wedding that Saturday in the middle of a heat wave, danced on the dance floor, did jumping jacks (halfheartedly) and hoped this kid would budge. He didn’t.

On Monday, I went to the chiropractor in the morning and then relaxed all day. I had dinner plans with some friends that night for something spicy, so I went to the bathroom for a pee before I left (it was only one minute down the road but it was imperative to empty the tank now). As I sat on the toilet, liquid started coming out, but I wasn’t peeing… There I was, sitting on the toilet in all my huge glory, as my water audibly gushed into the toilet. Talk about timing. There was no mess to clean up!

We cancelled our plans, picked up some salad rolls, and dropped the dog off with the in laws. Then we went to the nearest hospital for a round of antibiotics (I was Group B Strep positive). I didn’t have any contractions at this point and wasn’t in any pain, so after the antibiotics were done, they said I could go home and be back by midnight for the next round of antibiotics. We picked up some subs with me in my light-coloured sundress soaked in amniotic fluid and an IV hookup in my hand. We watched some James Corden, and I had a relaxing bath. 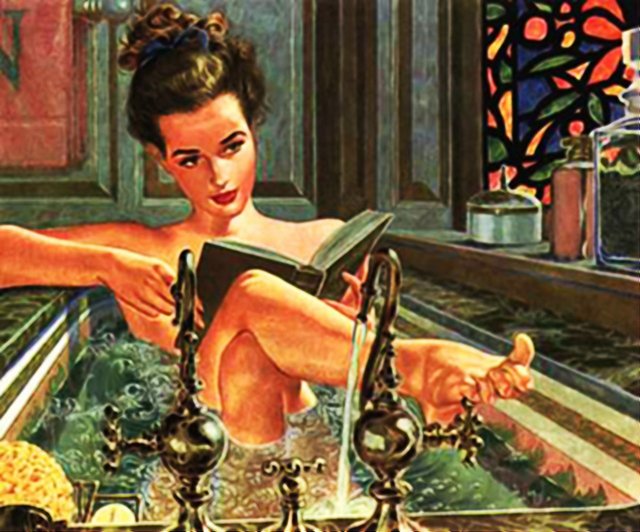 We returned to the hospital at midnight. By now, I had some light pressure in my pelvis, but nothing to complain about. We met my fill-in doctor, and she introduced us to the resident doctor (who had excellent-looking and, according to my husband, excellent-smelling hair). They told me I was 1 cm and I thought, “Wow, I’ve got a ways to go.” They informed me that with the GBS, they would allow me to labour on my own for up to 24 hours. If I didn’t deliver, then we’d move to a cesarean. Since I wasn’t having any contractions, they inserted Cervadil to get things going and gave me morphine and Gravol to deal with any pain.

They monitored the baby for 15 minutes, inserted the Cervadil (NOT pleasant, but it only lasted a few seconds) and then monitored the baby for an hour. At this point it was around 1-2 am and the monitors wouldn’t stay on properly. They kept losing the baby’s heart beat, but no one seemed worried. I was given some morphine and Gravol and slept for a bit. I went to the bathroom and had a bowel movement at which point the Cervadil fell out and we had to start the whole thing over again.

All sense of time went out the window for me. At some point the morphine started to wear off, and I started to contract with the dreaded back labour. I had tears in the corners of my eyes, and I kept telling my husband to heat the bean bag up again and press it hard on my back. Hotter! Harder! I could hear another woman screaming like she was dying in another room. I looked at the nurse with fear and tears and said, “I don’t wanna.” She told me that woman had no drugs and I said “Okay, give me all of them”.

The doctors came in to do an exam. They said I was 4 cm and that they would like to start oxytocin, “but your birth plan…”

“My what? Pff, don’t listen to that. Do what you think is right, just tell me about it first.”

“Okay, we would recommend an epidural with the oxyto-”

“Yep, let’s get that going. Also can I have something to tide me over until the epidural gets here? I heard it can sometimes be a while for it to arrive.”

The doctor got me some more morphine and Gravol and ordered the oxytocin and epidural, expecting the morphine to dull the pain of the oxytocin while we waited for the epidural. The epidural arrived BEFORE the oxytocin!! HELL YA!! As soon as the epidural was administered the back pain stopped, and I instantly felt amazing. I fell in and out of sleep, with no concept of time. The nurse would ask me if I could feel a contraction happening, I would open my eyes and say, “Haha, no,” and fall back asleep.

I woke up at one point and yelled, “I’m going to barf!” My husband came running over with a take-out french fry tray just in time for the barf to hit it like a skateboard ramp and go spewing across everything. It was everywhere! I told them not to bother giving me another gown, just toss a blanket on me. I went back to sleep, and hubby went to get a pizza. A pizza I wasn’t allowed to eat yet… 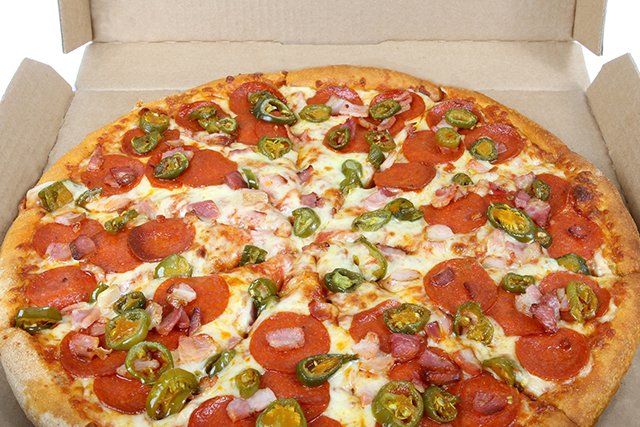 Eventually, the doctors come back and ask me if I can feel anything and I just laugh and say no and close my eyes again. They decide to have a look, and the doctor goes, “Oh, that’s the baby’s head, you’re ready to have a baby!”

That’s right, I basically slept from 1-10 cm. It can happen. It was excellent. I spent the entire day with my eyes closed and asleep, opening them only to answer questions. Aside from a couple of hours while the back labour was bad and the morphine had worn off, I was in little to no pain. For the most part, the contractions felt like period cramps in my lower belly, and any actual bothersome pain was in my low back.

So they got me prepped for delivery, turning down the epidural and turning the oxytocin up. My husband held one foot, the nurse held the other, and the resident doctor got into the splash zone. The monitors still weren’t picking up the contractions, so they had to go based on my instinct. Pushing really wasn’t that bad. The doctors and nurses gave me great instruction, and the most uncomfortable part was when they wanted to give me a rest and put my legs down. I barely needed rest between contractions. As long as I could take a breath I was good to keep pushing, and I wanted to.

Eventually we got to the point where they told me to only push when the doctor said so. The nurse looked at me and said, “You’re going to do this. Push-Push-Breathe.” Eventually, it happened. The sweet relief of pressure and he was out!! I heard the doctor say, “Is it a boy or girl?” and I responded, eyes closed, “It’s a boy!” And everyone laughed, because I still hadn’t opened my eyes. And just like that, our lives were changed. This purply little creature was on my chest, looking around, and I said to my husband, “Give me the pizza”.

From my water breaking to birth was 24 hours.

Pushing was somewhere between 1-2 hours.

And he was a week early 🙂

So… enjoyable, smooth births do happen. I didn’t scream or cry, and the barfing was sudden and brief. I had no lasting nausea, no massive tears, no pooping on the table. It was so much better than I imagined it could be. The one thing I was concerned about was that I wanted to feel the birth, but not the contractions. And the epidural did that. I didn’t feel the worst of the contractions, and the epidural was turned down at delivery so that I could feel the actual pushing and arrival of my son. The nursing staff and doctors at Chilliwack General were so caring and good at their jobs, it made things even easier.

After he was born, we had some trouble with breastfeeding, and I remember thinking in those first three weeks, between breastfeeding pain, lack of sleep, and the complete and utter fear that we were screwing things up, I’d rather give birth once a week than deal with these three weeks.

This was my birth announcement… 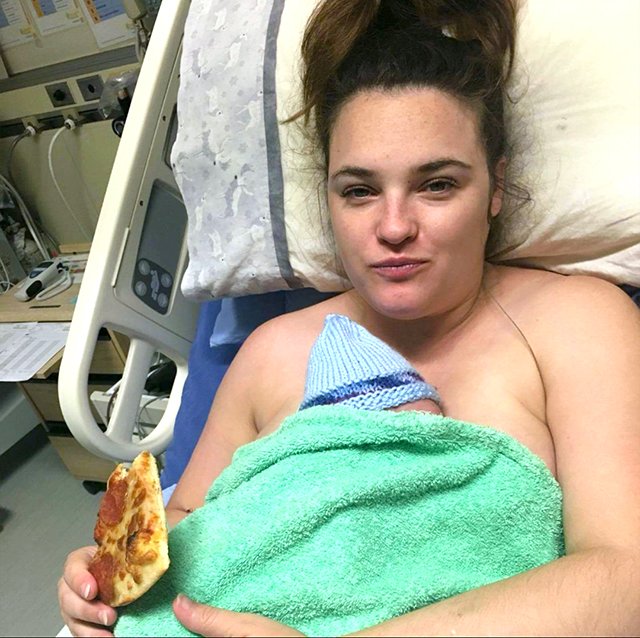