Editor’s note: We believe that all birth stories and all birth experiences matter. This post is part of our ongoing series of birth stories featuring a diverse range of women and their birth experiences. Today Brittney is sharing her son’s planned home birth in her family’s cabin, unattended by a midwife or doctor. We know that unassisted birth can be controversial. Please remember to be respectful when commenting or replying and refrain from personal attacks.

On the morning of November 29th, I woke up before my husband and daughter, which was unusual for me as I had been sleeping in so much the whole pregnancy. This was the exact “due date” I had estimated for myself. I had received very little prenatal care, by choice, and had planned for an unassisted home birth. That morning I was restless. It was cold in our little cabin, so I went outside to cut a few pieces of wood for the fire. As soon as I started sawing, I felt a small gush and my pants were wet. I suddenly felt a mix of emotions. I was so happy to know that labor was imminent, that I wouldn’t have to stress about an overdue baby. I was also a bit nervous. This was it.

I waddled inside and decided to stand over a bucket for a while as the water continued to trickle out. I made small attempts at waking my husband. I didn’t want him to be frantic as soon as he woke. Eventually my 6-year-old daughter woke up, and I told her my water broke and that meant I would have the baby soon. She was delighted. I figured we really did need a fire now, so I said my husband’s name a little louder this time. He stirred, and I told him my water had broken. He was instantly on his feet saying, “You want me to make a fire?” I said, “Yeah.” 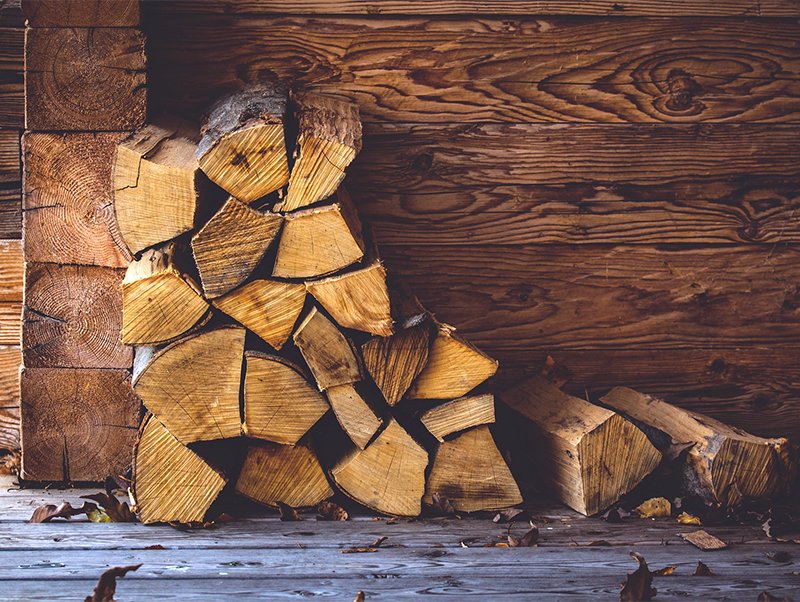 I spent some time making cloth pads that I’d soak every 10 minutes and have to hang up to dry again. This allowed me to move around and get some things cleaned up. I made the beds, did some dishes and swept. Then I thought it would be best to relax in bed for a while. I had no idea how long it would take for labor to start. I had heard it could take anywhere from a few hours to a few days after your water breaks. For me, it ended up being a few hours.

At some point, I’d gotten up to make some food and realized I was experiencing mild cramping. I had completely forgotten what a contraction felt like so I kept telling my husband that I was just having some cramps. He didn’t believe me, so he went outside to start heating large pots of water on the fire to make me a bath. As time went on I could barely focus on cooking. Every couple minutes I’d be back down on the floor having to breathe through these “cramps”.

Realizing the food was about done, I went outside and into our short school bus that we had converted into a bathroom. I was in need of some relief and my husband had just finished preparing the bath. It was perfect timing. I got in and added a few drops of lavender oil. We lit candles and opened a curtain so I could look out at the moon. I began moaning with each rush and needed to gather my courage as it was becoming clear that this delivery would be intense.

Eventually, I got out of the tub to deliver on a bed that we had prepared just for the birth. My husband assisted me as I eased my way across a red towel on the floor. My mortality flashed before me. No clear thought. More of a feeling, a knowing. We’re always there on death’s doorstep and, sometimes it seems, during a time like childbirth, the door is wide open. 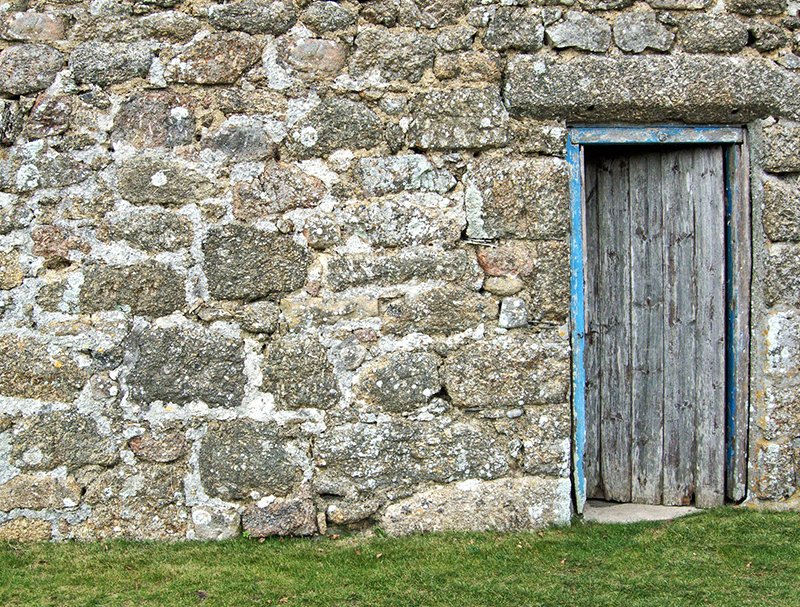 I got right into position, on my hands and knees with towels over my back keeping me warm. The contractions started coming on fast and I knew I didn’t have much time left. I asked my husband to go check on our daughter and make sure she had some food. During this brief moment, I looked out the window at the night sky and started having a little pep talk with myself, which quickly turned into me telling the baby we were almost there and we were going to get him out safely.

Then my husband was back and another contraction was underway. I was trying to keep my jaw loose and my throat open, hoping the birth canal would expand. I could tell my husband was getting nervous as he started to make jokes that I wished I could have laughed at with him, but everything felt too intense. He started massaging my back and hips, which was probably for the best. It was hard to tell what felt good versus bad, but I assume it at least helped keep me grounded.

The next series of contractions rocked me harder than anything I’ve ever experienced in my life. I don’t remember it being so difficult with my first. I was pretty quiet when I gave birth to her. This time, I was no longer just moaning. I was yelling or roaring or making whatever noise would come out very loudly. I couldn’t have contained it if I tried. It was pain. I couldn’t deny it. I have to admit, I hoped I would experience this pain differently. I thought maybe I could even have an ecstatic birth like some women, but that was clearly not in the cards.

My husband was still massaging my back like an angel and starting bawling behind me. I knew he had hit the moment where he didn’t want me to have to do it. His tears were a blessing to me somehow. He felt a little bit of what I felt, and I didn’t feel so alone. I had to remind myself that I was in transition and that meant our baby would soon be in my arms. Probably another contraction later and I had pushed to where I could reach down and touch the top of his head. That was really encouraging. Another push, and his head was out and he was wailing immediately.

At that moment my contractions took the longest pause, which was probably not long at all but felt like an eternity. I remembered a tip I had read and started panting like a dog. I felt a contraction come on again and knew it was time to push. My body was doing it anyway. Out he came.

My husband caught him and helped move him up to me. I flipped over and my daughter came to see her new baby brother. We all basked in his presence. It took a while before I was ready to birth the placenta, during which time I encouraged our baby to start nursing. All was well. No tearing. No heavy bleeding. Just a bright eyed little sweetheart who could already lift his head! Wow. I felt so relieved and thankful, my whole body was shaking, and I had this beautiful family surrounding me. I love them more than I can say. 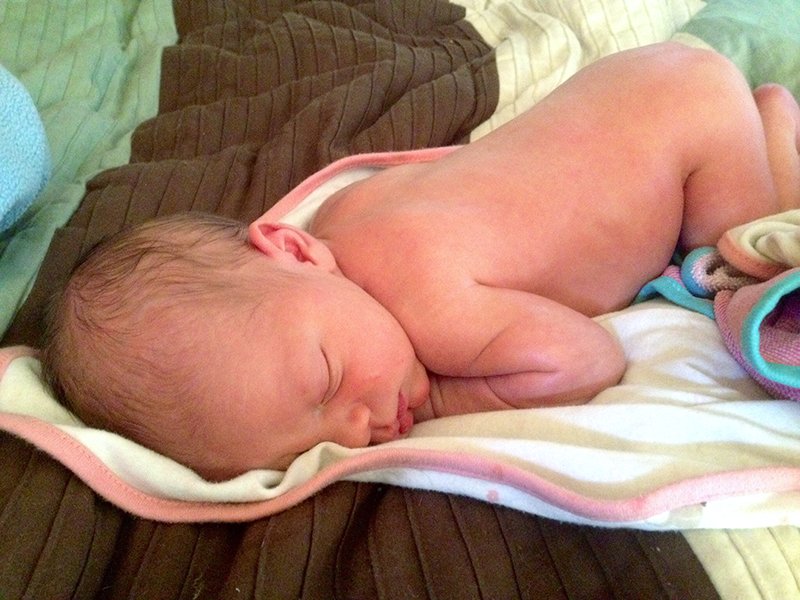 I realize there are many people out there concerned about home birth, let alone an unassisted one. Looking back, I think it was the perfect birth plan for our family based on a few things. We went into it knowing that a birthing center was less than 10 minutes away in case of emergency. I was also prepared in other ways through several years of research and observation. After my first child was born I studied to become a doula and had attended other births.

For this birth, I felt that in order to labor in a way that would not hinder my body’s natural responses, I wanted to be in my own home, supported only by my husband whom I am very comfortable with. It is much more difficult for the body to simply do its job in the presence of others, especially if they seem to have more knowledge than you about what your body is up to. You go looking to them to make sure you’re okay, when the only person who really knows that is you.

As it is, it can be difficult not to let your mind become fearful and take over a situation. Your body has a consciousness of its own and during an event like childbirth it’s essential that the body’s wisdom is respected and honored. If someone else were to check your dilation, for example, your body would register their fingers as foreign. A sensitive person will respond to this by closing off. This could stall labor, which could then cause a series of other issues. I feel that I am one of those sensitive people that needs a fair amount of privacy in order to allow my body its full range of being. 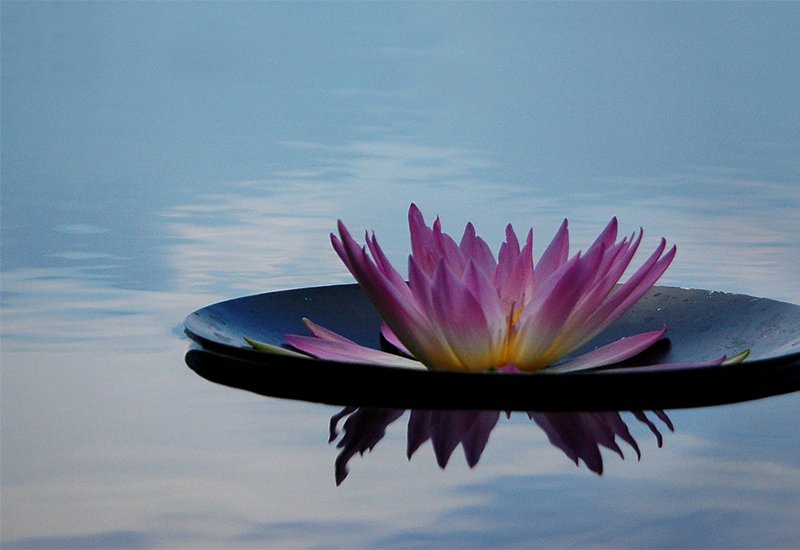