With the days getting shorter, colder, and wetter, we’ve been spending more time indoors curling up with a good book and reading together. We’re really looking forward to more reading time together over the winter break! 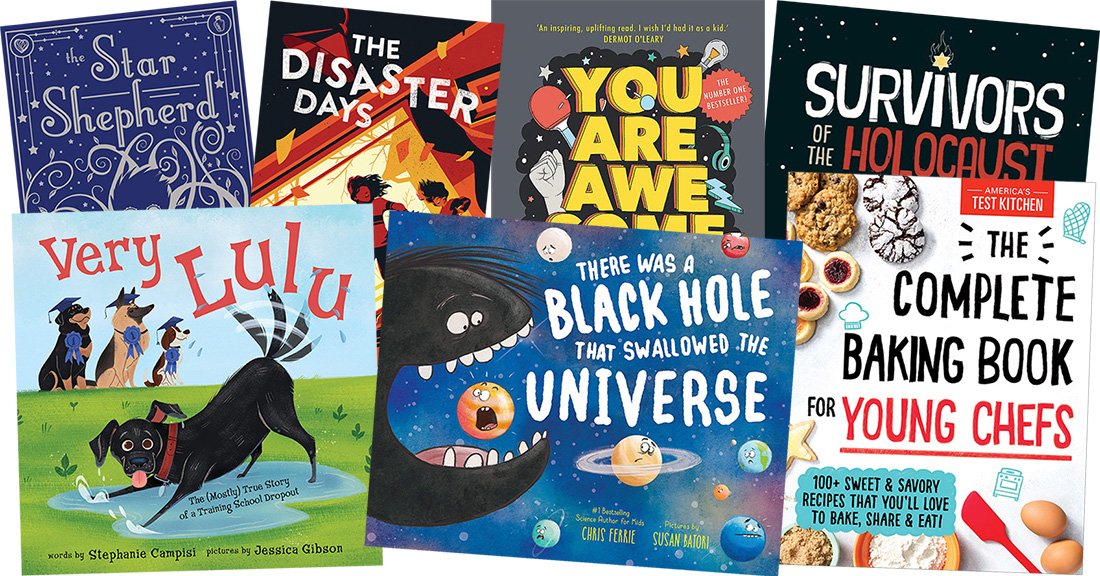 Sourcebooks sent us some of their new kids releases to read and share with you. We have a funny dog story, a rhyming parody picture book, a cook book for kids, two middle school novels, an inspirational read, and a graphic novel covering a terrible time in history. Read on to see what we thought and discover some new books to add to your child’s reading list this winter. 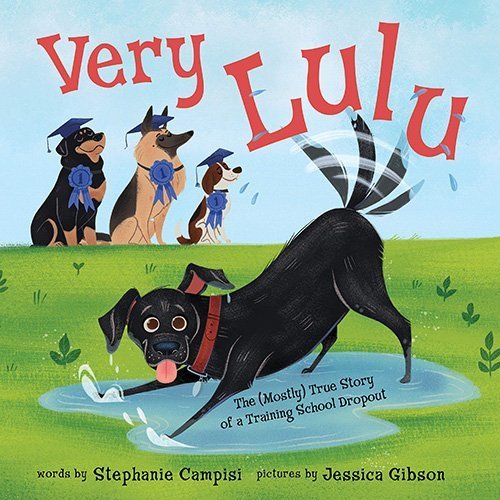 Very Lulu is based on the real-life story of Lulu, a black Labrador recruited into the CIA dog training program for her superior sniffing abilities. Unfortunately, a few weeks into her training regime, it becomes clear that Lulu is just too much of a free spirit to enjoy the training. Instead of seeing this as a failure though, the lesson is in celebrating who you are and being true to yourself. Lulu may not make a good police dog, but she makes a perfect family pet!

When dogs leave the CIA’s training programs, their handlers get the chance to adopt them. Just like Lulu in the book, the real-life Lulu was adopted by her handler and now spends her days as a beloved family dog. Dog-lovers will enjoy this glimpse into the kind of training that CIA dogs receive. (Ages 4-7.) 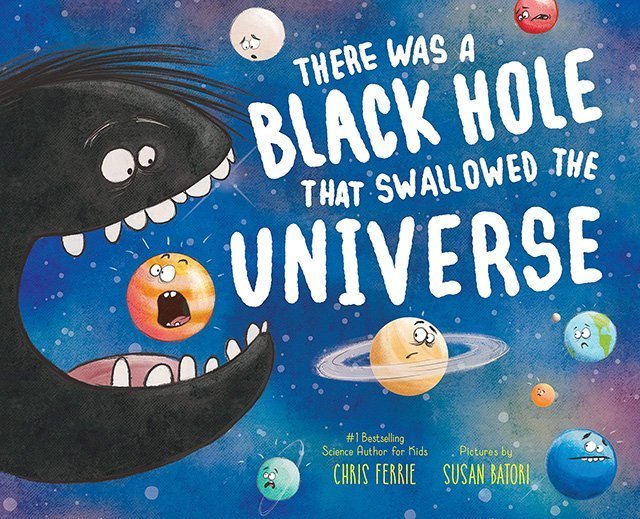 In this parody of the traditional child’s rhyme “There Was an Old Lady Who Swallowed a Fly,” instead of moving from small to large, the black hole swallows items in reverse order from the whole universe down to subatomic quarks. It doesn’t quite make sense, as the universe that gets eaten on the first page already contains all the other things inside it. The rhymes are a bit forced (galaxy and cavity, planet and organic), but the real “star” of the book is the humorous illustrations of panicked planets and nervous molecules trying to flee the hungry black hole.

Once you get to the end, there’s a fun twist. Turn on a black light (not included), and read the book backwards as the Big Bang creates the universe again, from the quark up. It’s a neat idea, but like most families, we don’t have a black light lying around with which to read the second story. (Ages 5-8.) 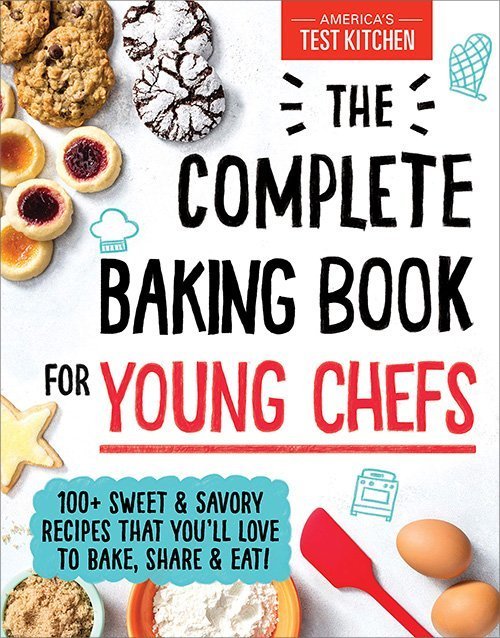 Kids love to cook, and this cookbook has over 100 recipes for kid-friendly treats and baked goods they will love making for the family. Recipes are written in simple, straightforward language and come with plenty of photos to walk young bakers through the instructions.

Terms, tools, and basic techniques are explained at the front for novice bakers. Recipes are rated from one to three chef hats to designate skill level, and symbols tell you right from the start which recipes will need a knife, microwave, stove top, or oven. Last weekend we made some berry scones for brunch. They were delicious, but the best part was how proud the kid were of their finished product! 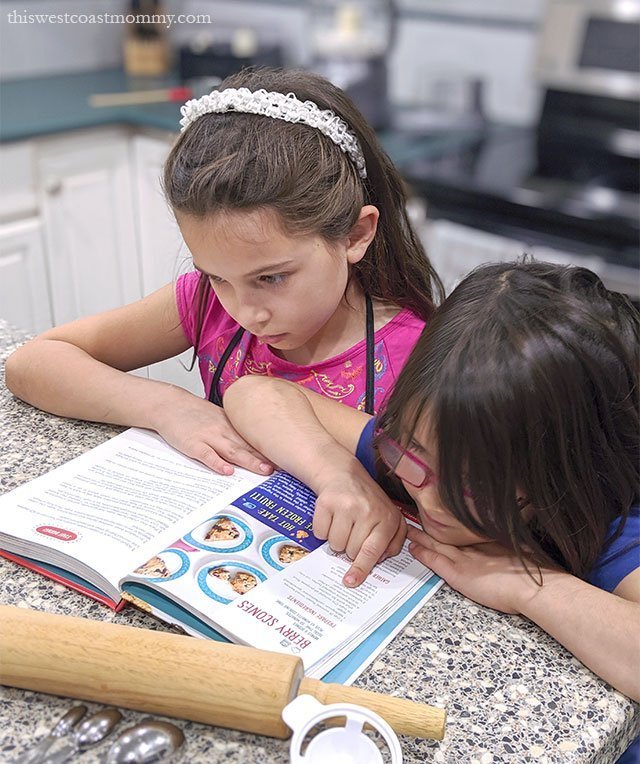 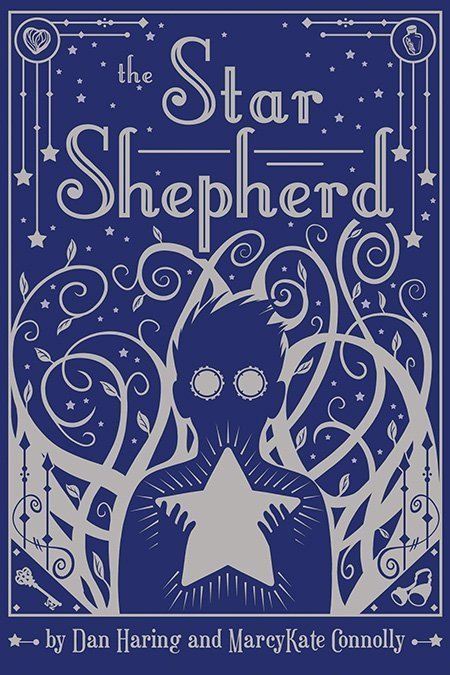 In this middle school fable, Kyro yearns to help his father, a Star Shepherd, rescue fallen stars and catapult them back into the sky. Unbeknownst to the townspeople, the stars are their only defense against an ancient evil. But when the stars begin to disappear, Kyro’s father sets out to find them, leaving Kyro to shepherd the stars in his absence. With his father gone, Kyro is forced to defend his father’s actions to the Star Shepherd Council. Unfortunately, Kyro is unable to convince the Council of the threat facing their charges, and he and his father end up expelled from the Star Shepherd ranks.

With his life in upheaval, Kyro and his best friend, Andra, set off to find his father and save the stars. Along the way, the two friends face dark creatures who have sneaked past the broken star net and discover a hidden enclave of sentient giant robots. Rather suddenly, the story turns into a robot battle which feels a bit slapped on, then wraps up quickly with a happily ever after ending. Illustrated with charming black and white ink drawings, the story reads like an epic myth with steampunk inspiration. Characters are painted with rather broad strokes, and there’s a bit too much travelling across deserts, but overall an enjoyable read.(Ages 8-12.) 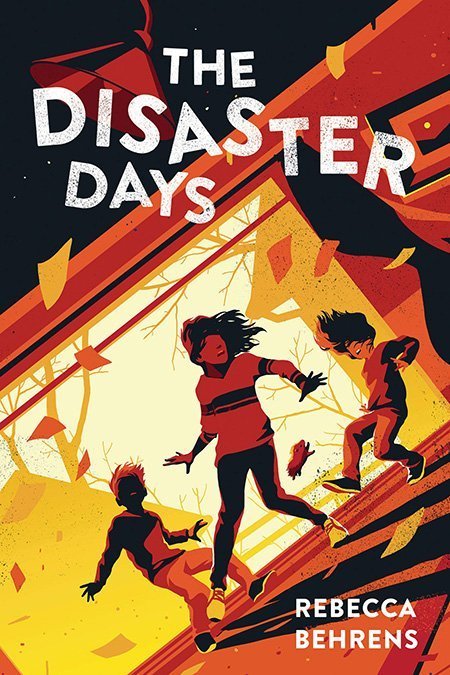 13-year-old Hannah is babysitting the neighbour’s kids, Zoe and Oscar, when the big earthquake hits their island home in the Pacific Northwest. With no cell service and the bridge and ferry service down, the three children are cut off from their families and must survive three days all by themselves. Hannah finds herself in the scary position of being in charge of keeping herself, her young charges, and Jupiter the guinea pig alive until help can arrive. The children must find food and water, treat their injuries, find safe shelter, and avoid a hungry bear.

Rebecca Behrens’ title is spot on. Disaster Days careens from disaster to disaster, putting the children’s resourcefulness, skills, and teamwork to the test over and over again. Don’t be surprised to find your middle school reader huddled under the covers by flashlight at night, heart racing, needing to find out how the children survive the next calamity. Suspenseful and inspiring, this page-turner will have your kids putting together their emergency kits and brushing up on their survival skills.(Ages 9-13.)

You Are Awesome
by Matthew Syed 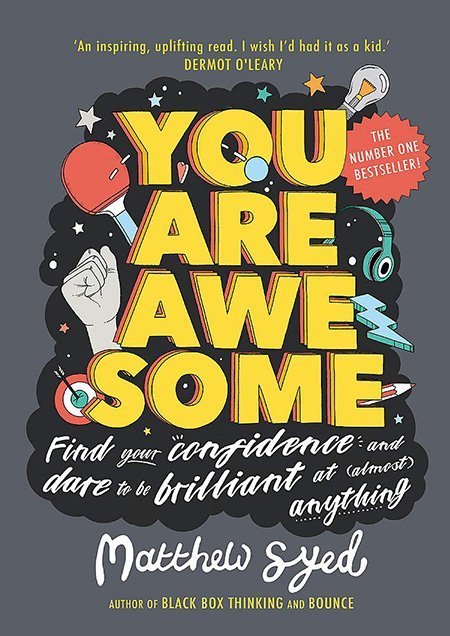 Matthew Syed is a two-time table tennis Olympian. Speaking from his own experience in a folksy, friendly tone, he counsels kids about some of the characteristics that encourage awesomeness. Some of his advice is common sense, like practice and persistence. But one of the most important messages in this book is the difference between a fixed mindset and a growth mindset. He explains these concepts in a way that’s easy for kids to understand and offers strategies for fostering that all-important growth mindset. (Ages 9-13.) 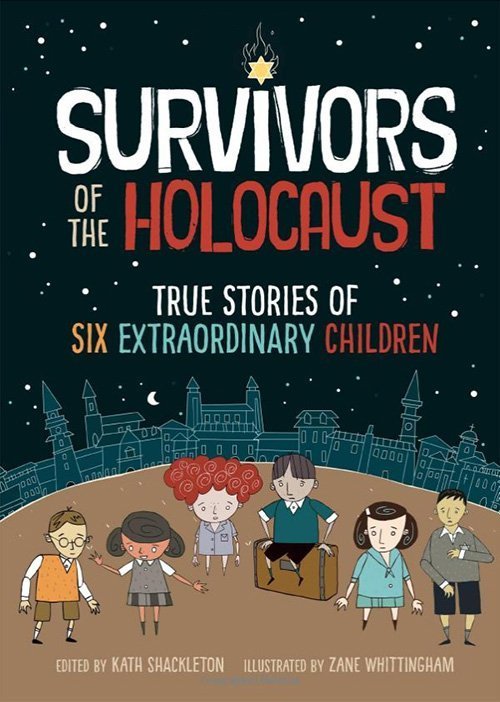 This nonfiction book presents the stories of six Jewish children and their Holocaust experiences. Heinz and his family escaped Germany only to to sent to an internment camp in Canada during the war as enemy aliens. Trude was sent away from her Czechoslovakian home to escape the Germans and never saw her family again. Ruth and her family escaped Germany to England on the eve of World War II being declared. Martin and his sister also escaped Germany by way of Poland and lived through air bombings in Coventry, England. Suzanne was smuggled out of Paris by a neighbour when her parents were taken by the Nazis, and she spent the next two years living on a rural farm. Arek survived Auschwitz and several other concentration camps until he was rescued at age 16. The children all survive, but most of their families do not. 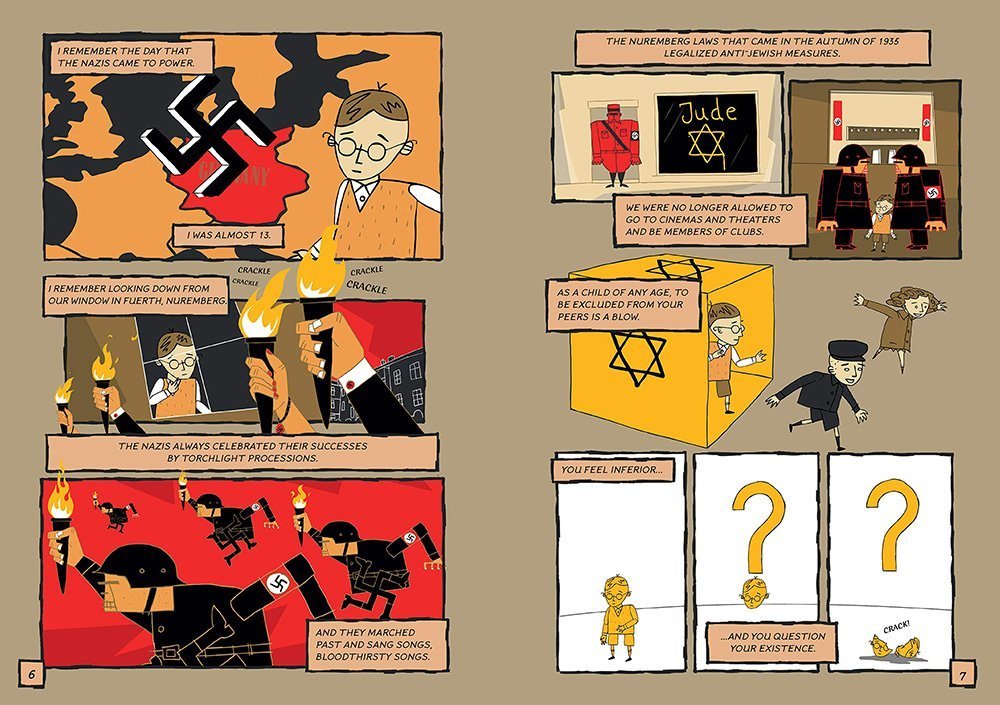 There’s no doubt that this is heavy reading matter. However, if like me you believe that it’s important to have a working knowledge of history, including the ugly parts, then this isn’t a bad place to start with older children. The graphic novel format makes the history accessible, while the stylized drawings create some distance from the emotionally charged subject matter. Back matter includes updates on each child’s story after the war and a photo of the real person, along with a glossary, timeline, and helpful websites. (Ages 10-13.)

Disclosure: I received sample items to facilitate this review. All opinions expressed are completely honest and my own, based on my personal experience. Your experience may differ. This post contains affiliate links. As an Amazon Associate I earn from qualifying purchases at no additional cost to you.