Editor’s note: We believe that all birth stories and all birth experiences matter. This post is part of an ongoing series of birth stories submitted by readers and fellow bloggers, featuring a diverse range of women and their birth experiences. This week I’m honoured to share Alicia’s birth journey through infertility, intrauterine insemination, and HELLP syndrome. If you would like to share your own birth story, please visit this post to learn how. ~Olivia

We tried for 4 and a half years to conceive our one and only child. I went to acupuncture once or twice a week for the last year and a half of our journey to conceive. We did 4 rounds of IUI (intrauterine insemination): the first one resulted in a pregnancy that miscarried, the second and third rounds results in disappointment, but on the fourth round, we conceived our baby!

My pregnancy was wonderful; I LOVED everything about being pregnant. I felt better than I ever had and I was not about to complain about minor inconveniences such as reflux and back pain. Do you know how many years I listened to women whine during pregnancy and I wanted to shake them and tell them how lucky they were? I did weekly prenatal yoga, weekly acupuncture, and hired a birth doula (all great decisions!).

In week 38 of my pregnancy, I traveled 4 and a half hours to be in my sister’s wedding. I was tired, shaky, and nauseous. I continued to feel pretty miserable but again, I wasn’t about to complain. Two days before Parker’s due date, I called the doctor and told him something was off. I came in and everything appeared fine, but I did get a note saying I wouldn’t be returning to work until my maternity leave was over.

That night around 8:30 pm I realized I was in labor. I woke up a few times in the night and timed my contractions which were 5 minutes apart but I wasn’t in any pain. I called my birth doula 12 hours later and she came over around 10:30 am. She timed my contractions but I never asked where they were at. I used my therapy ball and Jason to help during contractions. At one point, my doula went out to her car. I told my husband that I’d be at the hospital right now if I didn’t have a doula. When she came back in, we all decided I would take a bath. Jason called my doctor to tell him that I would be missing my scheduled appointment that day, and they tried to convince him that I should still come in. That wasn’t happening!

I couldn’t get comfortable in the bath. My doula asked if I was ready to go to the hospital and I responded with, “If I go now and they offer me drugs, I don’t know if I can say no.” She said I could stay in for a few more contractions and then we needed to leave. I felt pressure and thought I needed to use the restroom. I sat on the toilet and pushed really hard and my water broke at 3:35 pm. On the way to the car, I got a bloody nose. We drove the 30 minutes to the hospital on a road with so many pot holes! I had lots of pressure and didn’t realize it at the time, but I was pushing in the car the entire time (our doula was in the car behind us).

When we arrived at the hospital, they asked me to give a urine sample. I sat on the toilet and my doula said I needed to get into the bed. The bed wasn’t made yet so Jason told me I couldn’t get in. I said, “I am getting in that bed!” I got in bed and they placed a HEP lock (I was shooting for a natural birth) and asked if I was okay with blood transfusions if needed. I said yes. They checked me and said I was dilated at a 10 and asked if I could push. I did and they said I’d better stop if I wanted the doctor to get there in time. I pushed 20 minutes and our baby boy (we didn’t know the sex until then) was born! He was a healthy 7 pounds, 15 ounces. 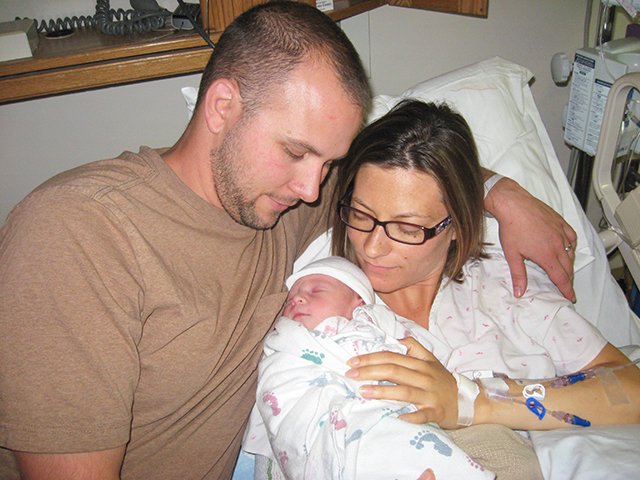 And then all of a sudden I was in so much pain! My placenta wouldn’t detach. My blood pressure skyrocketed. They couldn’t get IV’s in because my veins were collapsed. They realized I had HELLP syndrome (Hemolysis, Elevated Liver enzymes, and Low Platelet count). Parker was on my chest and the doula kept telling me to concentrate on my precious baby. I was bleeding a lot, my liver and kidneys were failing, and I had clonus. They put me on magnesium B to slow down brain activity. I was on so many medications and fluids. I had a PIC line, a plasma transfusion, and 3 blood transfusions.

I stayed in the hospital 6 days. I had one nurse assigned to me and I was her only patient. My milk wasn’t coming in but I tried and tried to nurse Parker. He had to start the supplemental nursing system (SNS). Once home, I was nursing for 20 minutes, doing the SNS feedings, and then pumping 20 minutes every feeding session. I would barely get anything from pumping but I would run my finger along the inside of the tube and put it in Parker’s mouth. On day 13, I called my acupuncturist and told her about our experience. She had me come in right away.

It was the weirdest experience ever! I was lying on the table with the needles in me, and I felt as if I was on a tire swing that would wind up and let go. I kept feeling my body to make sure I was straight on the table because I felt like my body was in a C-shape. She was disappointed my milk didn’t come in while I was there but it did come in on the drive home! We feel so lucky for our experience and that Parker was born healthy! 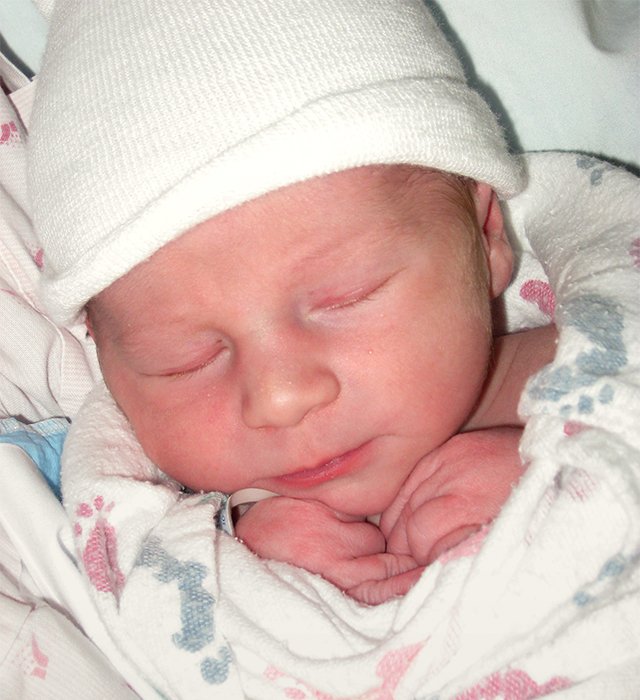