Dear: One pissed off mother

By now, you’ve probably seen your letter go viral on social media and in the news. There’s a whole lot of anger and hate directed your way. You’re probably terrified that somebody will out you to your neighbours and to the media. I know a lot of people think you’re a monster, and let’s be honest, that letter was vicious and deliberately cruel, but I think you’re just a person. I think you’re a daughter, a mother, maybe a sister, maybe a spouse, just like the rest of us in most ways, but somewhere along the way you started living in fear.

The letter you wrote is not the writing of someone concerned about the noise level in her neighbourhood.

“Do the right thing and move or euthanize him!!!”

That kind of personal attack on a child displays an almost paralyzing level of panic and fear. Fear of the unknown, fear of someone different from yourself. 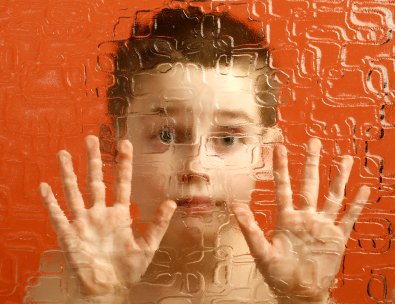 Fear makes us behave in ways we might not otherwise. Fear is an atavistic emotion and makes our frontal lobes – our thinking, reasoning selves – shut down. Fear can turn off our consciences. Fear can make us cowards. Now don’t get me wrong, fear is a sound evolutionary strategy for self-preservation. But the problem is we don’t always get it right. Sometimes we feel fear when there isn’t any (good) reason for it.

Fear produces an instinctive freeze, flight, or fight response. That’s why you attacked a 13 year old boy with autism and his grandmother from the safety of your anonymity. Nobody taught you the lifeskills necessary for self-awareness – how to identify your feelings and examine your reasons for feeling that way. You need to do that for your kids though. If you can’t do it, somebody else needs to. I do worry about what lessons you are teaching your children. Please don’t raise them to be afraid and angry like you. Let them be freer than that.

A good friend of mine cares for two women with Down Syndrome in her home. My 3 year old is afraid of them. Whenever we talk about my friend, my daughter tells me, “Mommy, I’m afraid of Aunty’s friends.” I understand why she feels that way. She knows they’re different. She can tell that something about them isn’t “normal”. But here’s the thing. She’s three, so it’s okay for her to think that different equals scary. She doesn’t have the life experience or the cognitive skills to know better. So we talk about the ways that everybody is different in one way or another. We talk about compassion and about treating other people how we would like to be treated. I do my best to help her understand that she doesn’t have to be afraid and that her fear can get in her way. Didn’t anybody ever do that for you?

I never tell her, “I know they’re scary.” I never say, “Don’t worry, you don’t have to see them.” She sticks close to me when we’re visiting, but I don’t allow her to be rude to them. Because that would be doing her a disservice. The world is full of people who are different from her. I need to prepare my kids for life out there in the world and teach them the difference between what is actually dangerous and worthy of a fear response, and what is just a holdover from caveman days. I need to teach my children to be open to difference, or they will live smaller, poorer lives.

Interestingly enough, I also have neighbours with a grandson with autism. He’s five years old and visits them frequently. Yes, he’s different from the other kids, and they all know it. The parents on our street have never talked about it; we’ve never had to. We all insist that the other children treat him kindly and allow him to play with them as much as he is able to. You see, you don’t speak for the rest of us. Your neighbours who have gathered around the Begley family are trying to tell you that.

#Autism isn’t contagious, but fear is. Luckily, so are compassion and human kindness.

Image Credit: “Autism” by hepingting is licensed under CC BY-SA 2.0